During World War II, the Działdowo region was renamed Soldau when troops of the Third Reich annexed this territory from northern Poland, in the province of East Prussia. 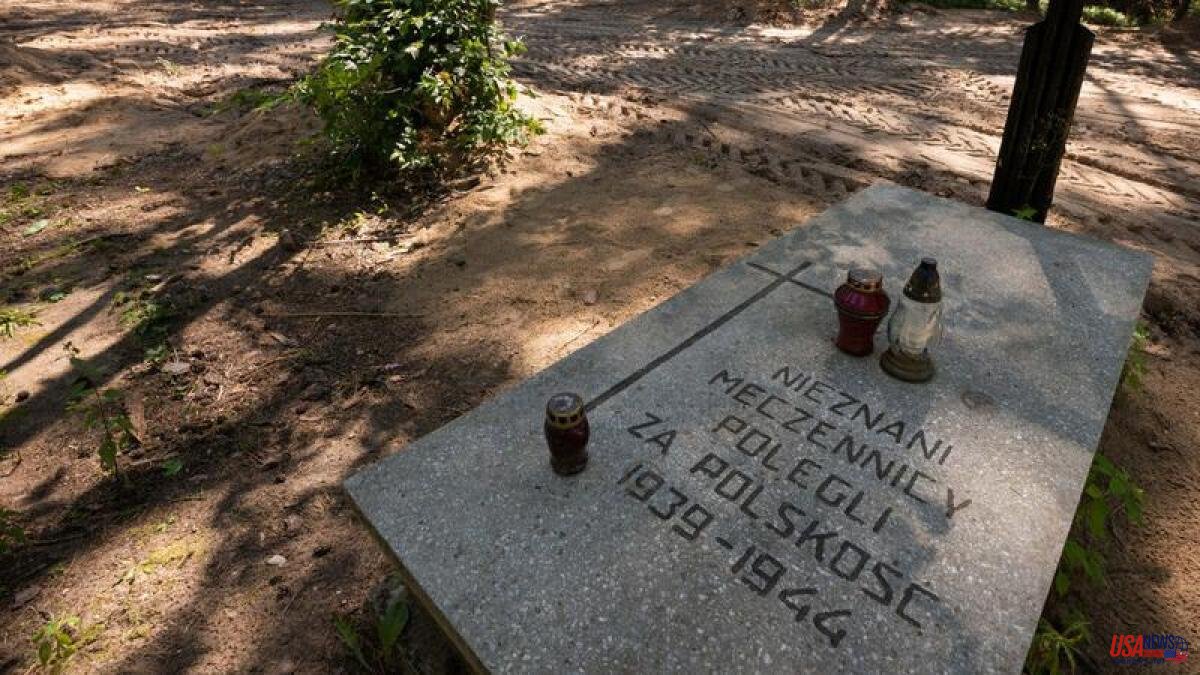 During World War II, the Działdowo region was renamed Soldau when troops of the Third Reich annexed this territory from northern Poland, in the province of East Prussia. During the winter of 1939, an old military barracks was used to found a concentration camp with the authorization of Reinhard Heydrich, one of the main architects of the Holocaust.

It was originally built as a Durchgangslager (or transit camp) where political prisoners were secretly executed. But in the summer of 1941 it became an Arbeitserziehungslage, a labor camp. Some 30,000 prisoners were exterminated at Soldau before the siege was closed in January 1945.

It was precisely on this field that the first Berlin-made spending van was used between May and June 1940. Up to 1,558 patients with mental illnesses sent from nearby sanatoriums passed through it. Most of the victims were buried in mass graves.

Polish archaeologists have now discovered the location of two such mass burial sites. Located a short distance from Soldau, the site contained up to 17.5 tons of human ashes. Specialists indicate that they correspond to at least 8,000 victims.

The most plausible hypothesis is that the prisoners were buried in the tomb, but that the Nazis, in an effort to hide the evidence of the genocide, redeared the bodies of Jews, members of the Polish social and ecclesiastical elite, and political opponents to burn them.

“The Germans decided to evade responsibility for the crimes they had committed. In the spring of 1944, the bodies of the people buried here were excavated and cremated. The unburned remains were shredded, so that the crime would not see the light of day and no one could be held accountable. But the cover-up has failed because we will never allow a single one of the heroes and victims of World War II to ever be forgotten," said Karol Nawrocki, president of the Institute for Historical Memory.

Experts plan to conduct a DNA analysis of the remains to find out more about the victims. Among the Poles who were killed were intellectuals and members of the clergy, as explained by Tomasz Jankowski, head of the Investigative Commission for Crimes against the Polish Nation in Gdańsk.

Among the evidence found are hundreds of pieces of clothing, buttons and other items, but nothing of value. That makes archaeologists think that the bodies were looted before being cremated. "The estimate of 8,000 victims is based on the body weight of a burnt person, estimated at about 2 kilograms," says Jankowski.

For his part, Polish Prime Minister Mateusz Morawiecki said, at a ceremony held to commemorate the memory of the deceased, that Nazi Germany caused immense damage to the Polish people. Some six million Poles died in World War II, including three million Jews. In 2019, a parliamentarian pointed out that the losses at that time could amount to 830,000 million euros.

Archaeologists and anthropologists from the Pomeranian Medical University explain that, despite the different names given to the site (transit camp, prisoner-of-war camp, labor and correction camp) “none obscured the real purpose of the place. , which was the planned extermination of the Polish intelligentsia."

"In the Soldau camp, the victims of the Intelligenzaktion died, that is, the German extermination action that sought to eliminate the Polish state elites," Karol Nawrocki points out. The first inmates were Polish prisoners of war, but they were soon replaced by Jews, clerics, intellectuals, and representatives of all other classes of society. Nearly half of the people incarcerated there did not survive, either through shooting, starvation, disease, or mistreatment.