A magic backheel from Darwin Nuñez is not enough for Liverpool

The Premier League debuted with surprise. 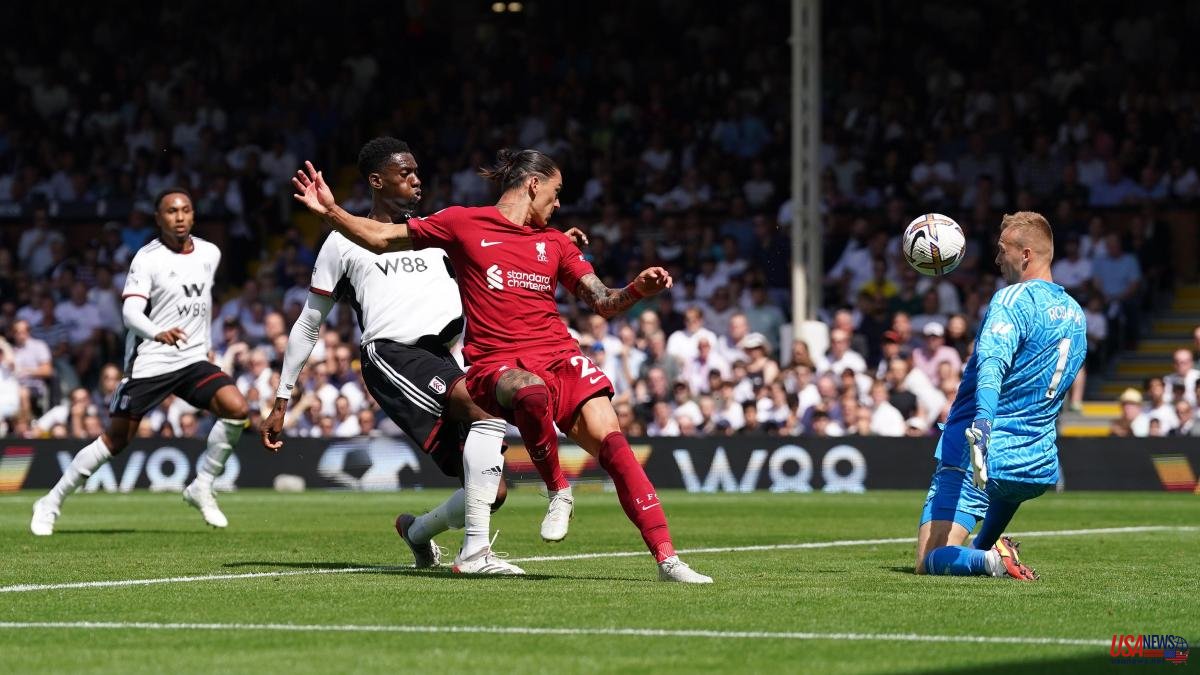 The Premier League debuted with surprise. Liverpool, along with Pep Guardiola's Manchester City and Chelsea, probably the three big favorites for the title, did not go beyond a draw (2-2) at Craven Cottage against a seasoned Fulham, a newly promoted team who had their chances to win.

The duel did not disappoint anyone and it did not matter that it was the debut. It was played with the typical intensity of the competition, a wild back and forth: fast transitions, vertical football, Premier in its purest form.

Jürgen Klopp chose to leave all his new ones on the bench and took out the gala eleven from last season, with most of those who played the final of the last Champions League against Real Madrid in Paris with the exception of Sadio Mané, now in Bayern Munich. The attacking triplet was made up of Colombian Luis Diaz, Moh Salah and Firmino, with Uruguayan Darwin Núñez waiting for his chance.

Opportunities followed soon after and it was Fulham who took the lead in the 32nd minute through Serbian Mitrovic, who got ahead of Alexander-Arnold at the far post to head in Kebano's cross.

The response of the reds would come first in a shot at the post by Luis Diaz still in the first half and would materialize already in the second half. Thiago Alcantara retired injured right away and Darwin Núñez came on for Firmino.

In 63 minutes, Nuñez tied the match with a heel pass from Salah. He had already had two opportunities before, but Fulham would go ahead on the scoreboard again, now in the 70th minute with a penalty from Van Dijk to Mitrovic, which the Serbian striker himself would transform.

The game turned into a harassment and demolition of Liverpool, who would find the final 2-2 in an assist from Núñez and a shot from Salah. The Egyptian scored for the sixth consecutive season on the first day of the Premier. In injury time, Liverpool could have won, but Henderson's shot hit the post and Fulham retained a point.