A Madrid derby with the focus on Vinícius

Vinícius' behavior on the pitch covers up almost everything else in tonight's Madrid derby (9pm) at the Metropolitano. 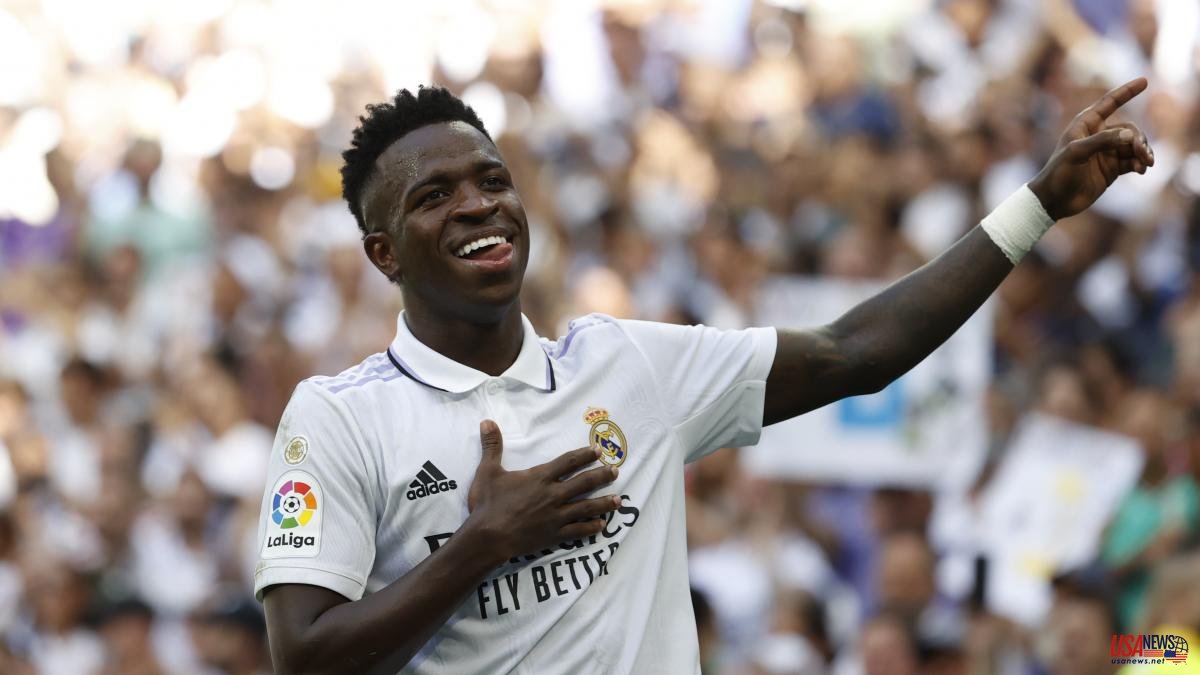 Vinícius' behavior on the pitch covers up almost everything else in tonight's Madrid derby (9pm) at the Metropolitano. Real Madrid denounced racist behavior towards its player in a statement in recent hours and announced legal action if it is repeated, but Carlo Ancelotti himself, in his previous press conference, spilled water on the club's strategy by distancing himself from the himself assuring that he does not see racism in Spain and that nothing happens to his player.

The controversy over whether Vinícius is a provocateur or a provocateur is also seen as artificial by Diego Simeone, who never enters these puddles. He has enough to try to straighten out a campaign that has not gone well for him so far. Atlético comes from losing in Germany in the Champions League against Bayer Leverkusen and in the league they have been irregular and are already five points behind Madrid, which could be eight if they lose tonight. Too many for six league games.

The truth is that this derby is presented as the most unbalanced in recent years, both for the classification and for sensations. Madrid arrives as the clear favorite because they have won eight games, cementing their triumphs in the second half, where they have scored 16 goals and conceded none.

For the match, the Whites do not have Karim Benzema, who has not arrived on time and has not even been called up by Didier Deschamps for next week's Nations League games. Rodrygo points to a center forward, as he already did against Leipzig on Wednesday. Asensio would also have an option because he reconciled with Real Madrid with his last-minute goal against Leipzig. The less clear alternative is that of Eden Hazard.

Atlético arrives at the appointment with many doubts. For the first time, whistles against Simeone and his conservative approaches have been heard in the stands of the Metropolitan. The Argentine did not want to talk yesterday about whether Vinícius is a provocateur or a provocateur: "This is the society we have," he said.

The Griezmann issue is right now an open wound. The Frenchman can only play less than 50% of the possible minutes so that Atlético does not have to pay the 40 million for the execution of the purchase from FC Barcelona. Simeone has solved the problem by taking the Frenchman out at game time. He seemed satisfied but after the defeat in Germany Simeone commented that his team plays better with Griezmann.

In his press conference yesterday, Simeone was once again the club man of almost always and assured that Morata and João Félix are the starters because they are doing very well and that Griezmann contributes a lot in the last half hour. Everyone happy. Simeone has a very important derby in sight and he doesn't want idle controversies. The Argentine confirmed the recovery of Oblak, but will not have Savic or Giménez in the axis of the defense. Homework for Witsel, Felipe, Reinildo and Mario Hermoso. He will have to choose. The Belgian is the only insurance.

The balance of the last twelve derbies is very favorable to Madrid, which has won five times, on six occasions there was a tie and Atlético won the last one, last season (1-0), when Madrid had already won the League in the previous day.

Diego Simeone has managed Atlético against Real Madrid on 36 occasions, with ten wins -five at home-, eleven draws and fifteen defeats. His team scored 34 goals to 47 of his rival. This Sunday's derby will be number 22 for him in the League, which will match Luis Aragonés, the other coach in the mattress fan's saints.