The National Police has recovered in Sabadell an 18th century manuscript that disappeared in the Parish of San Pedro de Herbogo, in La Coruña. 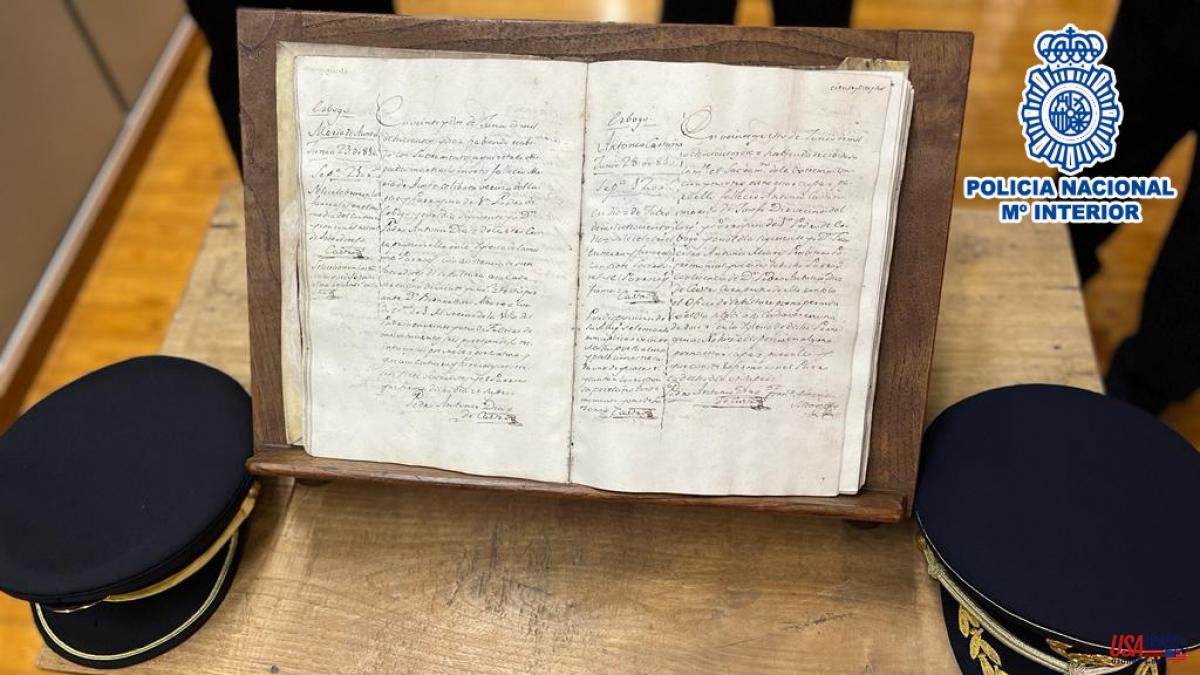 The National Police has recovered in Sabadell an 18th century manuscript that disappeared in the Parish of San Pedro de Herbogo, in La Coruña. Last August, the person in charge of the Diocesan Historical Archive of Santiago de Compostela denounced its loss, along with other works and documents. However, the exact time that the document has been absent is unknown.

Since its loss was announced, the National Police began an investigation and found that one of the lost documents was being offered on the Internet. Through a network link, a bookstore specialized in old books with physical headquarters in Sabadell was reached.

The agents found the person in charge of managing the bookstore. However, they were unable to specify how it became part of their catalog by dating its acquisition some 20 years ago.

The National Police does not rule out the possibility of finding more documents. And it is that from different parishes of Galicia a huge number of books and different objects disappeared in the 70s and 80s.

In this sense, the coordination and cooperation between the Historical Heritage Group of the National Police in Barcelona and the different actors dedicated to the recovery of works of art is continuous and permanent.