A long winter of discontent

The moment of truth has arrived for Europe. 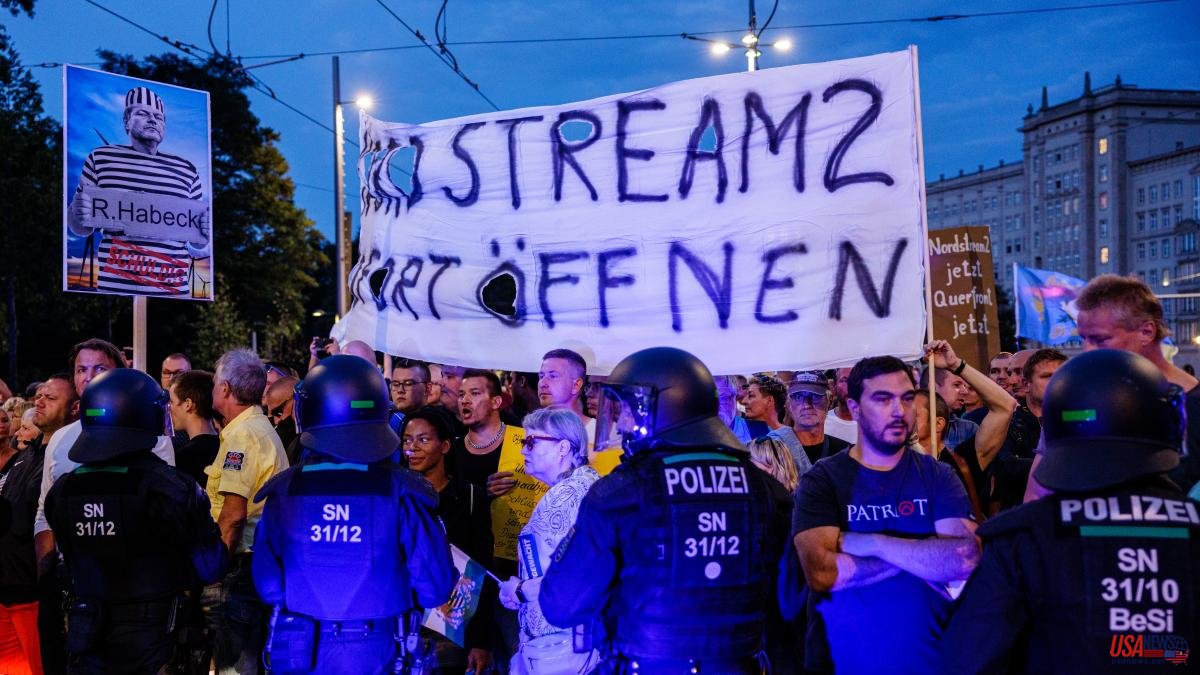 The moment of truth has arrived for Europe. The real pulse of the war in Ukraine is going to move – it has already begun to do so – from the battlefield in Donbas to the territory of the European Union and the United Kingdom. And it will be here that, this winter, the outcome of the contest will largely be decided. The energy retaliation unleashed against Europe by Russian President Vladimir Putin, in response to harsh economic and financial sanctions from the West for the invasion of Ukraine, will seriously test the social cohesion and political stability of European countries.

Putin has brazenly bet on this card, persuaded that Russia – where public opinion is muzzled – can put up with much more than Europe, which he sees as the weak link in the Western coalition. On Wednesday he returned to it: "The level of industrial development achieved in Europe, the quality of life of people, socioeconomic stability, all of this is thrown into the furnace of sanctions (...), it is sacrificed to preserve the dictatorship of America in world affairs,” said the Russian president, trying to drive a wedge between Europeans and Americans.

Russia, so far, has largely managed to weather the negative effect of the sanctions – the most important of which will only have a long-term effect – thanks to the strong increase in the price of gas and oil, its main source of income, and the diversion of production previously destined for Europe to Asia. Meanwhile, the European countries, victims of runaway inflation and destabilizing energy prices for a large part of the citizens –also threatened with possible restrictions–, are going to face a growing discontent whose first symptoms are already beginning to be perceived.

In Naples, a week ago, the unemployed burned their gas and electricity bills in public, threatening to stop paying them, in a gesture that describes the unease that is taking over all of Italy and that will most likely result in the polls on the 25th. September in a victory for the far-right Giorgia Meloni –and her allies Silvio Berlusconi and Matteo Salvini, declared Russophiles–, which could call into question the foreign policy maintained until now by Rome with the government of Mario Draghi. (The rise of the far right, which already took place in France's legislative elections last June, could today put another notch in Sweden, where polls put the eurosceptic Sweden Democrats in second place.)

If in Naples they burned receipts, in the United Kingdom a citizen platform promotes the cry of Don't pay energy bills (Do not pay energy bills) a movement of refusal that has already captured 184,000 signatures and aims to reach a million. Meanwhile, the unions have been organizing strikes for weeks to demand better wages. In Belgium, trade unions have threatened to call a general strike on November 9 if the government does not take urgent action against inflation and rising energy prices. And in other countries, such as France or Spain, a hot autumn is also expected in this area.

But not everything is about demands for governments to compensate – via increased wages and public aid – for the effects of the crisis. In some countries, sanctions against Russia are directly pointed to as the cause of the problems.

In Germany, a sector of the SPD, Chancellor Olaf Scholz's party, is pushing for negotiations to end the war as soon as possible -which would undoubtedly strengthen Russian territorial conquests-, while voices are beginning to be raised calling for a loosening reprisals against Moscow: in Saxony, elected officials from across the political spectrum sent a letter to the chancellery in this regard, warning of the risk of breaking social peace, while in Lepizig the protesters demanded a ceasefire, the lifting of punishments and "reconciliation" with Russia.

In the Czech Republic, 70,000 people recently occupied St. Wenceslas Square in Prague waving slogans such as "Czech Republic First" and calling for the reestablishment of trade relations with Moscow and the expulsion of Ukrainian refugees (protest that the Prime Minister, Petr Fiala, disqualified attributing it to the "pro-Russian forces")

A survey carried out by the European Council on Foreign Relations (ECFR) shows that Europeans in favor of ending the war as soon as possible (35%) are more numerous than those who advocate the defeat of Russia (22%), while the rest are shows ambivalence or indecision. The former have more weight in Italy (52% to 16%) or Germany (49% to 19%), the latter in Poland (16% to 41%)

French President Emmanuel Macron warned days ago in a dramatic tone that "the end of abundance, carelessness and evidence" had come, and that the preservation of freedom would require "sacrifices". A speech with a Churchillian tone that it is not clear that the population is going to accept with such ease and resignation. So beyond the evocations of the defense of democracy in Europe, what the European leaders are trying to do – in each country and from Brussels – is to take measures to make the coup, which threatens the modest and middle classes be less harsh.

Europe is at stake a lot in this stake. But Russia even more. Because Putin has bet everything on his highest card: energy supply. If he loses, he will lose Europe. He's probably already lost her.