This Wednesday there have been two bank robberies in Lebanon, perpetrated by people desperate to recover their savings. 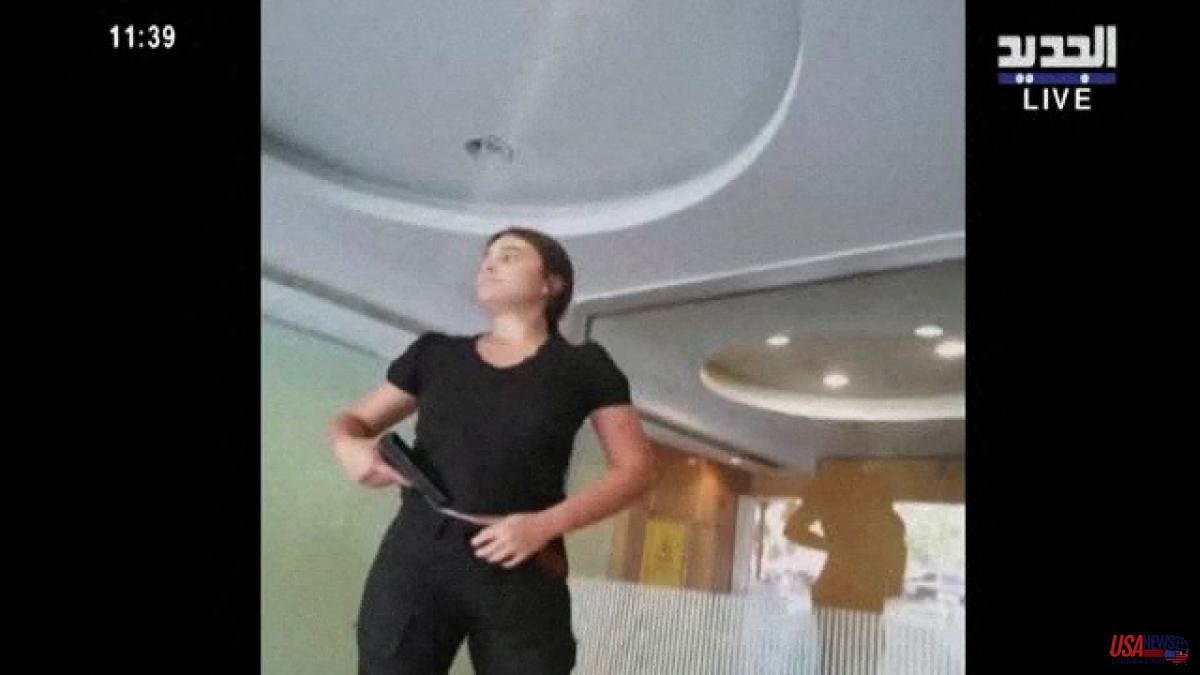 This Wednesday there have been two bank robberies in Lebanon, perpetrated by people desperate to recover their savings. The most notorious has occurred in Beirut, at the hands of a young interior designer. Twenty-eight-year-old Sali Hafez has broken into a Blom Bank branch, armed with a fake gun and joined by several rioters. Hafez, herself a political activist who had attended a protest against general budgets that morning, says she needs the money for her sister's cancer treatment.

During the robbery, several of Hafez's collaborators doused the branch with gasoline and threatened to set it on fire. The assailant has also threatened the director of the office, even shouting that her goal was not to kill anyone: "I am Sali Hafez and I have come for my rights, to recover the money of my sister, who is dying in the hospital" .

After closing access to the branch and obtaining a loot of 13,000 dollars -in addition to thirty million Lebanese pounds, equivalent to twenty thousand euros, according to the newspaper L'Orient-Le Jour- the group would have escaped after breaking a rear window with a extinguisher. The woman, from a wealthy family hit by the crisis, would have been accompanied while she committed the crime by her lawyer, in turn spokesperson for an association called "The cry of depositors." This, which has been briefly arrested, has discouraged this type of action if it is not a case of life or death.

For three years, Lebanese banks have held depositors' savings hostage, while the national currency has been losing more than 90% of its value.

The Blom Bank robber, supposedly on the run, gave an interview to a television hours later, lamenting that the bank refused to give her the family savings on several occasions and assuring that the used gun was a toy and had been lent to her by her nephew. According to her, the bank only allowed her to withdraw two hundred dollars a month, like so many Lebanese.

The day before, Hafez had posted on Facebook a photo of her sister, undergoing chemotherapy, and her three-year-old daughter, with a message in which she assured that she was willing to give her life so that she could be cured and raise her.

Hours later, the same association reported another robbery to recover savings in a town north of Beirut. On social media, many Lebanese express their sympathy for these criminals by force.

The same thing happened a little over a month ago, when a man took several hostages for several hours in another banking agency, where he had deposited two hundred thousand dollars. The individual, who claimed to need money for his father's hospitalization, managed to recover $35,000 of his own savings at gunpoint. Although he was detained for four days, he was released when the bank dropped the charges.