As a good hypochondriac, Joan-Pere Viladecans (Barcelona, ​​1948) confesses that being surrounded by doctors “is the closest thing to being in paradise”. 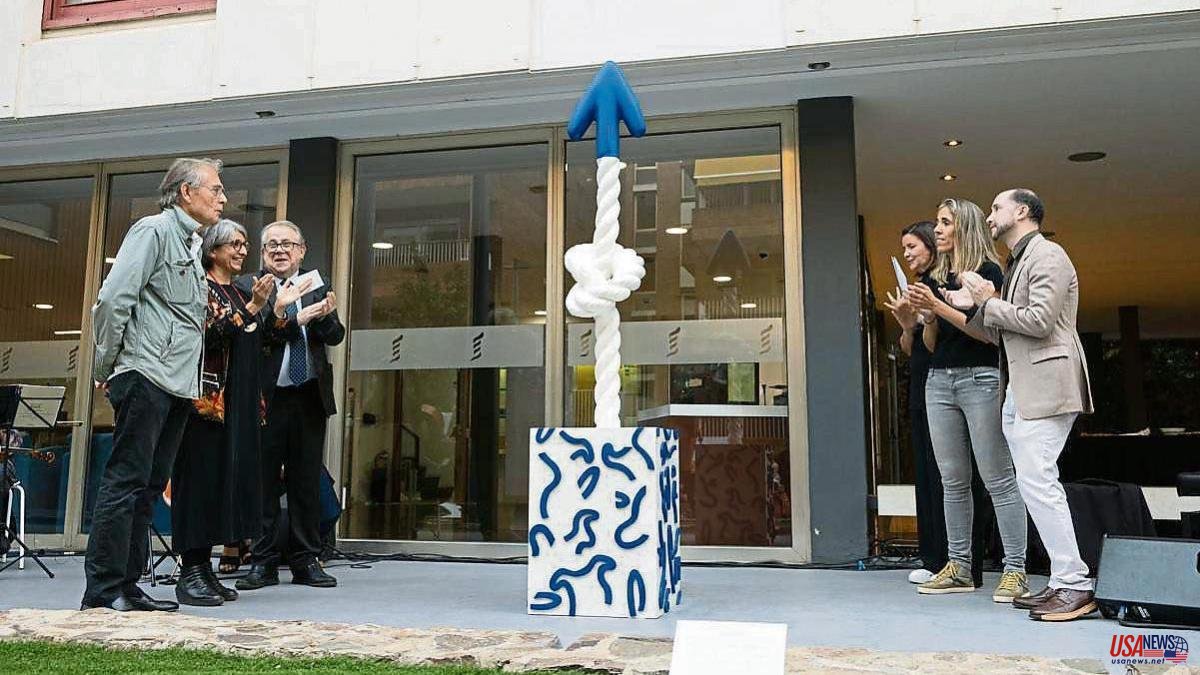 As a good hypochondriac, Joan-Pere Viladecans (Barcelona, ​​1948) confesses that being surrounded by doctors “is the closest thing to being in paradise”. Even more so if the cause of the conclave does not only have to do with illness, pain and death, recurring themes in his painting, but above all with the collective struggle for life and "the will of an entire citizenry to transcend the tragedy". In this case, the covid. That vision, of the pandemic, which does not forget losses but does not shy away from joy and hope for a better future either, is what has ended up shaping Nus, a sculpture that since yesterday points to the sky outside the College of Physicians of Barcelona, ​​in Vilana street.

Nus is the result of a commission from the Board chaired by Jaume Padrós to pay tribute to health professionals and especially to those who lost their lives. Viladecans never contracted the disease, but emotionally he survived the hardest moments of the plague with the awareness that “that was a fight in which we were all involved and that, despite the misfortune, it encouraged us to get the best out of ourselves ”.

The painter and writer has a large public work in the Parlament, the six paintings in the Patrimoni i memòria series, but it is the first time he has faced art in the open air. “I wanted to do something that would be open to multiple interpretations, which is what public intervention has of its own life. Going to a museum to see a painting is not the same as finding an unusual object without expecting it”. That was the challenge.

Inaugurated during an act that included the music of Manu Guix and various members of the Ars Medica orchestra, Nus represents a large pearly rope tensed in a knot, "like a clenched and supportive fist in the struggle of all", which It ends with a blue arrow pointing to the sky “or to the desire to move forward”. Two and a half meters high, it is made of resin on a stainless steel frame, and sits on a support with ambiguous shapes “that represent the waves of the Mediterranean and at the same time recall elements that refer to the virus, bacteria, the patients...". “It is –he concludes– like a human tower in which forces of different sign and origin converge, a happy work that faces that future that we would like to be better”.