A homemade weapon to kill a former prime minister

Japan lives in shock after the assassination of former Prime Minister Shinzo Abe, this Friday, during a rally in Nara. 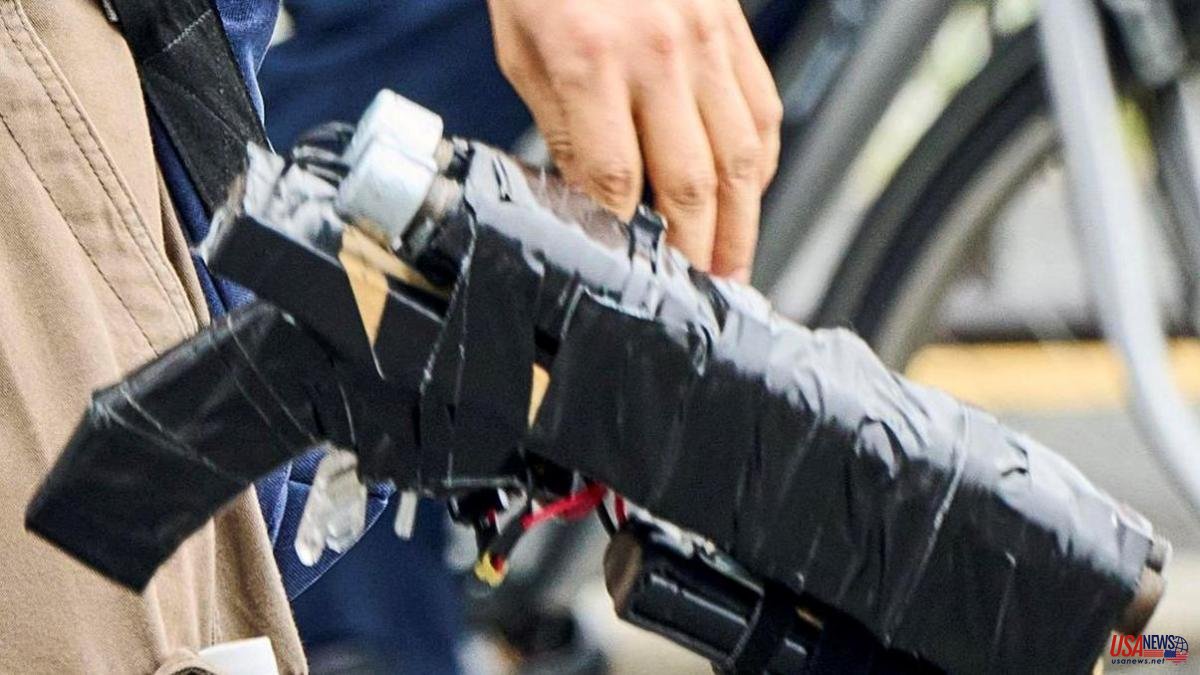 Japan lives in shock after the assassination of former Prime Minister Shinzo Abe, this Friday, during a rally in Nara. A man approached him within three meters and shot him twice in the back with a homemade gun. The emergency services could not do anything to save his life. The former prime minister bled to death shortly after. The event has shaken a country unaccustomed to violent crimes and even less accustomed to attacks against politicians.

The attacker was restrained at the scene by Abe's security services before being detained by police. This is Tetsuya Yamagami, a 41-year-old unemployed man and former member of the Japanese Maritime Self-Defense Forces -between 2002 and 2005-, who was "dissatisfied" with the former president, so "he went to kill him," they said. police sources consulted by Reuters.

In the images of the attack, captured by the cameras of NHK (Japanese television), different views of the weapon that Yamagami fired at Shinzo Abe can be seen. It is a homemade weapon similar to a shotgun about 40 centimeters long and 20 centimeters high. He also used black powder, given the large cloud of smoke that is seen in each shot. A close-up of the gun on the ground appears to show two tubes wrapped in black tape held together - possibly made of aluminum and a wooden base. In addition, it does not appear to have a loading or gripping mechanism and all indications are that the weapon was already pre-loaded before the attack, as they were fired in rapid succession, approximately three seconds apart, according to multiple Japanese media reports. Later, the ex-military man confessed to the police that he had manufactured all these weapons himself to end Abe's life.

Officers searched Tetsuya Yamagami's home in Nara after the incident and discovered several other homemade weapons, including pistols and gunpowder. Explosives experts were also summoned to the scene due to concerns that the homemade weapons could explode unexpectedly.

This is the question asked in Japan: how did he get the gun? Obtaining weapons, primarily rifles and shotguns for sport or hunting, requires an extensive background check and training process. The police are authorized to carry pistols.

Japan - a country of about 125 million people - has the lowest level of gun ownership per inhabitant, with just 0.3 per 100 people, according to data from the Small Arms Survey provided by the BBC, less than the UK and Germany and well below seven guns per 100,000 in the US.

For Japanese to buy a gun, they must first attend an all-day class, pass a written exam, and complete a shooting range test, with a minimum accuracy of 95%. Candidates also undergo a mental health evaluation, conducted at a hospital, and the government does a thorough background check. Only shotguns and rifles can be purchased, and evaluations must be repeated every three years.

Once purchased, the police must be notified where the gun and ammunition are stored separately and under lock and key. The police will inspect them annually. The license lasts for three years, after which you must attend the course and pass the tests again.

Therefore, firearms are strictly controlled and strict laws have been applied for decades. The original firearms control law dates back to 1958 and states: "The possession of firearms and swords is prohibited," according to Japanese media.

In Japan, shootings are rare. Last year there were only ten incidents with a weapon, none in Tokyo, the capital; and one person was killed and four injured, according to the National Policy Agency.