A hilarious montage of Wagner's 'Ring' divides the public in Bayreuth 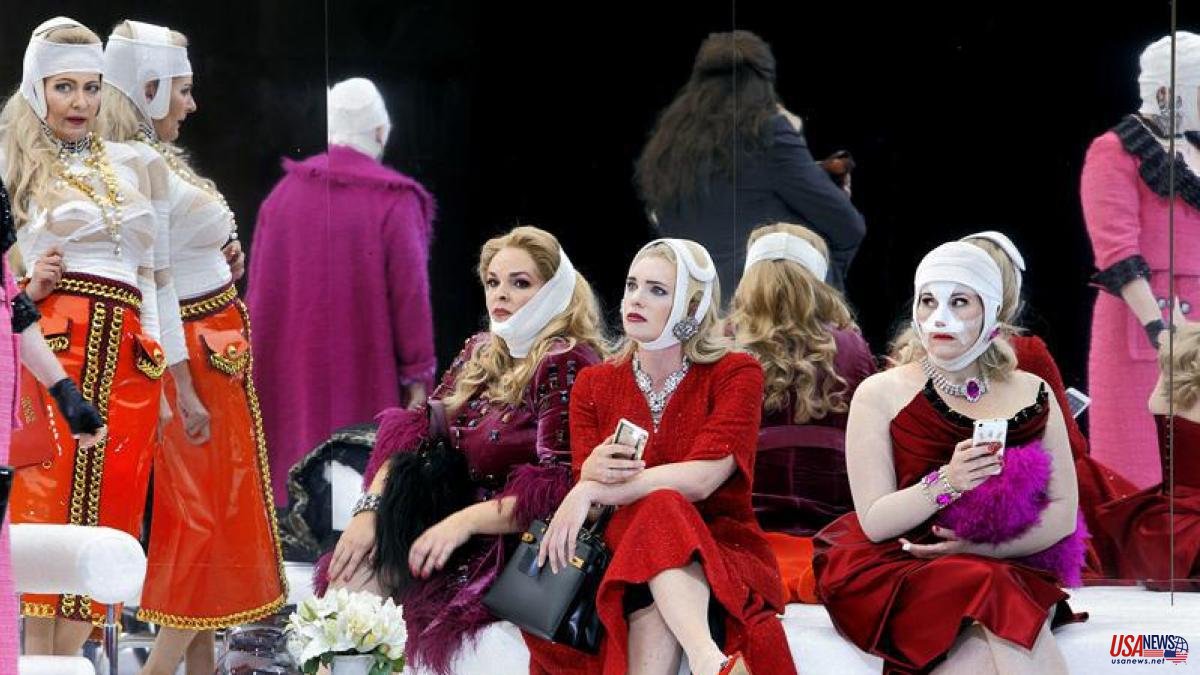 Unwanted pregnancies, adultery, incest, new rich in low hours, kidnapping of minors, brilli-brilli tacky... all this and more has already been seen halfway through the new production of the Wangerian tetralogy The Ring of the Nibelung premiered by Bayreuth And that continues throughout this week.

The oldest music festival in the world claims its hegemony as a scenic laboratory in its 110th edition. A privilege that Katharina Wagner, great-granddaughter of the composer and current artistic director, has been able to maintain. The new production has the public in suspense, now horrified, now entertained, with a new vision, without gods, giants, or dwarfs, but full of the worst and most human weaknesses and contradictions.

And while it is true that Richard Wagner already introduced a fine analysis of the human condition in his Ring , based on Greek tragedy, the Austrian Valentin Schwarz has taken it to the 21st century, with the aesthetics of a vintage Netflix USA series, as a a post-Trump dynasty.

Challenge achieved if the idea was that the public was eager to discover the new two remaining chapters of this operatic miniseries. Here the Valkyries are operated on their noses, breasts and whatever it takes, while their famous Hojotojo are transformed into screams due to the aesthetic scars. The god Wotan, a rich man without scruples and persecuted by creditors, accepts blackmail, child kidnapping as payment, and everything at gunpoint, like one more capo.

Mistakes in the scenery, falls of the singers, the Polish Tomasz Konieczny, Wotan in The Valkyrie, almost fell from a sofa and had to be replaced in the iconic third act of the opera by the German Michael Kupfer-Radecky. A non-stop of surprises, scares and controversy for a Ring that is presumed to have a tragic and hopeless ending.

In the midst of all this scenic gibberish, the baton of Cornelius Meister, with irregular results with the best Wagnerian orchestra in the world, commands a cast between solvent and correct, far from the golden years of the Festspielhaus.

Katharina Wagner, healthy-looking but wearing an ubiquitous FFP3 mask, presented a new free open-air double concert on the Festival hill. The dedicated and happy audience ended up singing the famous Lohengrin wedding choir accompanied by the Festival Orchestra and the energetic baton of Constantin Tricks. The love of Wagner and Bayreuth seems firmer than ever in anticipation of an end to the Tetralogy that is expected to be thunderous.