The cards are dealt for the resumption of the MotoGP World Championship at Silverstone. 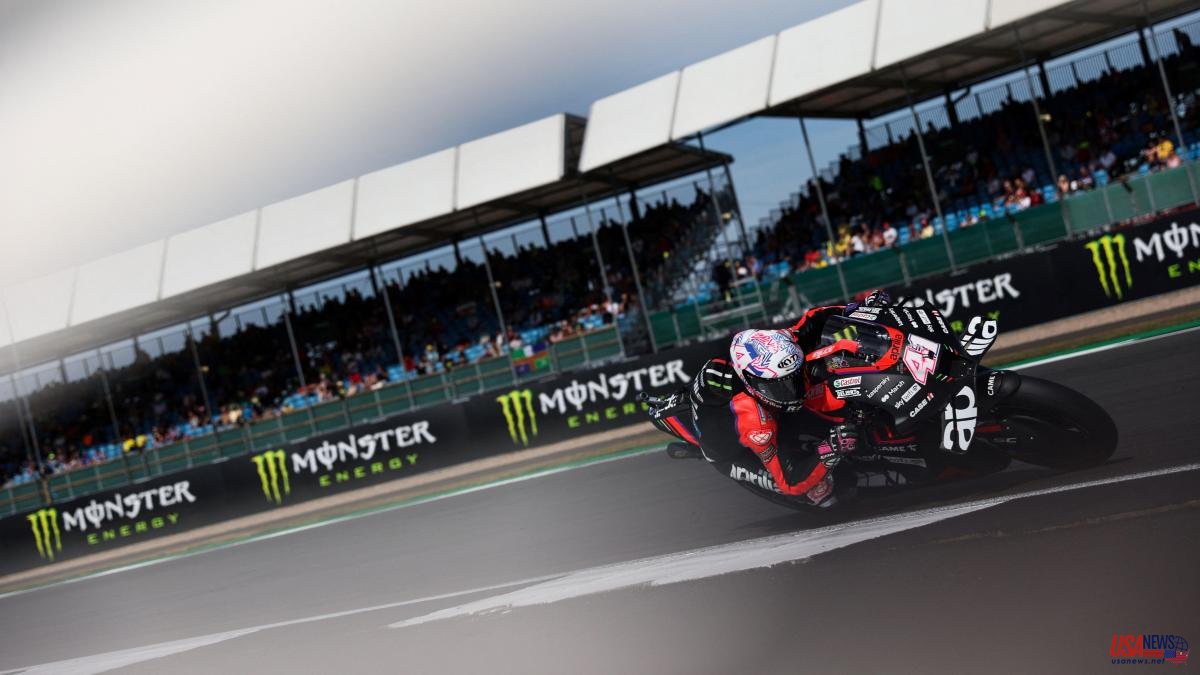 The cards are dealt for the resumption of the MotoGP World Championship at Silverstone. The champion and leader Fabio Quartararo, with a 21-point advantage, will have the handicap of a long lap penalty from Assen -for throwing the Catalan-, while his great rival for the title, Aleix Espargaró, will come out with the painful setback from a bruise on his right foot due to a very hard fall in the last training session, which made him limp to the classification. The Frenchman will start 4th and the Catalan 6th, with Johann Zarco on pole.

After a month of break for vacations, it had to be the weekend of the pressure operation on the leader. Aleix Espargaró set the fastest time in the third rehearsal, the morning one, and showed his cards to Quartararo. But in the last training session (FP4), his Aprilia spit on him at turn 12 at Silverstone, Aleix flew on the high side and landed hitting the asphalt with both feet. He had to be taken off the track on a stretcher, go through the mobile clinic, which diagnosed "bruises on both ankles", and come back very sore in qualifying.

Espargaró was not for parties. It was his turn to save the furniture, not to stay too far behind the grill to have options. Halfway through the session he was the last of Q2, 12th, but he charged batteries, changed tires and in the last attempt he came out with everything: he came first, with a track record, a spectacular 1m57s966, which lowered the best time of Quartararo.

There was a minute and a half to go. The troops were launched. Quartararo attacked and took first place, Miller immediately unseated him and finally Zarco took pole. The Italian Bagnaia and his teammate Viñales also beat Espargaró. Aleix was 6th. Fantastic, considering that he was just coming from the clinic.

The applause of the mechanics, family and friends awaited him when he arrived at his box. His feat had led him to have all the options in the race. Limping, he had been only 28 thousandths behind Quartararo, who will start 4th, in the same second row of the grid.

Anything can happen. Aleix, despite the physical setback, has the help of Quartararo's penalty, a long lap (going through the loop that lengthens the lap) that the Frenchman will surely minimize with the loss of little time. But something is something.

Candidates for victory, due to race rhythms, there are several. Quartararo is always there, the Ducati of Zarco, Miller and Bagnaia will give battle, and also the Aprilia of Viñales -excellent second place- and Aleix Espargaró who will be unknown until the start. More was expected from the Suzukis, who had a good pace in testing, but start far behind, Rins 11th and Mir 12th. The Hondas, disappeared, with Àlex Márquez 17th as the best rider of the winged brand.