A harsh winter inevitable for the ECB

After the decision adopted this Wednesday by the Federal Reserve to raise interest rates by another 0. 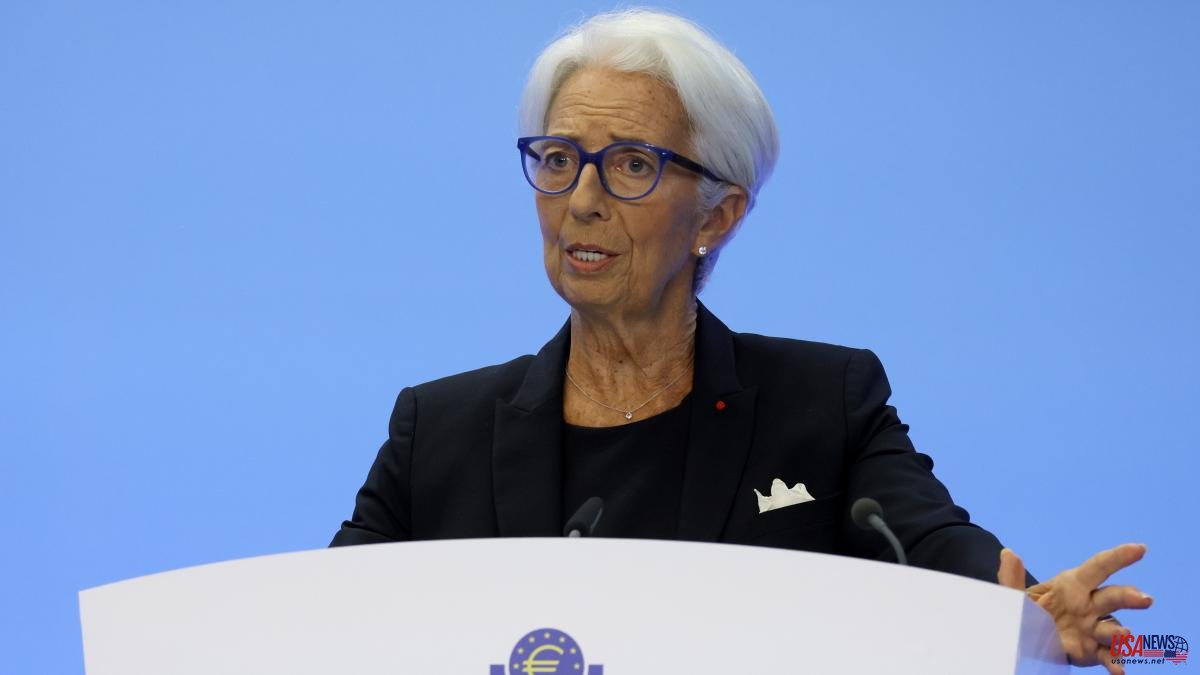 After the decision adopted this Wednesday by the Federal Reserve to raise interest rates by another 0.75%, in the imposing Eurotower of the European Central Bank (ECB) they already know what is coming on October 27. That day the governing council that governs the destinies of the euro and sets its monetary policy will meet and everything points in one direction: in that select conclave, the president Christine Lagarde and the other five members of the executive committee of the ECB -with its vice-president, the Spaniard Luis de Guindos, the Dutchman Frank Elderson, the Irishman Philip Lane, the Italian Fabio Panetta and the German Isabel Schnabel- and the 19 governors of the central banks of the eurozone countries will once again make history and rise again strongly interest rates.

How many? It will be seen, but everything indicates that it will be a lot and not for the last time. As Lagarde and his closest collaborators never tire of repeating for months, everything will depend on the data. And these are not bad, they are very bad. Two days ago, the one on industrial inflation in Germany was published. The so-called Producer Price Index soared 8% in August, taking the year-on-year rate in that month to 46%, the highest level since 1949. Obviously, it is not that Germany has suddenly ceased to be competitive, rather, it is rather one more sign that the inflationary spiral - which, the experts told us, was exogenous, temporary and strictly energetic - already permeates everything.

The data that Lagarde and the 24 ECB advisers will handle in October -the body is made up of 23 men and only two women- will again show very high inflation in the euro area in September, probably higher than 9.1% year-on-year last august. And, as the entity already commented two weeks ago, with high medium-term expectations. For that reason alone, the rate hike to be decided at the meeting should already be aggressive. And it will be. From the current 1.25% in refinancing operations - the classic reference rate when talking about monetary policy - it will go to 1.75% or, perhaps, 2%. The same will happen with the deposit rate that is applied when banks place their surpluses in the ECB, which will increase in the same proportion from its current level of 0.75%.

The data leaves no other way out for the ECB, which, in addition, feels the pressure of the exchange rate with increasing force. The United States is ahead in the economic cycle and the Federal Reserve has raised interest rates earlier and more forcefully, as was revealed again this Wednesday. It is also draining liquidity and, in short, everything contributes to strengthening the dollar and weakening the euro. The current parity - today, the euro falls to around $0.98 - is increasingly in jeopardy. Although the ECB always remembers that it does not have the mandate or the claim to watch over a specific exchange rate, the current price of the euro harms the fight against inflation and adds more pressure to its leaders.

Rates in the eurozone, as already anticipated by the Euribor and the sovereign and corporate debt listed on the markets, are already above 2%, but in the United States it is discounted that they will soon be between 4% and 5%. For this reason, if the euro area did not raise rates much more, the euro would depreciate more and that would complicate the control of inflation due to the rise in the price of imported raw materials, including oil.

In short, everything indicates that the price of money will still become much more expensive in the eurozone. Until when and how much will rates continue to rise? It will depend on the data and expectations on the table at the beginning of the year. By then, with the economies of the United States and the eurozone in something very similar to a recession -we will see if it is apocalyptic, as Nouriel Roubini predicts, or more bearable-, monetary policy will have already caused part of that pain to the people that Jerome Powell, the president of the Federal Reserve, anticipated a few days ago. Will inflation have subsided at the start of 2023? It is highly unlikely. Economists, now more cautious in general terms, hope at least that its rise has been stopped, but little else.

And there may come the most complicated hour of the ECB. Because to high inflation, rates around 2.5%, the recession and what it entails - business bankruptcies and a higher unemployment rate - tensions in the debt market will be added. In June, when the ECB announced the first rate hike in 11 years, risk premiums in Italy and, to a lesser extent, in Spain and other southern countries, soared. For now, spreads are holding up, although Italy already has to pay more than 4% for its 10-year bonds. The risk of fragmentation will appear again and it remains to be seen if the instrument devised by the ECB to combat it works.

The ECB must therefore address multiple fronts with short-term pressure and the need to get the diagnosis, recipe and implementation right, despite the effects of its decisions in the medium and long term, of that pain that can to provoke. That is, surely, what is expected of an institution with so much responsibility on its shoulders.

Mario Draghi, Lagarde's predecessor at the ECB, told the joke about the person who was awaiting a heart transplant and was given the choice between a strong, fit young man and a central banker. And he continued that, surprisingly, the imaginary protagonist chose the heart of the central banker. When asked the reason, he replied: "Because it had never been used"... No one doubts that the economic winter to which the rate hike leads will be hard, but even this time, when it looks so bad, it will also end. And after him, as always, spring will come.