A half-hearted refuge: only 28% of Ukrainian refugees found work in the host countries

The integration of Ukrainian refugees into the European host countries has not been as successful as it was predicted at the beginning of the Russian invasion, when Western countries opened their doors to the Ukrainians in a wave of solidarity that also had a lot of repercussions in the media. 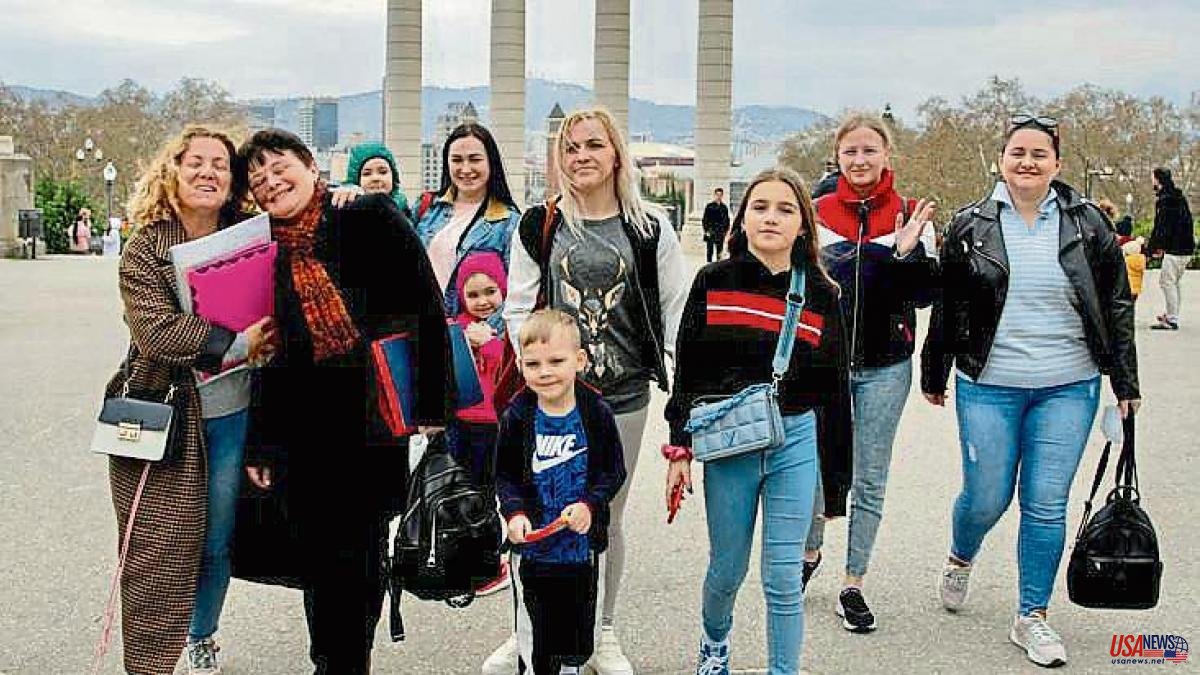 The integration of Ukrainian refugees into the European host countries has not been as successful as it was predicted at the beginning of the Russian invasion, when Western countries opened their doors to the Ukrainians in a wave of solidarity that also had a lot of repercussions in the media.

Despite this initial enthusiasm, reality has set in and many refugees have not had the luck that was promised them in the host countries, to the point that many preferred to return to Ukraine, as the fighting has focused almost exclusively on the south and east of the country.

New data confirms this failure of the integration of refugees, this time from the report of the ILO Observatory on the world of work, from which it can be deduced that only 28% of Ukrainian refugees have been able to find a salaried job, or for own account, in their host State.

Taking figures from the Office of the United Nations High Commissioner for Refugees (UNHCR), the ILO emphasizes that the 28% of Ukrainian refugees who find employment is a proportion "much lower" than the employment rates of these people before the war conflict, "which shows that refugees have difficulties finding work".

Likewise, the ILO report points out that the two main obstacles that refugees have generally not been able to overcome are, on the one hand, the recognition of skills and degrees of qualification, and, on the other, access to language courses and services. of child care.

In addition, the study by this organization indicates that the effects of the Ukrainian refugees on the labor markets of the host countries are beginning to be reflected in the unemployment statistics, although "it has not been shown" that the large influx of refugees has undermined the stability of these labor markets. He gives the example of Germany, where the increase in the unemployment rate is “fully” due to the inclusion of refugees in the statistics since June 2022, although he specifies that there is no indication that Germans are having a harder time finding work.

On the contrary, the study highlights that, in Poland, despite the large number of refugees that the country hosts, the unemployment rate has recently decreased. In June, the European Commission conveyed to the Member States of the European Union the importance of facilitating rapid and effective integration of refugees into the labor market.

Beyond the refugees, the ILO is also concerned about the labor market situation inside Ukraine. Specifically, this organization estimates that the level of employment in the country in 2022 will be 15.5% lower (2.4 million jobs) than that registered in 2021, before the conflict.

In any case, it is not a loss of employment as pronounced as that forecast in April by the ILO, which warned that 4.8 million jobs could be lost. The improvement in forecasts is due to the reduction in the number of areas in Ukraine under occupation, or in which hostilities are actively taking place. The large number of internally displaced persons and refugees seeking work in Ukraine, as well as elsewhere, constitutes an additional challenge and is expected to put downward pressure on wages, the study warns.

All in all, the report estimates that 10.4% of the workforce that existed in the country before the war conflict is currently a refugee in other states. Most of that group of 1.6 million people are women, many of whom previously worked in the education, health and social care sectors. In addition, this organization points out that the effects of the conflict affect the labor markets of neighboring countries, which could lead to political and labor market destabilization in those countries.

Finally, the ILO explains that, in more distant areas, in Central Asia and in the rest of the world, the conflict produces an increase in prices and a greater fluctuation of them, as well as an increase in food insecurity and a worsening of the situation of poverty.