Flight 1325 of Latam Airlines will be unforgettable for the 48 passengers who had boarded it. 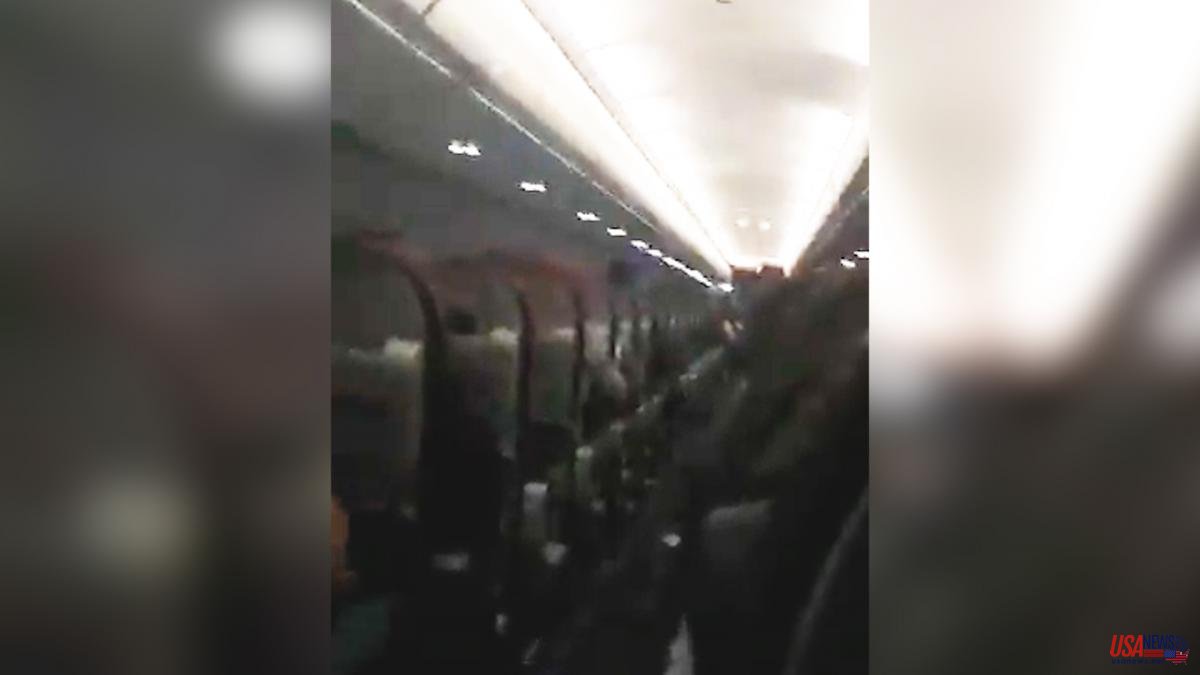 Flight 1325 of Latam Airlines will be unforgettable for the 48 passengers who had boarded it. The hail turned what was expected to be a routine flight into a panic-stricken aerial odyssey.

The route connected Santiago de Chile with Asunción (Paraguay), but it quickly began to go wrong when shortly after taking off, weather conditions made it impossible to land in the Paraguayan capital. Given this, the pilots had to make a landing in Foz do Iguazú, in Brazil, where they remained for two hours until they could resume their course.

This last stage of the flight is the one that turned into hell. A journey that takes half an hour, but the "severe weather conditions en route" forced the pilot to make an emergency landing in Asunción.

In full flight, around 7:00 p.m., the hail began to collide with force against the aircraft. Former model Pabla Tholem, a passenger on flight 1325, told local media that she had never experienced such a situation and that she feared for her daughter, who was carrying her in her arms. “While everyone was panicking, my seatbelt came undone and I screamed for someone to help me,” she said.

From Latam Airlines they have assured that the passengers and crew were in good condition after landing and were treated immediately. "The front part of the aircraft was destroyed," confirmed the director of Airports, Douglas Cubilla. In addition, the president of the Civil Aeronautics Directorate of Paraguay, Félix Kanazawa, told AFP that "the plane landed without an engine and with tears in the windshield."

This last authority has launched an investigation to clarify what happened and find out the causes, to which the airline has already communicated that it will collaborate in everything necessary. The company has received some criticism for its security policy and the protocol that was followed, but the General Directorate of Civil Aviation of Chile has already ensured that everything appropriate was done to protect passengers and crew.