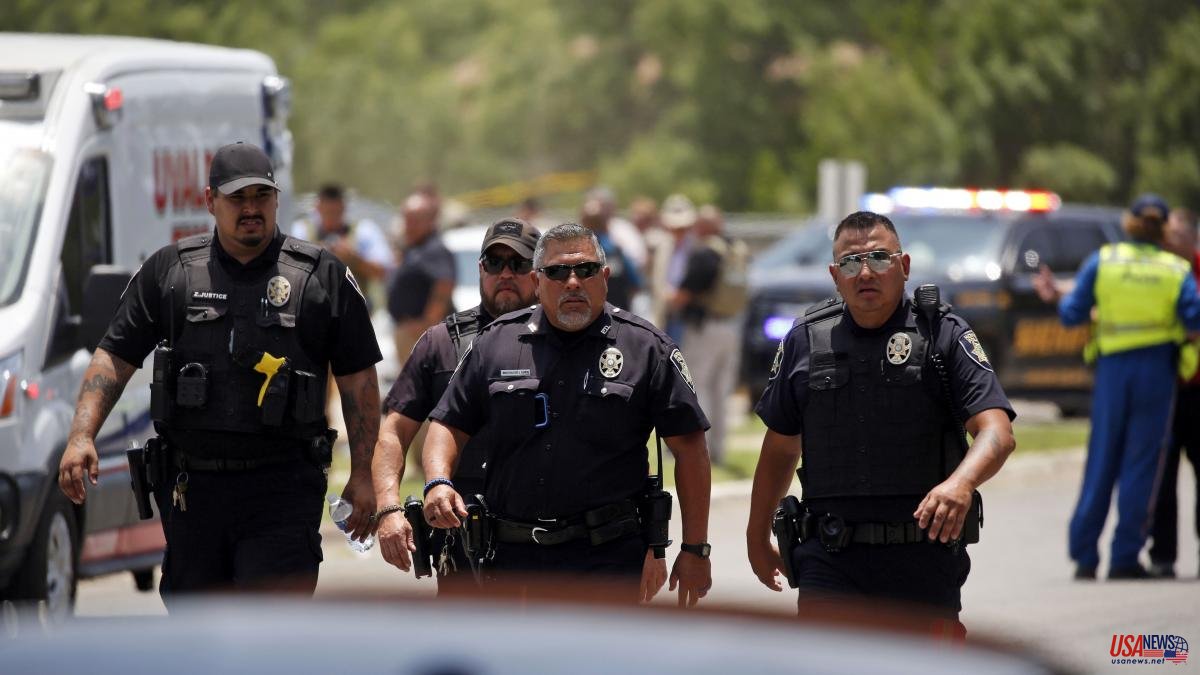 Another day of shooting, another day of mourning in the country of armed mourning. This time it happened in Uvalde, Texas. An 18-year-old white gunman entered Robb Elementary School armed with a pistol and a rifle. He left at least 21 dead, of which 19 were children and two adults, apparently two teachers, before the same aggressor lost his life, as confirmed by Governor Gregg Abbott.

When the facts were known, there was a feeling of going back to the past. The ghost of the massacre at the Sandy Hook school in Newtown, Connecticut was immediately awakened, where in December ten years ago there were a total of 28 deaths, of which twenty were children, most of them seven years old.

The gunman, identified as Salvador Ramos, a former student at the school who was in high school at a nearby center, acted alone and died in the scuffle with the police, two of whom were injured, the governor explained.

In an emotional appearance from the White House, fresh from Japan, President Joe Biden urged Congress to put an end to these "killings." "As a nation we have to ask ourselves, when are we going to stand up to the rifle lobby? It's time to turn this pain into action," he insisted.

Dressed in a bulletproof vest, the gunman rammed the car into the school fence and managed to enter, without the agents specifying how he did it, and began to open fire on the staff and the student.

Previously, there was an incident in a neighborhood home, Sergeant Erick Estrada, of the Texas Department of Public Safety, told CNN. Apparently, the assailant shot his grandmother. "That was the first thing he did on his 18th birthday," Estrada said. The woman was taken by helicopter to a San Antonio hospital, where she was still alive, in a very serious condition.

Ramos had assured on social networks that the attack could take place and warned that "children should be careful." A nearby traffic patrol came immediately. The two agents opened fire without waiting for reinforcements. They managed to "neutralize" it.

This new tragedy occurs just a few days after another gunman caused the death of ten people in a supermarket in Buffalo (in the state of New York), a shopping center where he went with the intention of killing as many black people as possible. . On the networks he posted a manifesto in which he exposed the theory of the great replacement of whites, a conspiracy widely disseminated by the Fox network that emphasizes that immigrants are replacing the white population.

Without specifying the reason for this new massacre, the majority of the population in Uvalde, 70%, are Hispanic.

On this occasion, the alleged perpetrator is a young man who lives in the same Texas city, a town of 16,000 inhabitants located about 130 kilometers from San Antonio. The victims were children in the second and third grades, ages seven and eight.

"He shot and killed in a horrible and incomprehensible way," said Abbott, an ultra-conservative Republican politician who has always opposed any regulation on the sale and ownership of weapons.

“Texans are in mourning for the victims of this senseless criminal act and for the entire Uvalde community,” the governor tweeted. He further noted that he has ordered the state police (Rangers) to collaborate with local police in order to get to the bottom of this case. "There are no words to describe this horror," said Republican Senator John Cornyn. “We are still trying to find out what has happened,” he insisted.

As in all these situations, the initial information was very vague. In the first place, it was said that there had been a shooting outside the school compound and that the gunman had taken refuge in that center. After a while he was sure that there were a couple of dead, two people who were taken to the city hospital, but who had not been able to do anything to save them.

At that time it was indicated that 16 people had been evacuated to that hospital and another in San Antonio. Of the 16, 14 were school children.

Then came confirmation of the worst. Once again, the United States is facing a massacre among the collective of “the most innocent”, as then President Barack Obama stated in December 2012 during his visit to Newtown.

But Republican caucus politicians prevented any restrictions from being imposed. The same thing happened with the Parkland High School massacre in February 2018, which left 17 dead. Nothing progressed either, despite the great mobilization that took place.

A week ago, President Biden went to Buffalo to comfort the victims and lament a blockade that makes it easier for weapons of war to circulate through the streets of the country. This Tuesday he reiterated his request to prevent this epidemic.

When the Uvalde massacre became known, a scene between emotion and rage was experienced in the Senate hall. Senator Chris Murphy (D-Connecticut) made a heartfelt impromptu speech that he addressed to fellow Republicans: “What are we doing here? Why are you here and not solve an existential problem for our nation? This only happens in our country, nowhere else. In no other place does a child go to school and think that they can shoot him, ”he stressed in his intervention.