A group of children protest in front of the national rifle convention:

A group of protesters organized this Friday in front of the convention that the National Rifle Association (NRA) celebrates in Houston (Texas) -just a few hours from Uvalde- to condemn the massacre of 19 students and two teachers in the school of Robb Elementary. 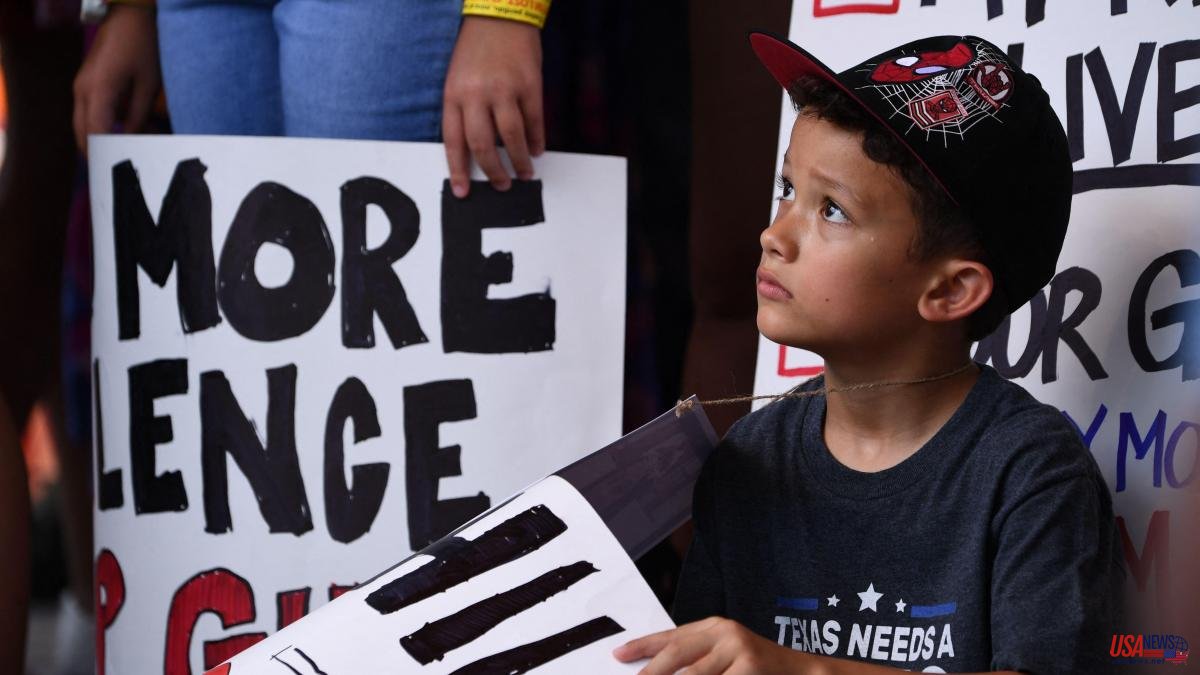 A group of protesters organized this Friday in front of the convention that the National Rifle Association (NRA) celebrates in Houston (Texas) -just a few hours from Uvalde- to condemn the massacre of 19 students and two teachers in the school of Robb Elementary.

In the most absolute silence, a group of children – no more than 12 years old – have formed a long line, one next to the other, their particular claim carrying the photos and names of the 19 children who were murdered at the hands of Salvador Bouquets. Words have not been lacking, just putting a face and names to the minors whose lives have been taken too soon and putting on the table the need to achieve arms control in the country.

Outside the George R. Brown Convention Center, a protester named Harper Young, 15, addressed the press and said: "It is completely unacceptable that gun violence is happening over and over again. It's horrible." , while holding a sign and holding back her tears.

On the other hand, a group of women gathered in the demonstration with a coffin the size of a child and with photos of the victims to show all the cruelty of the massacre of the children murdered in Uvalde.

While Donald Trump was giving his speech at the NRA's annual meeting, just three days after the massacre, protesters have shouted 'No guns', 'Protect our children, no guns! or they have directly branded as 'Assassins' the members of the main organization in favor of weapons in the US.

Becky Pringle, president of the National Education Association, -the largest teachers' union in the country-, rejected the messages that politicians like Trump convey to arm teachers to avoid future shootings. "More guns equal more violence," she said. And she added: "Assault weapons should be banned."

Also among those present was Houston activist Johnny Mata, who called on the NRA to stop the convention and hold a memorial service for Uvalde's victims. The NRA should "stop being a party to the murder of children in American schools."

In response to the rally and protest messages to control the use of weapons, Tim Hickey, a veteran of the Marine Corps who attended the event, dismissed the protests. "These people are puppets and sheep for the media. They are not changing anyone's opinion."

The NRA is the largest gun lobby in the country, giving large donations to members of Congress, mostly Republicans. In fact, in the 2016 presidential election, the NRA was one of the contributors to Donald Trump's campaign and spent around 20 million to discredit Hilary Clinton's candidacy in the opposition.