A great campaign funeral for Bolsonaro

In the magnificent 1980s BBC series Yes, Minister, on the occasion of the funeral of an African president to which the minister must attend, the Machiavellian secretary Humphrey tells his boss: "It will be a great work funeral. 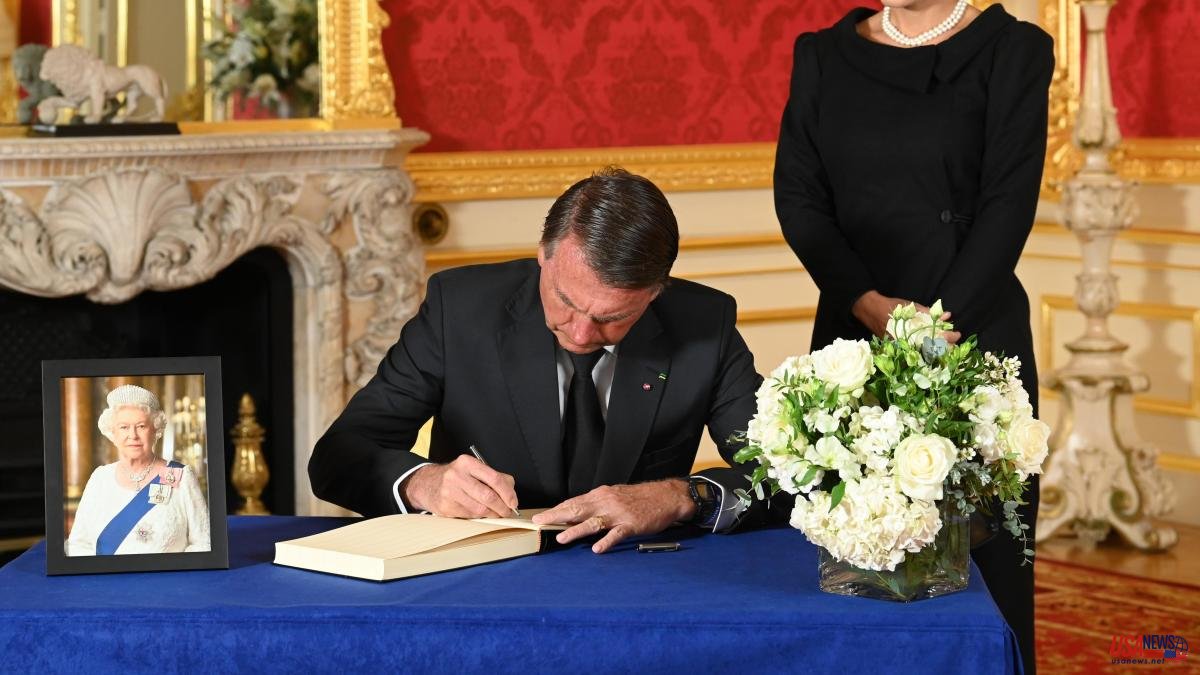 In the magnificent 1980s BBC series Yes, Minister, on the occasion of the funeral of an African president to which the minister must attend, the Machiavellian secretary Humphrey tells his boss: "It will be a great work funeral."

The funeral of Queen Elizabeth II is making it easier for London to host unexpected meetings between states at the highest level, beginning with the first contact of the new British Prime Minister, Liz Truss, with European leaders or with the president of USA, Joe Biden.

For other world leaders, such as the Saudi crown prince, Mohamed bin Salman - accused of ordering the murder and dismemberment in Istanbul of the journalist Jamal Khashoggi - the trip to London was the opportunity to continue whitening his international image and try to rub shoulders with other democratic leaders. , as he has already done in recent months meeting with Biden or the French leader, Emmanuel Macron. However, bin Salman suspended his announced attendance at the funeral at the last minute, after the controversy caused.

And there is at least one president who has taken advantage of the queen's funeral to campaign. The Brazilian far-right president, Jair Bolsonaro, arrived in London early on Sunday and, before standing before the coffin of Isabel II, went out to the balcony of the Brazilian embassy in the United Kingdom, where he is staying, to make his particular London rally of ahead of the October 2 elections.

A hundred of his supporters gathered in front of the diplomatic legation, near Hyde Park, with Brazilian flags or dressed in the colors green and yellow. A small demonstration that did not seem very spontaneous, where Bolsonaro's supporters sang the Brazilian anthem and even prayed an Our Father. And they sang chants that pointed to former leftist president Luiz Inácio Lula da Silva (2003-2010), the favorite to win the elections, since all reliable polls give him a ten-point lead over the far-right president.

“Lula, thief, your place is in prison!” they shouted. And, above all: “Our flag will never be red!”

Going out on the balcony, Bolsonaro responded within the script, not without first recalling that he had not traveled to London to campaign but to pay respect to Elizabeth II, for whom he decreed three days of official mourning in Brazil and whom he called "queen of all ” on their social networks. “We are here at a time of sorrow, with deep respect for the Queen's family, also for the people of the United Kingdom; that is our main objective,” said the president.

But then he harangued: “This demonstration that you are doing also represents what is really happening in Brazil. A moment that lies ahead in which we have to decide the future of our nation,” Bolsonaro said. “We know what is on the other side and what they want to implant in our Brazil. Our flag will always be one of these colors that we have here: green and yellow.”

The former soldier also added in his balcony rally that his government "does not accept discussing the liberalization of drugs, the legalization of abortion, or gender ideology." And he assured, as he has done throughout the campaign, that he is convinced of winning the first round, even though the polls place him in second place. A reiteration that, together with his insistent speech sowing distrust in the electronic polls, leads his script to a sequel to the controversial end of Trump's presidency in the US.

Bolsonaro will attend the funeral for Elizabeth II on Monday, after having participated on Sunday in the reception of King Carlos III at Buckingham Palace. The Brazilian president has traveled to London accompanied by his wife, Michelle; of his son Eduardo, federal deputy; of the millionaire evangelical televangelist Silas Malafaia –the evangelical vote is crucial for Bolsonaro-; and his campaign manager, Fabio Wajngarten, who does not hold any position in the government and who has dedicated himself to spreading Bolsonaro's wanderings through London on social networks to attend the funeral for the queen.