A gesture of great value 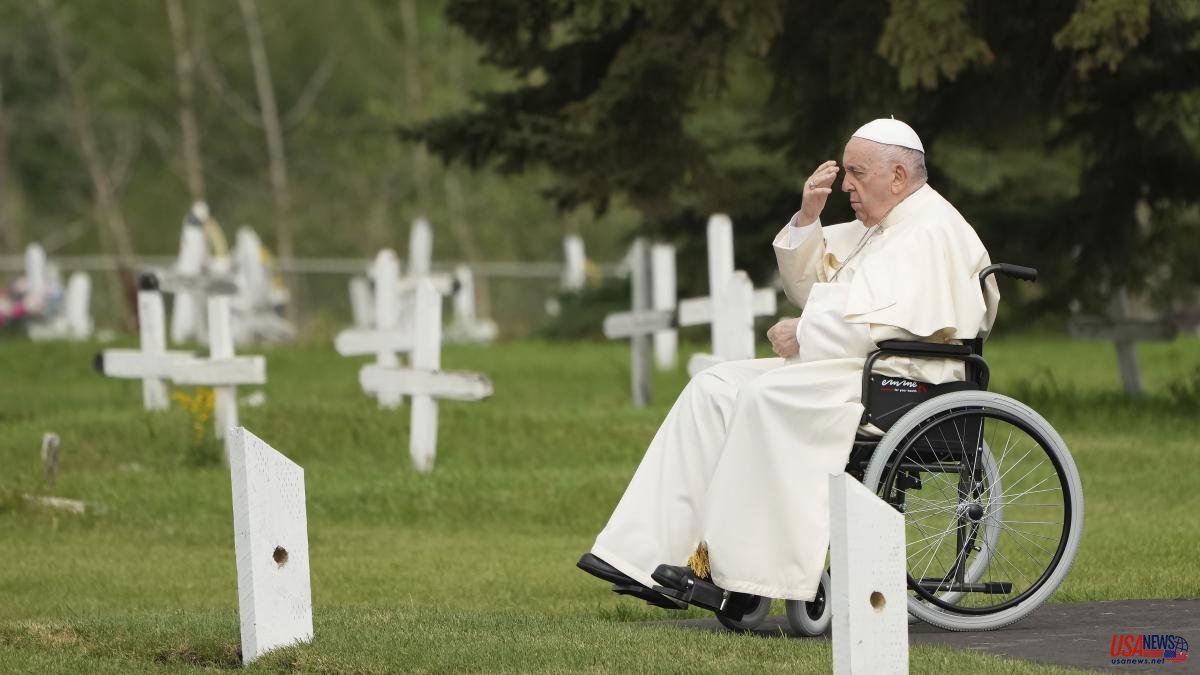 Pope Francis will celebrate ten years as Supreme Pontiff in March 2023. For a long time there have been all kinds of rumors about his health and there are those who have speculated that he could be forced to resign from his position. If it is already strange to have a pope emeritus, like Benedict XVI, who at 95 years old exercises such a condition, it would be a real anomaly for two to coincide together. When Francisco was asked about such a possibility, he categorically denied it: "That has never crossed my mind." But it is true that he is 85 years old, a year ago he had a complex colon operation and now he can barely walk due to problems with his knee.

In this state of health, and after canceling several trips in recent months, it is of great value that the Pope, who needs to use a wheelchair, has traveled to Canada to apologize for the abuses committed against indigenous children in that country. Canadian society was shocked to discover in May 2021 nearly a thousand unidentified graves in various mass graves of special boarding schools for indigenous children. And it is that, between 1893 and 1998, more than 150,000 children were separated from their homes to be interned in these schools, many of which were managed by the Catholic Church. A commission of experts ruled that many of these indigenous minors died due to mistreatment or negligence by their teachers.

The discovery of mass graves, thanks to soil prospecting technology, confirmed a horror that had been sensed for many years, but that the ecclesiastical authorities refused to accept. The absence of a public apology from the Vatican now contrasts with the attitude of Pope Francis.

Beyond the individual opinion of each citizen, whether they are a believer or not, the Pope's gesture deserves great recognition. His state of health could have served as an argument to cancel the trip or he could also argue that not all of these centers belonged to the Catholic Church. However, Francisco will make what he considers a "pilgrimage of penance" for six days, despite the health problems that he carries. His gesture is more than just asking for forgiveness and it dignifies him.