Old Cayman has taken the last big bite of his life. 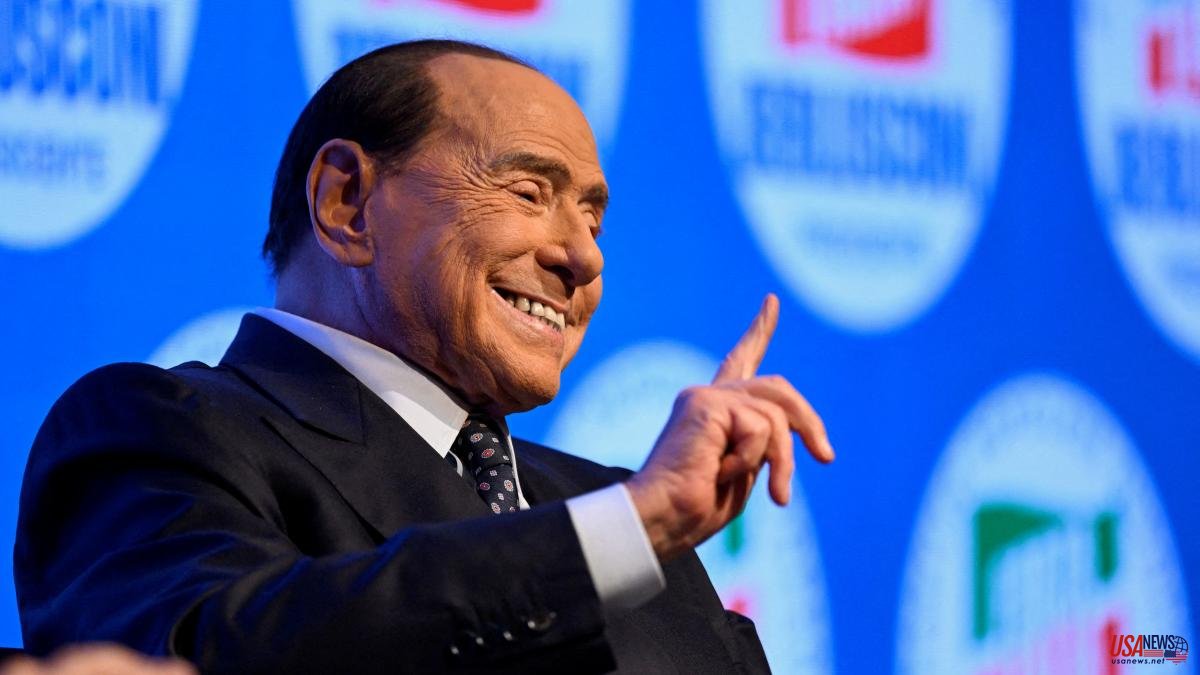 Old Cayman has taken the last big bite of his life. (El Caymán, that's how filmmaker Nanni Moretti titled a hard and crude film about the suffocating weight of Berlusconism in Italian society). The most powerful man in Italy has just carried out a capital increase: his will be the golden share of the new parliamentary majority. Giorgia Meloni will not be able to govern without the active support of the deputies and senators of Forza Italia, the party that Berlusconi founded in 1994, as one more branch of his business holding company.

The focus today is on the novelty of the spectacular rise of the Brothers of Italy, a political organization that has its roots in post-war neo-fascism and in the Republic of Salò. This is the great topic of today, but in Italy you always have to pay attention to nuances and details. And the numbers tell us that Meloni will not have control of all the parliamentarians on the right.

With 44% of the votes, the coalition that unites Brothers of Italy, Forza Italia and Liga obtained 59% of the seats in the Chamber of Deputies and 57.5% in the Senate. This is so thanks to the majority bias of the electoral law. The right has won handily thanks to its agility to come together in coalition. The big mistake of the Democratic Party has been to remain isolated after rejecting a –problematic– alliance with the 5-Star Movement. Enrico Letta announced yesterday that he will not stand for re-election as secretary of the PD.

Meloni's party is the most voted on the right. It has obtained a spectacular result (26%) if we take into account that in the 2018 elections it barely exceeded 4%. Meloni has devastated the League in the north, knocking out Matteo Salvini, a character in low hours, very conditioned by his contacts in Russia and in the crosshairs of the North American intelligence services. The extreme right has also stolen votes from Forza Italia. The Brothers of Italy have gathered almost 60% of the right-wing ballots, but they do not obtain the same percentage of seats within the coalition. Reason: the best placed candidates in the colleges governed by the single-member majority system were distributed using other criteria. Thanks to this, Berlusconi's party acquires a determining position in both chambers, but not the Salvini League.

Associated with the European People's Party, Berlusconi becomes the holder of the gold share. Will he moderate Meloni? That's not the point. We are talking about a power relationship. The businessman from Milan will assert that position of control in the internal market and abroad, in Rome as well as in Brussels and Washington. Berlusconi aspires to the presidency of the Senate, a key chamber for the country's political stability, since in the Italian constitutional system the Chamber of Deputies and the Senate have the same weight. From the presidency of the Senate a government crisis can be unleashed. With three TV channels, too. With the main fortune of the country, too.

The appointment of the Minister of Economy and the government officials in charge of managing the large European recovery funds (191,000 million euros) will be a key chapter in the upcoming negotiations. The same could be said of the Ministries of Foreign Affairs and Defense. Brussels and Washington await news.

Berlusconi will control Meloni, but his health is fragile. This week he turns 86. When he speaks without papers, he proclaims his sympathy for Vladimir Putin. What will become of Forza Italia when he is gone?

"Mario Draghi will be the Lord Protector of Giorgia Meloni", declared the former socialist minister Rino Formica a few days ago. It is no secret that there is a good relationship between Draghi and Meloni, which became evident when the outgoing prime minister expressed his confidence in the future government "whatever its color" during the campaign. That day Draghi left Enrico Letta in the lurch. With his excellent agenda in Brussels and Washington, the former president of the European Central Bank will also draw perimeters. Antony Blinken, US Secretary of State, already announced yesterday that he expects Italy to continue collaborating on the Ukraine issue and remain loyal to the Atlantic Alliance.

Third control, Sergio Mattarella, President of the Republic. Mattarella's sympathy for Meloni is perfectly describable. It is very scarce. The president will monitor the institutional counterweights, whose center of gravity is Parliament. The right-wing bloc has not won the necessary seats to process a constitutional reform without a referendum. His goal, his maximum program is to transform Italy into a presidential republic, with a strong executive that reduces the power of Parliament. 44% of the votes is an insufficient figure to launch the boarding. They will have to wait.