A person who measures 1. 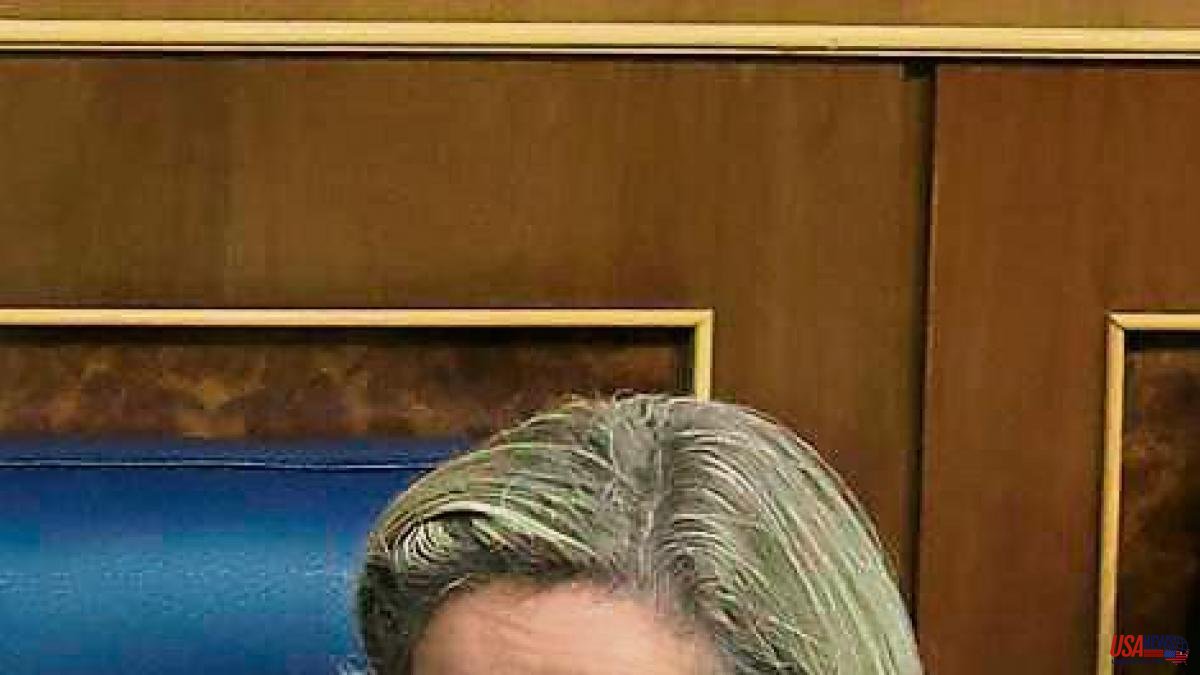 A person who measures 1.50 is not tall. If with that height she weighs 100 kilos she is not thin either. Who runs a kilometer in a quarter of an hour is not fast. Another thing is that we don't want to tell each other the truth. And let's take it for granted that each one is what they say they are and not what they are. It is enough to do this by altering the meaning of the words. So yes, everything is possible: the fat one is skinny, the short one is tall, and the slow one is fast.

The pages of the Official State Gazette (BOE), the tables of the law in which the Government dispatches its occurrences of all kinds -from the most serious to the most laughable-, does not escape the temptation of giving us a cat in a poke on account of an arbitrary and intentional use of language. The last one, daring to define the middle class as those families with a gross income of 29,400 euros a year that allocate at least 30% of their income to religiously pay their mortgage. This is how it is established, as if it were the dictionary of the Royal Spanish Academy of Language, royal decree law 19/2022, which establishes a code of good practices to alleviate the rise in interest rates on mortgage loans on habitual residence . Initiative that with so much publicity decoration has been presented by the First Vice President of the Government and Minister of Economy, Nadia Calviño.

In the end, all Spaniards are going to be middle class except those who sleep on the street and go hungry. Which may not be a bad idea to avoid a bad mood and full awareness of the deterioration of living conditions in countries where until recently, more than a decade ago, any neighbor's son thought he was rich, if not if an aspirant to be. The kingdom of lies is already an empire. But even so, it is hard to swallow that a family is middle class with 29,000 euros gross per year. There are, we will agree, families a little less needy than the solemnly poor. But that's not middle class. They are, if we honestly look for a tight definition, almost poor.

Do numbers. Discount taxes on those 29,400 euros. Then also withdraw 30% of the amount destined to pay the mortgage. Being generous, 18,000 euros a year remain in that family. In other words, the disposable income of that family reaches 1,500 euros per month. In the Spain of 2022, to imagine that this family unit can be classified as the middle class is directly an affront. Only someone who is not obliged to look at the prices of goods and food when she purchases them in an inflationary environment like the present one can dare say that this income provides a visa to the middle class, particularly in the big cities. Although for reasons of aspiration, shame or embarrassment, the nominees prefer to remain listed as such, the truth is that they stopped being so a long time ago.

Nothing to say against the decree. The Government cannot sit idly by in the face of the deterioration in purchasing power derived from inflation –let us hope that the labor market resists– and the consequent rise in interest rates decreed by the European Central Bank (ECB) to curb it. And neither is the bank in a position to assume reputational costs that are added to those of the previous crisis, in which, unlike this one, there were causes directly attributable to its eccentric and also in some cases criminal behavior. But presenting the measure as an emergency float for the middle class is anything but something to be taken seriously.

The journalist Esteban Hernández in his latest book, The grudge of the upper middle class and the end of an era (Akal, 2022) points out that it is convenient to pay attention to the disappearance of the middle class because it contains the story of how society was breaking down and of how the latent contradictions are exploding in this historical moment. Perhaps it is the fear of their progressive but incessant disappearance that makes governments continue counting as such those who can barely continue. Each one deceives himself as he wants. But we will agree that to lose weight it is better to first recognize yourself as fat.