A dozen earthquakes shake Taiwan, the strongest being the one that occurred today, magnitude 6.8

A strong earthquake has shaken much of Taiwan on Sunday, toppling a three-story building and temporarily trapping four people inside, stranding around 400 tourists on a mountainside and derailing part of a passenger train. 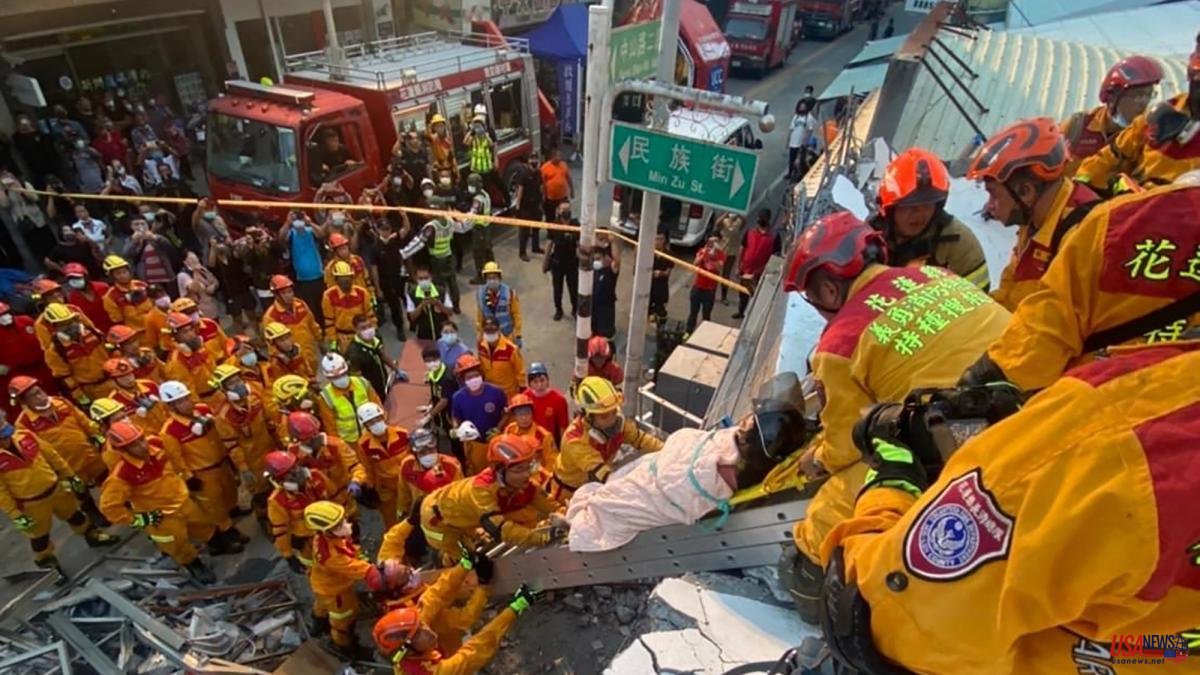 A strong earthquake has shaken much of Taiwan on Sunday, toppling a three-story building and temporarily trapping four people inside, stranding around 400 tourists on a mountainside and derailing part of a passenger train. The Taiwan Emergency Operations Center has reported one fatality and nine injuries of varying degrees so far.

There have been no immediate reports of serious injuries. Most of the damage appeared to be north of the epicenter, which Taiwan's Central Meteorological Bureau said was in the city of Chishang at a relatively shallow depth of 7 kilometers.

The three-story building, which had a supermarket on the ground floor and residences on the upper floors, collapsed in the nearby town of Yuli, according to the island's Central News Agency. The 70-year-old building owner and his wife were rescued first, but it took longer to reach a 39-year-old woman and her 5-year-old daughter. The top two floors of the building were strewn across a small street and to the other side, with power lines downed by the fallen structure.

It has been reported that more than 7,000 households have lost power in Yuli, and water pipes have also been damaged.

Police and firefighters also report a bridge collapse on a two-lane highway in what appears to be a rural part of the same city where three people and one or more vehicles may have fallen.

Also in Yuli, a landslide trapped nearly 400 tourists on a mountain famous for the orange lilies that cover its slopes at this time of year, the Central News Agency said.

Debris from an awning falling onto a platform at Dongli station in Fuli city, which lies between Yuli and the epicenter in Chishang, hit a passing train and derailed six carriages, the same agency reported, citing the administration. railway. None of the 20 passengers was injured.

The tremor was felt on the northern tip of the island in the capital Taipei. In Taoyuan city, west of Taipei and 210 kilometers (130 miles) north of the epicenter, a man was injured when the roof collapsed on the fifth floor of a sports center.

The Japan Meteorological Agency issued a tsunami warning for several southern Japanese islands near Taiwan, but it has since been withdrawn because the danger of it appearing to have passed.