A cover of 'La Vanguardia' viral in India

The cover of the Dinero supplement on October 9 not only reached the homes and screens of its thousands of regular readers in Catalonia and the rest of Spain and Europe, but also had an unexpected impact in India. 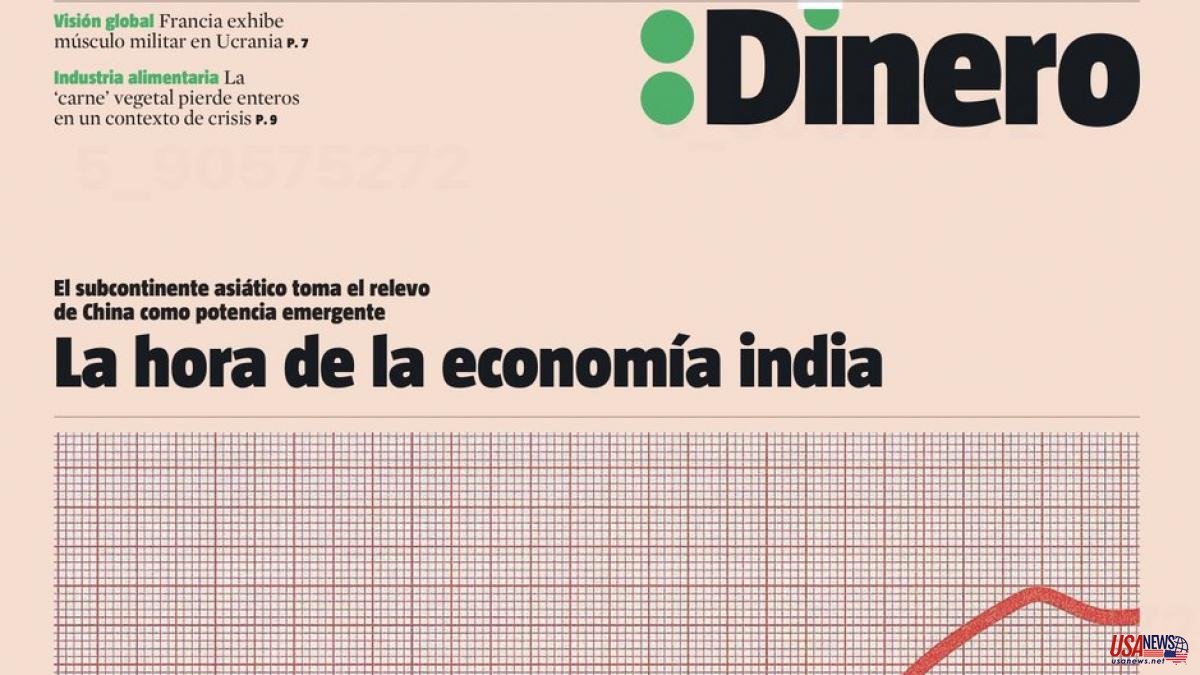 The cover of the Dinero supplement on October 9 not only reached the homes and screens of its thousands of regular readers in Catalonia and the rest of Spain and Europe, but also had an unexpected impact in India.

The first page of the Money carried the headline "Time for the Indian Economy" and was illustrated with a design showing the profile of a snake charmer playing a flute in front of a basket, of which instead of a reptile An ascending graph emerged that symbolized the spectacular economic growth of the Asian subcontinent, which the supplement reported on in an extensive report.

“I am sad that it did not occur to them that it was an offensive and racist image, stereotyping Indians and India,” Hrishikesh Shenoy, an Indian citizen living in the UK, wrote to me.

Also Nikkhiel Nerkaar, a reader of the same nationality, expressed his disgust: "Images are important and can damage reputations, in this case that of my country. I encourage you to come to India and try to find snake charmers and observe the diversity along the way. of our booming economy.

They weren't the only Indians who saw our cover and were offended, after Indian tycoon Nithin Kamath (owner of a $3.45 billion tech empire and 458 million Twitter followers) made it go viral on his country by exclaiming: "The hour of the Indian economy, assures La Vanguardia, a leading newspaper in Spain. It is cool that the world is taking notice, but the cultural caricature of a snake charmer to represent India is an insult".

The Bangalore politician P. Chikkamuni Mohan also celebrated that La Vanguardia contributed to the "global recognition" of Indian growth, but described the image as "stupid" and attributed a "colonialist" bias. The debate on the subject was joined by digital newspapers such as Business Today or Tribune India with information collecting the "tweeter outrage" for the cover.

Rosa Mundet, editor-in-chief of Design for the newspaper, explains that "the cover of a supplement has to synthesize a concept", an objective for which "graphic references are needed that are recognized by as many people as possible and that create an attractive image and that works".

The illustration in question, the work of Riki Blanco, "fuses the graph of fever, a classic symbol of economic growth to create a poetic message of the country's growth. There was no attempt to caricature the Indian nation with colonialist signs, much less reduce it to folklore" adds Mundet.

For her part, the chief editor of Economy, Elisenda Vallejo, agrees that this type of illustration inevitably has to "simplify and provoke". An example, Vallejo explains, are the incisive covers of The Economist magazine (this very week its front page has raised blisters in Italy and the United Kingdom with a parody of Lizz Truss dressed as a Roman soldier, with a pizza as a shield and a fork with spaghetti by sword).

The head of economics of the newspaper, points out, however, that the Money article was not critical, but "reflected a modern India, which is growing and has become the fifth largest economy in the world in terms of GDP, above the United Kingdom. United ".

That being the case, why did the image bother you so much? Jordi Joan Baños, author of the report and who was the newspaper's correspondent in New Delhi for ten years, points out two keys to understanding the misunderstanding. The first is that, from the traditional Indian point of view, "snake charmers belong to a caste and are on a level with people who beg for charity." An image that an Indian businessman or politician does not understand is associated with the economic strength of the country. At the same time, explains Baños, "the use of this type of graphics is not customary in the Indian press: there it is more typical of caricatures, while here its use is common in an informative context." Both of these things may have contributed to the misunderstanding. Baños, in any case, emphasizes that "the important thing is the intention and it is evident that it was not offensive".

Fortunately, not all the comments on the networks of Indian citizens with the cover were critical. There were also those who denied that the image was offensive. Among them is the prestigious journalist and poet Pritish Nandy, who replied to businessman Kamath: "It's a tribute. The snake charmer is one of the world's enduring symbols of magic. The Vanguard sees India as something magical."

From this space I think it is time to take note, as reflected in the supplement, of India's desire to leave poverty and inequality behind and learn how sensitive certain stereotypes can be for its society. At the same time, the ability of the poet Nandy to understand how, in our eyes, the image of a humble snake charmer is not that of an outcast who damages the reputation of his country, but rather a symbol of beauty, mysticism and the magic with which the Asian subcontinent must accompany its journey towards greater economic and social advances.