The military junta that governs Burkina Faso was overthrown this Friday through a coup led by a group of soldiers commanded by an Army captain, Ibrahim Traoré. 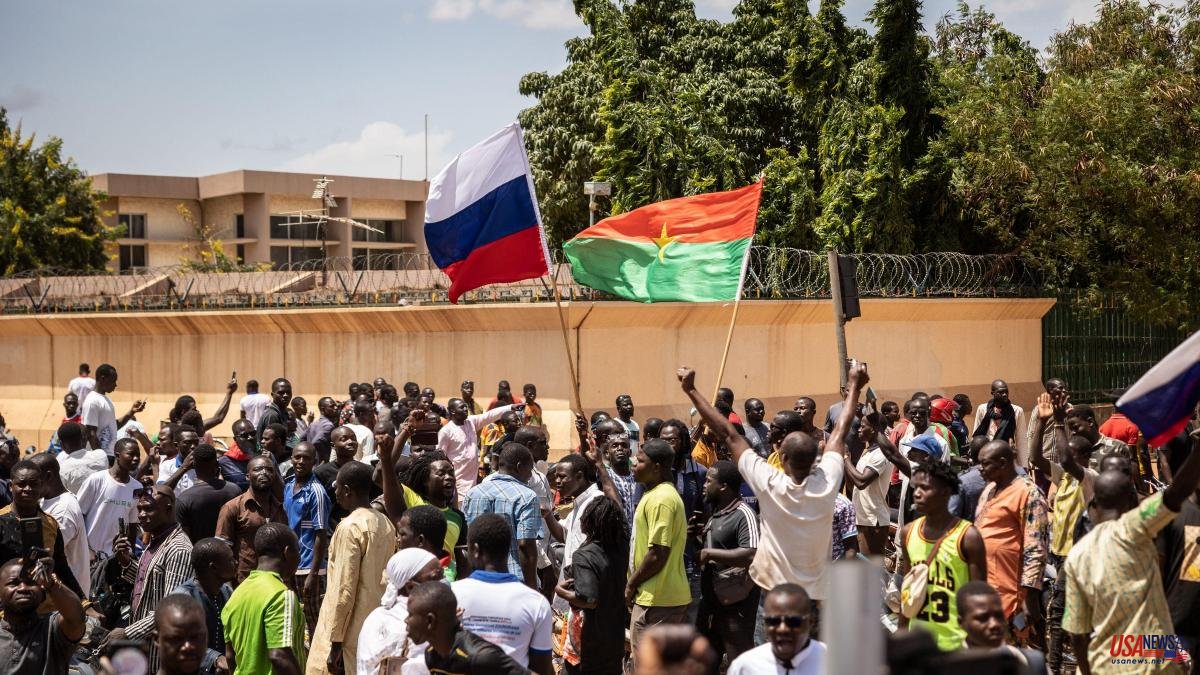 The military junta that governs Burkina Faso was overthrown this Friday through a coup led by a group of soldiers commanded by an Army captain, Ibrahim Traoré. The coup puts an end to the mandate of Lieutenant Colonel Paul-Henri Sandaogo Damiba, who in turn led the country after having himself staged another coup on January 24. Once again, the appearance of armed men reading a statement on television marks the rhythm of regime changes in the former French colony.

This new coup, like the previous one, is motivated by the government's inability to curb jihadist violence, in a country that has endured frequent attacks since April 2015, committed by groups linked to both Al Qaeda and the Islamic State. An insecurity that has caused the flight of almost two million people. “We have lost faith in” Damiba, a board spokesman said in a statement Friday night. “Instead of retaking territory, we have lost ground to armed terrorist groups,” he said.

After a day of confusion marked by the military uprising, shots and explosions in strategic areas of the capital, Ouagadougou, the new coup plotters, who claim to belong to the Patriotic Movement for Safeguarding and Restoration (MPSR), as the junta that governed the country is called of West Africa, announced several measures such as the suspension of the Constitution and the Transitional Charter.

Likewise, the military led by Traoré, the country's new strong man, decreed the dissolution of the Government and the Transitional Legislative Assembly and the establishment of a curfew. They have also announced the closure of national borders until further notice and the suspension of all political and civil society activity.

In the center of the capital, citizens clamored for the overthrow of Damiba and applauded the soldiers who guarded certain streets, according to Efe reports. Russian flags also waved in the streets, in memory of the Russian mercenaries of the Wagner group deployed in neighboring Mali to combat jihadism.

The spokesman for the Burkina Faso Executive, Lionel Bilgo, told local television BF1 that "no member of the government has been arrested", after some rumors pointed to the possible arrest of Damiba. "This is an internal crisis in the Army and discussions continue within it to find a solution without obstacles," added Bilgo.

This change of government comes days after, on September 26, a supply convoy escorted by the Burkina Faso Army suffered a terrorist attack near the northern city of Gaskindé, with a provisional balance of eleven soldiers dead, 28 wounded and some fifty missing civilians.

Military coups have become increasingly familiar across West and Central Africa in the past two years as Islamist insurgents wreak havoc across the arid expanses of the Sahel region, killing thousands and eroding faith in weak governments that They haven't found a way to beat them. Mali, Chad and Guinea have suffered coups since 2020, raising fears of a rollback to military rule in a region that had made democratic gains in the last decade.

In November 2021, an attack on a Gendarmerie post caused 53 deaths (49 gendarmes and 4 civilians), which generated great social discontent that led to strong protests demanding the resignation of the Burkinabe president, Roch Marc Christian Kaboré. Two months later, on January 24, the military led by Damiba took power in a coup - the fourth in West Africa since August 2020 - whose journey ended yesterday.

Burkina Faso is the fourth largest gold producer in Africa. However, output of the metal plummeted in the first half of this year as terrorists stepped up attacks on gold operations.