Coins have always been an important symbol of power and authority. 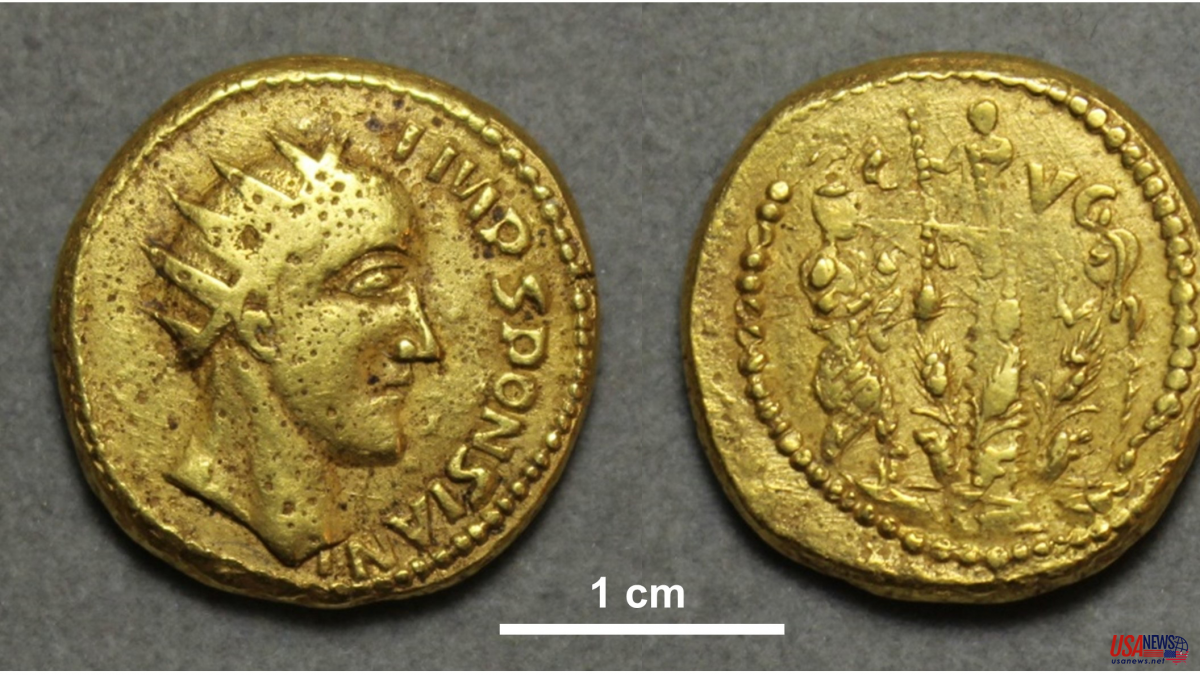 Coins have always been an important symbol of power and authority. Kings, dictators, tyrants... many have been those who have wanted to link their image with economic value, in addition to getting their portrait out of common circulation -in each commercial transaction- among the population.

In 1713, in a remote part of Transylvania, local peasants found a buried bag full of coins. They were ancient and all had a similar design: their shape was rough and strange and they had disorderly inscriptions. Two hundred years later, in the middle of the 19th century, archaeologists considered that they were fakes from the Roman period.

Researchers at University College London have recently re-examined that money and determined that initial estimates were wrong. The coins are not only authentic, but also bear the effigy of a Roman emperor named Sponsian, whose history was hidden for centuries.

The Roman-era pieces are part of The Hunterian Collection at the University of Glasgow. That is why the experts took the opportunity to compare these copies with other Roman coins kept in the same collection, as revealed in an article published in the magazine PLOS ONE.

They also conducted a chemical analysis in which they found minerals on the surface of the coin indicating that this money was buried in the ground for a long period of time and then exposed to the air. Additionally, a wear pattern was found that suggested the coin had been in active circulation.

“The study of these ultra-rare pieces rescues Emperor Sponsian from obscurity. Our evidence suggests that he ruled Roman Dacia, a gold-rich outpost in the middle of the Carpathians isolated from the rest of the Empire, at a time when Rome was embroiled in civil wars and its borders were being invaded by looters,” says Prof. Paul N. Pearson, lead author of the article.

The province of Dacia, a territory that overlaps with present-day Romania, was a region occupied mainly to exploit its mines. Archaeological investigations have established that the area was cut off from the rest of the Roman Empire around the year 260.

Surrounded by enemies, Sponsian may have been a local army officer forced to assume supreme command during a period of chaos and confrontation, protecting the Dacia army and population until order was restored and the province was evacuated in 271. and 275.

At some point during his tenure, this provincial emperor felt that he needed to strengthen his position with the local population. Seeing that he could not receive official issues from the mint of Rome, Sponsian seems to have opted to authorize the creation of his own coins, some of which had the image of his face, to support the isolated economy of this border territory.

When the coins were discovered in the early 18th century, they were thought to be genuine and were classified along with other Roman coins. But from the middle of the 19th century, opinions changed and this money began to be considered false due to its appearance.

For this new study, archaeologists have used powerful ultraviolet and visible light microscopes, as well as scanning electron microscopy and spectroscopy to study the surface of the coins. Only four coins with Sponsian's face have survived and they were all part of the hoard that was found in 1713.

"For the history of Transylvania and Romania in particular, but also for the history of Europe in general, when these results are accepted by the scientific community they will mean the addition of another important historical figure in our history," says Alexandru Constantin Chituță, manager of the Brukenthal National Museum.