A casino on the 18th hole

When Phil Mickelson was asked by a journalist if money was the number one interest in his life, he replied with a candor and honesty that honors him: “Not just number one. 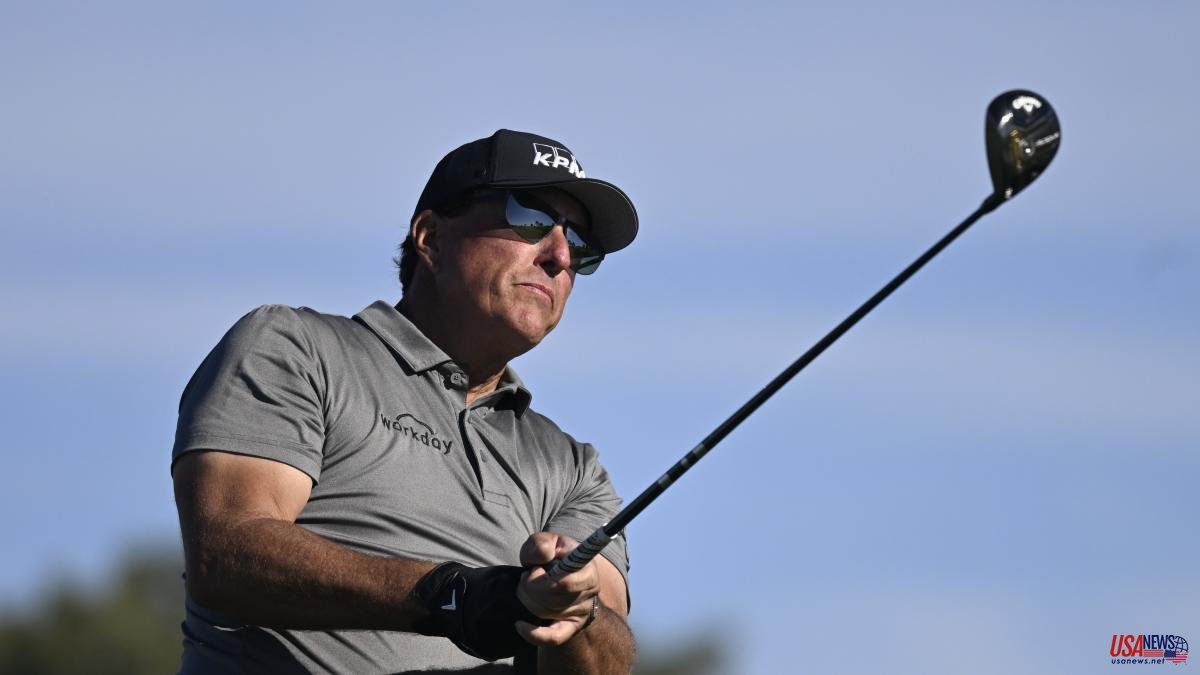 When Phil Mickelson was asked by a journalist if money was the number one interest in his life, he replied with a candor and honesty that honors him: “Not just number one. Also number two, three, four and five”. In his career he has earned a lot, it is estimated that about 70 million euros. But he has also lost it, mainly in gambling.

A new biography of the 51-year-old Californian golfer, one of the most popular on the circuit due to his personality and his adventurous and risky style, recounts his obsession with the game. He bets on everything, on whether he himself is going to win or lose, on the tournaments in which he participates, on the horses, on the boxing matches and, above all, on the American football games. And he is a magnificent loser, who pays his debts if possible the next day. A creditor recounts in surprise how he promptly and unblinkingly extended a check for an extraordinary sum. But if someone owes him something, he doesn't stop until he collects.

His withdrawal from the PGA tournament, a major whose title he was defending and has won three times (along with two masters and a British open), has caused a profound impact in the world of golf, with speculation that it has to do with his addiction and state of mind. Despite having a degree in Psychology from the University of Arizona, his knowledge of the subject has not led him to realize that he has a problem. He sees it only as a hobby. A game where he sometimes wins (half a million on a $20,000 bet when the Baltimore Ravens won the Super Bowl in 2001) and sometimes loses, like golf. A whim that can be allowed because he has money.

A friend and circuit mate tells in the recently published book how, competing in the Kapalua Tournament of Champions, he went from hole to hole with an earpiece in his ear to surreptitiously follow the AFC football final through a small transistor that he had managed to hide in a pants pocket. A journalist from the North American network CBS explains for the part of him that he indicated with gestures to his caddy how the bets were on whether he would put the ball in the hole, and the golfer responded by betting for or against himself. Which, when discovered, earned him a reprimand from the commissioner. His vice has led him to associate with mobsters from Detroit and Las Vegas investigated by the FBI for money laundering.

Mickelson, 51, married for a quarter of a century and with three children, nicknamed Lefty because he hits the ball with his left foot despite being born right-handed, has millions of fans because he always puts everything on the line, like Arnold Palmer did, which allowed him to win the 2004 Masters from three shots short on the last hole, but also led him to lose games he had won. He almost never dodges the press, even after the biggest catastrophes. And after each session he spends three quarters of an hour signing autographs.

Even if he pays gambling debts and is fun and folksy, he also has enemies for his outspoken way of saying it like he means it, like when he threatened to leave California (San Diego native, his golf club is in Palm Springs) because of how high taxes are (he declares himself to be progressive on social issues and a fiscal conservative). Or now, for initially backing Sheikh Bin Salman's Saudi golf league, despite calling him a "murderer" and claiming the country's gay policy is unacceptable. But he admits it himself: money is priority number one of his, two, three, four and five...