A buzz in the electoral slumber

The morning breeze from Calle Mayor brings an aroma of rejection to a hypothetical victory for the right wing next Sunday. 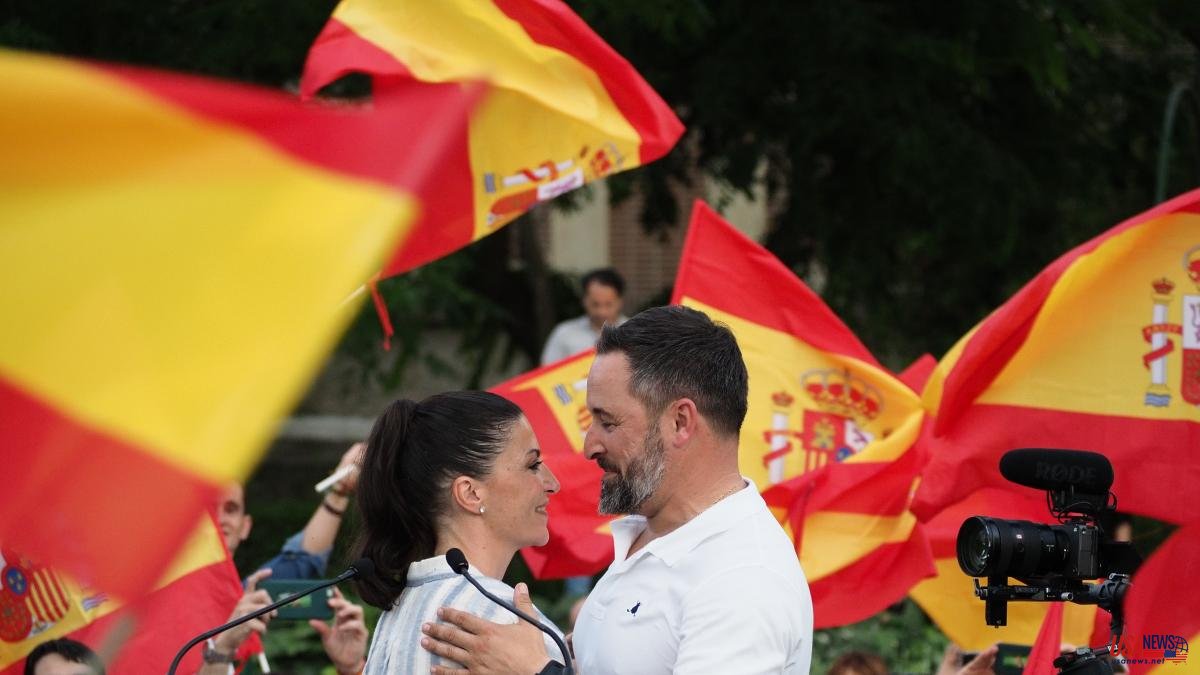 The morning breeze from Calle Mayor brings an aroma of rejection to a hypothetical victory for the right wing next Sunday. That's what the middle of the electoral campaign smells like. There is a week left in the campaign and the morning echo says that a part of the left-wing voters is mobilizing before the prospect of a landslide victory for the right. This mobilization is fueled especially by the martial fuss of the anti-Andalusian party, whose candidate has curiously excluded herself from future debates and interviews on television. The reason is none other than that the leaders of the far-right party have come to the conclusion that they may be going too far with their speech, that so much aggressiveness may be frightening some of their potential voters and inciting left-wing abstentionists to Get out of your lazy comfort.

At this point, the campaign is planned in the following terms. On the one hand, Moreno Bonilla does not go down to the electoral arena. He goes as president and assigns the others the mere role of applicants. He uses the springs of power granted to him by holding the office of the San Telmo Palace. "I am the president and you are not", he seems to say in each intervention. He implies that he has not done enough to lose the easy chair. Because in this country there hasn't been a party capable of winning elections for years. They are only capable of losing them. Evidently, as a consequence, another party, or rather a sum of parties, takes power. For years, no one has been able to delude this troubled town to the point of being elected on their own merits. More than by their own merits, they command by the demerits of others.

The great merits of Moreno Bonilla were the demerits of Susana Díaz. And now she could win the June 19 elections precisely because she didn't mess up too much. Or her hand, depending on how you look at it. She doesn't accumulate enough demerits to lose. Neither merits, but that, which is bad for many, only comforts fools. Moreno Bonilla has spent three and a half years in the burladero. Proclaiming his centrist faith and letting the monosages Marín and Abascal entertain the respectable with dressing tasks. President-compress: that it is not noticed, that it does not go through, that it does not move. Hence, the PP election campaign is nothing more than a copy of these three and a half years. Low profile, the less he speaks, the easier it is for him not to say some nonsense that alters the doze, a mixture of summer torpor and defeatism, in which the left-wing electorate seems to be mired.

But alas! Macarena has arrived screaming in the sleepy room on the left and it has been the same as her if she had stuck a stick in a wasp's nest. The buzz of the hornets has caused the alarm lights to go on in the offices of the PP. Let's see if this reckless one, who doesn't even know where Andalusia falls, is going to wake up left-wing voters! Suddenly, Moreno Bonilla's fears turn into joy for his main opponents, PSOE, Por Andalucía and Adelante Andalucía. The socialist candidate, Juan Espadas, believes that at this point in the campaign his voters are coming out of lethargy. As long as there is a game, there is hope. Until the tail, everything is bull. He tells the breeze that rises up Calle Mayor that something is moving in the left-wing electorate, although not enough to throw the bells on the fly. If Moreno Bonilla has remained in the burladero, Espadas has not even set foot in the square since the bullfight began. In addition, the slab left by Susana, Griñán, Chaves, Borbolla is so heavy!

It is true that the candidate of the anti-Andalusian party has agitated the electoral campaign, but she has agitated it so much and perhaps so exaggeratedly and clumsily, that it ends up causing the opposite effect to what she was looking for. When a driver overbrakes in a corner it usually happens that the car stays dead. Putting him back in the race costs God and helps. The rise of the extreme right is based on three fundamental pillars: the anger of thousands of people punished by the successive crises -housing bubble, pandemic, war, rise in prices...- the Catalan independence challenge and widespread corruption. The anger is temporary by definition: no one can live in permanent anger. The independence movement is in retreat. Only corruption remains and can continue indefinitely.

Macarena eats from those three dishes. The great agitator of the campaign can continue gaining weight in votes, but it will be a meager meal if, as the echo that rises up Calle Mayor picks up, the electoral hornet's nest on the left has begun to emit signs of agitation. The past braking of the anti-Andalusian party can also have the effect -negative for their interests- that a part of the pissed off are frightened by Macarena's martial fuss and decide to moderate their vote to punish the system, leaving it on the less extreme right, the P.P. That fear of hatred, violence, unleashed racism, which equalizes a part of the voters on the left and on the right, may vary the forecasts of recent months. The political tension of these years may also end up leading to a phenomenon of useful voting that benefits the two main parties, PP and PSOE. We will have to continue listening to the echo that comes from the Cerros de San Pedro up Calle Mayor.