Athletic Club continues with its good dynamics away from home after beating an Elche team (1-4) that still doesn't know what it means to win this season and was dismantled by its rival's offensive play during the first half. 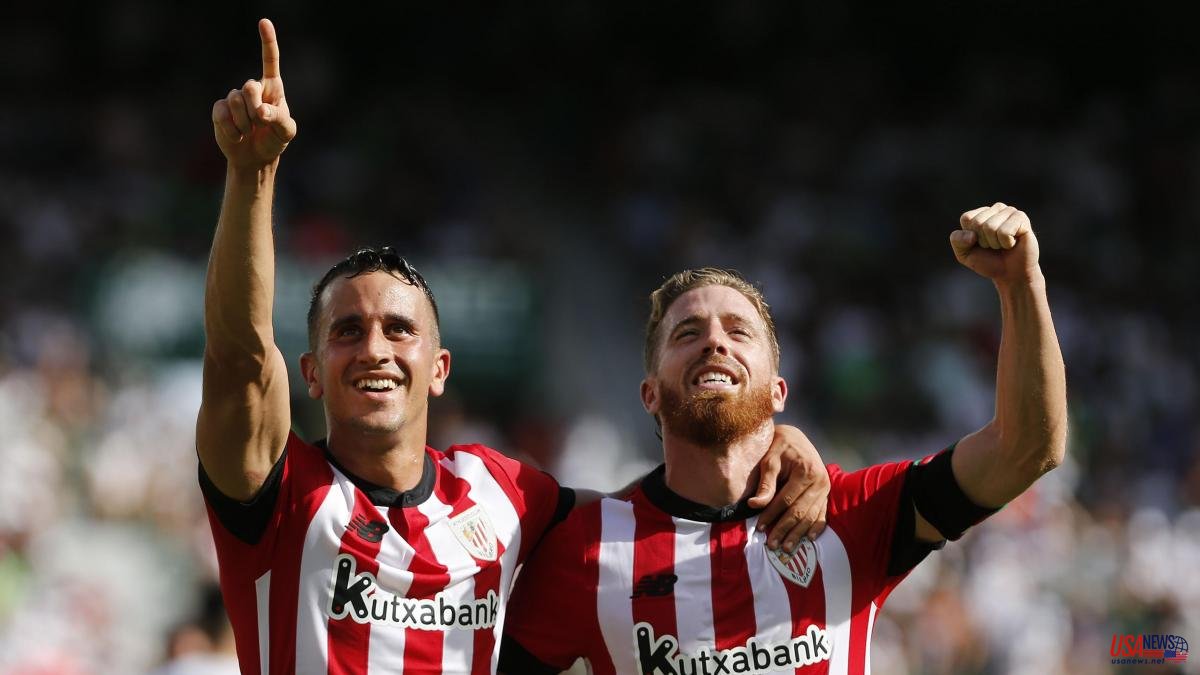 Athletic Club continues with its good dynamics away from home after beating an Elche team (1-4) that still doesn't know what it means to win this season and was dismantled by its rival's offensive play during the first half. The Basque team took advantage of the mobility of their attackers and the local defensive fragility to end a match that was leveled, although only in sensations, during the second half, when Elche threw pride and Athletic was carried away by the score.

The entire tactical framework designed by Francisco Rodríguez, the local coach, to surprise Athletic, with a trivote in midfield, was blown up in the first few minutes. Valverde's team had an ambitious staging, monopolizing possession of the ball, and the mobility of their strikers completely destroyed the local defense, especially on the flanks.

In one of his first arrivals, a combination between Muniain and Berenguer concluded with a cross to the area that debutant Nico Fernández finished off the net in the presence of the oldest of the Williams.

Without time to react, Athletic once again surprised the Elche defense. On this occasion it was Nico Williams, a nightmare for the Elche defense, who was knocked down by Roco when he was about to face Badía. The referee, with the help of the VAR, ended up signaling a penalty that Sancet was in charge of transforming.

In the middle of the Bilbao festival, and with Elche without getting up from the canvas, Nico Williams once again exposed debutant Nico Fernández, whom he dodged with extreme ease to launch a shot adjusted to the angle. It was minute 22 and the game was already resolved (0-3). Elche tried to react with the entry of Ponce for Mascarell and a return to the 4-4-2 system.

Gumbau, with a long shot, seemed to wake up his team, but each Athletic attack remained a nightmare. Iñaki Williams had two clear scoring chances and Muniain saw how the referee disallowed a goal for offside. Before the break, Berenguer, another of the highlights, took advantage of a new defensive paralysis of Elche to score the fourth. It had been 26 years since Athletic had managed to score four goals in the first forty-five minutes, according to data from Opta.

After the break, the Elche coach made his team react with a double substitution. Visiting relaxation and local self-esteem helped balance forces. Ponce was close to discounting after a great play by Lirola, but the post and Badía, in two consecutive actions, also prevented Athletic from scoring the fifth.

The relaxation of the Basque team was evident in a loss of the ball in defense that Boyé took advantage of to assist Ponce, who scored the goal of honor. The game was balanced, with arrivals and chances in both areas, and Elche took advantage of the situation to stop the defensive hemorrhage and reconcile with their fans, who had annoyed the players at half-time.

Incidents: Match corresponding to the fifth day of the Santander League played at the Martínez Valero Stadium before 24,176 spectators.