If gun violence in the United States often spirals, attempts to curb it through legal restrictions make for a perfect loop. 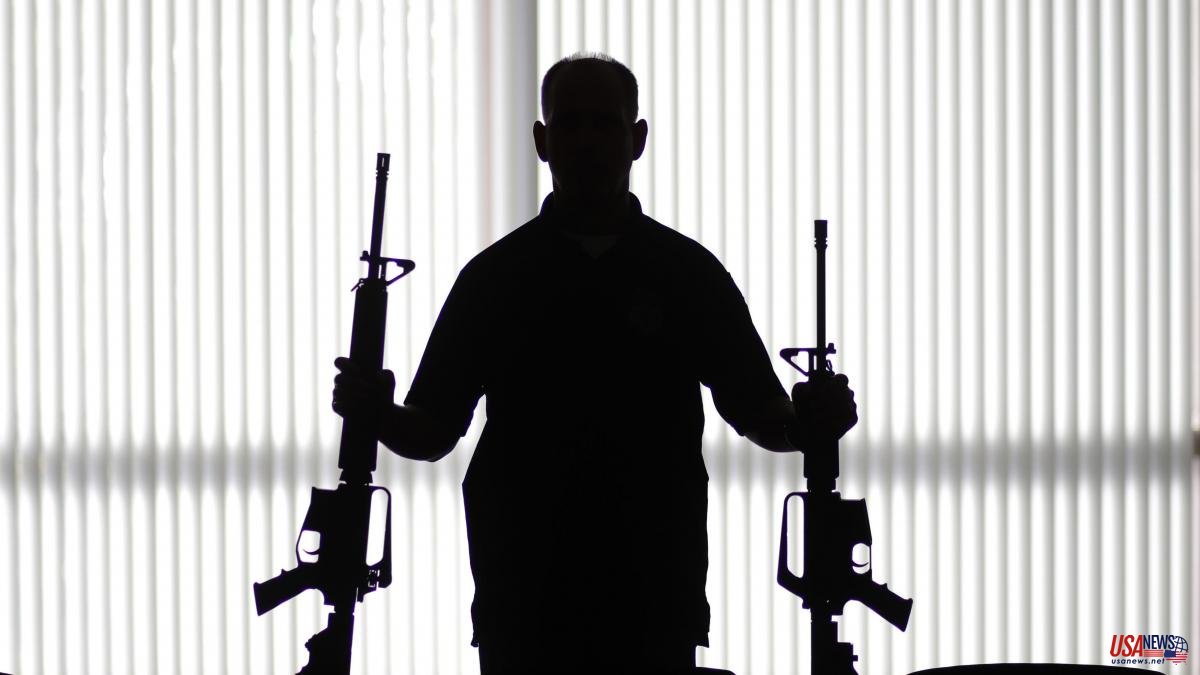 If gun violence in the United States often spirals, attempts to curb it through legal restrictions make for a perfect loop. It is the story of a cyclical failure, it would seem inevitable.

The sequence is always the same. An armed guy enters a classroom or a supermarket, simply goes out into the street or takes position from a window. He shoots indiscriminately. He kills several peers, sometimes more than ten and even twenty. Then some legislators, sometimes with the support of the president, present a legal reform to prevent the drama from repeating itself... The text is passionately debated and soon, either on the spot or after a hopeful first reading, the staunch defenders of the Second Amendment on the right to keep and bear arms unceremoniously knocks it down. Some time passes -apparently shorter and shorter- and there is another shootout. "That's enough, this time something has to be done," say again the same leaders and legislators or their successors, like President Joe Biden yesterday... And start again. This has been happening for decades.

In the last decade, history has repeated itself more than half a dozen times. Here are the most notable occasions.

In December 2012, Adam Lanza (18 years old) was involved in a shooting at Sandy Hook Elementary School (Connecticut) in which 20 children and six adults died. Congress has addressed a bipartisan bill that would increase background check requirements for gun buyers, reinstate the ban on assault-type guns from 1994 to 2004, and ban high-capacity magazines. The text fell due to lack of support from most Republican senators and some Democrats from conservative states. It was, in the words of then-President Barack Obama, "a shameful day in Washington."

Three years later, Dylann Roof opened fire on worshipers in a black church congregation in Charleston, South Carolina. He killed nine people. Democrats again proposed beefing up background checks. The bill was not voted on. In 2021, the Chamber would approve two texts with the same purpose, one of which alluded to the events in Charleston. But the laws ran aground in the Senate. Another thing happened after, the same year, a Christmas party of the Department of Public Health of San Bernardino County (California) ended with 14 dead at the hands of a couple who shot them with their firearms.

In June 2016, Islamist Omar Mir Seddique Mateen shot dead 49 people at the Pulse Night Club in Orlando, Florida. The Senate once again failed supporters of limiting the use of firearms, by not approving four measures in this regard.

On October 17, sniper Stephen Paddock fired into a crowd during the Route 91 Harvest country music festival in Las Vegas, killing 59 people. He did it from his room on the 32nd floor of the Mandalay Bay Hotel. Parliamentarians from both major parties proposed new gun control legislation that failed. However, President Donald Trump decreed one of the debated actions a year later: the prohibition of bump stocks, which accelerate the rate of fire of semi-automatic rifles.

On August 19, white supremacist Patrick Wood Crusius killed 23 people at a Walmart center in El Paso, Texas. House Democrats have introduced a new gun restriction package. Republicans conditioned support on Trump endorsing it. But the president had promised to veto this type of regulation.

In the wake of separate shootings in a week in March 2021, one at a King Soopers grocery store in Boulder, Colorado, and several at spas in Atlanta, Georgia, Biden took executive action to increase demands and curb so-called guns. ghost, which are made from kits of parts. He also called on Congress to finally pass a control law that would, among other things, renew the ban on assault weapons. And here he hit the bone again with the Republicans.

After last week's mass shooting in Buffalo, New York, in which 18-year-old supremacist Payton Gendron killed 10 people, the House passed legislation that should increase federal resources to prevent domestic terrorism. The norm hangs on the support of the Senate, where the narrow Democratic majority makes it difficult for it to prosper.

Can the shock of Tuesday's shooting in Texas change perspectives? It is very doubtful.

In view of this latest and especially painful episode, the president of the United States urged "the nation" to "stand up to the gun lobby" and do "what we all know must be done." He did not specify more or mention the Second Amendment of the Constitution, which establishes the right to possess and bear arms.

The vast majority of Republicans, not a few Democrats and a significant portion of US citizens not only defend the Second Amendment but also boast of their status as owners of pistols, rifles and shotguns.

An unedifying example of this gun cult was given six months ago by Republican Congressmen Thomas Massie, from Kentucky, and Lauren Boebert, from Colorado, when they published photographs of their respective families armed to the teeth... as Christmas cards .