A Barça from the Europa League succumbs to Bayern

This Barça is from the Europa League. 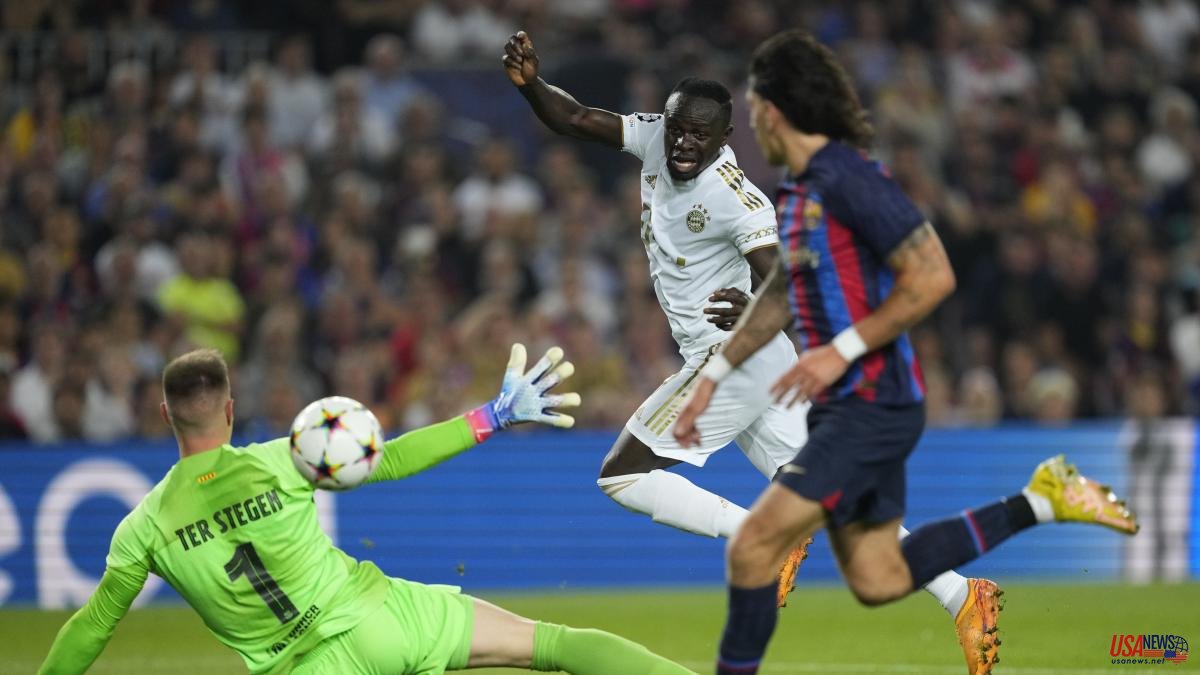 This Barça is from the Europa League. The failure was consummated without the need for the ball to roll at the Camp Nou. The fiasco was completed in Milan with the victory of Inter, which sent Barça to continental limbo for the second consecutive year. Again out of the elite. Again in the gutter in advance. After the strong investment of the summer, an immense disappointment that has not been digested since the draw against the Italian team is less great. In those came the game against Bayern, with nothing at stake for Barcelona, ​​except for the cash prize of achieving victory and the will to prove to itself that it can compete with giants such as the Bavarian rival, the Blaugrana's hammer in the last seasons.

But not for those. What Barça taught was precisely a Europa League level, much lower than the German champion, who controlled the situation at all times. The Blaugrana did not shoot between sticks throughout the match. Five Champions League games and three defeats for a single victory. Like it or not like to hear it at the club, it is clear that the competition is great for Barça. The Blaugrana stadium said goodbye to it for a long time because, in case of playing it, next season the team will play it in Montjuïc.

The public showed up en masse and whistled the tournament anthem loudly, especially by the referees in Munich and Milan. Nothing to intimidate Bayern, who went out to get the ball and with the tempo of the match and who did not rest until they opened the scoring. He did it soon with a phenomenal pass from Gnabry behind a disastrous Bellerin. The assistance was received by Mané who avoided the exit of Ter Stegen with a subtle shot.

Barça did not look anything like the one that submitted Bayern without a goal in Munich in the first half and Nagelsmann's, neither. Solvent, intelligent, well placed, fast and aggressive, they overcame the advanced pressure from Barcelona without breaking a sweat.

Xavi had repeated the formula of the four midfielders that he practiced against Athletic. Of course, with an inoperative Kessié for a still touched Gavi. And currently the kid is half the heart of Barça. When he is not there, like in the first act at the Bernabeu, he is very noticeable. Without him the Barcelona team loses more duels and without his soul the team is much softer.

The only thing missing was that Bellerín was a flan in defense, with and without the ball, that Koundé did not have his best day and that Marcos Alonso did not behave like a fencer so that Ter Stegen feared the worst again against a Bayern that terrifies him.

In attack Lewandowski was totally unassisted and only Dembélé offered an overflow, albeit alternating interesting starts with erratic endings. Neither tickle for the Bavarians, who did not even flinch.

The gap got bigger when the second arrived after half an hour. Once again Gnabry activated his team with another pass into space, this time for Choupo Moting who beat a dejected Ter Stegen under the legs. Bellerin broke the offside line.

Bayern was here again. The usual terror was coming. Luckily for Barça, Musiala forgave the third on two occasions. On the next play Lewandowski fell in the area after a rush from Deligt. The defender touched the ball first and then the Pole put his foot forward and was shot down by the Dutchman. The referee signaled a penalty but after the review on the screen he decided to change his decision. “UEFA is a mafia”, the Camp Nou shouted. Not even this time did fortune smile on the Blaugrana in terms of arbitration decisions.

There was half a game left and at least Barça had to try to maintain a certain decorum. For this, he counted on the legs of Balde, one of the few who dared to start the motorcycle, and with some detail from Pedri. But nothing that really disturbed a more relaxed Bayern and that he took out his nails from time to time. As in a great goal by Gnabry that was annulled for offside when more than one Barcelona player had already gotten up to go home.

The resource of changes remained and Ferran Torres and Raphinha appeared. Four forwards on the field, with Dembélé and Lewandowski, and a 4-2-3-1 to try to react. System that was maintained when Ansu Fati entered, Xavi's last cartridge. It didn't work either and the coach even relieved Lewandowski. The negative icing remained. The third goal, from Pavard coming out of a corner. Barça is still far, very far, from the elite.