Leipzig - You can confidently leave the sunglasses at home on the weekend. Think of umbrella and rubber boots instead. Because the weather in Central Saxony wi 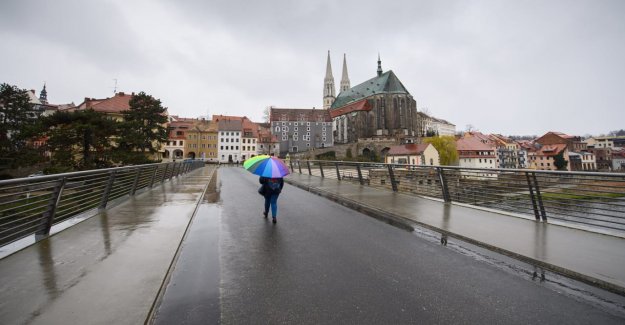 Leipzig - You can confidently leave the sunglasses at home on the weekend. Think of umbrella and rubber boots instead. Because the weather in Central Saxony will be mostly grey, wet and cloudy. view...

Despite some clouds in the sky, it will remain mostly dry on Friday, the German Weather Service (DWD) reported on Friday morning. In the mountainous region, temperatures rise to up to eleven degrees, and in the other parts of Saxony, temperatures of up to 13 degrees can be expected. < / p>

Also on Saturday there are many clouds in the sky, which then occasionally provide rain. Temperatures rise to up to 16 ° C, in the mountains maximum temperatures of 13 ° C can be expected. < / p>

Many clouds, in places rain and continuous rain in eastern Saxony bring no change in the wet gray over Saxony on Sunday. From noon onwards, the rain in West Saxony subsides, but it rains east of the Elbe until late evening. Temperatures rise to 13 degrees.

The weather in Saxony-Anhalt < / p>

Rubber boots instead of sunglasses: In Saxony-Anhalt, clouds and rain only come off on Sunday. The dense clouds in the sky already provide short rain showers during the course of Friday. The temperatures in the Harz range from eight to eleven degrees, in the other parts of Saxony-Anhalt up to 13 degrees. < / p>

Also on Saturday, according to the meteorologists of the DWD, many clouds and occasional rain in Saxony-Anhalt are to be expected. Temperatures rise to up to 16 degrees. < / p>

Only on Sunday the clouds and thus also the rain will move east towards the afternoon. Until then, the wet grey will remain in the sky over Saxony-Anhalt at temperatures of up to 13 degrees.