The spectrum of autonomous combat drones

A Kargu-2 drone, from the Turkish manufacturer STM. STM This is not a scene from 2001, the Space Odyssey, I, Robot or Terminator. For the first time in the his 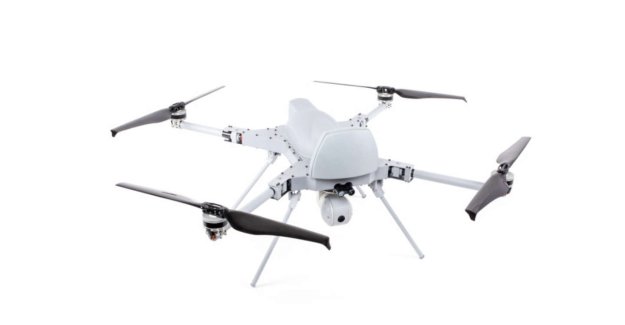 A Kargu-2 drone, from the Turkish manufacturer STM. STM

This is not a scene from 2001, the Space Odyssey, I, Robot or Terminator. For the first time in the history of conflict, combat robots may have attacked humans completely autonomously, claims a New Scientist article published on May 27.

Based on a United Nations (UN) Security Council report dated 8 March, the science weekly describes how autonomous military drones went to a combat zone, selected targets before attacking them, without the intervention of a human operator.

Investigation into use in Libya

Paragraph 63, page 19 of this 556-page report describes operation "Peace Storm" launched on 27 March 2020 by Libyan Prime Minister Faiez Sarraj. The latter allowed him to repel the forces of Field Marshal Khalifa Haftar, whose "logistics convoys and retreating units [...] were hunted down and taken at a distance by combat drones or lethal autonomous weapons systems [SALA in French, LAWS in English for "lethal autonomous weapons systems"], such as the STM Kargu-2 and other prowling munitions. The autonomous lethal weapon systems had been programmed to attack targets, without the need to establish a data connection between the operator and the ammunition, and were therefore actually in automatic self-guidance mode," the report writes.

"Loitering munitions" are also called "loitering munitions", or LM, in English, or "kamikaze drones". These aerial drones that contain an explosive fly over the battlefield and can destroy targets by diving on them. The Kargu-2 is a Turkish-made drone. These 7-kilogram machines fly at 72 kilometers per hour, have an endurance of thirty minutes and a radius of action of 5 kilometers. They are equipped with an explosive charge and can be controlled by a human or operate autonomously, using cameras "equipped with artificial intelligence that spots and identifies targets," says the New Scientist.

Decryption: Marshal Haftar weakened by the increasing involvement of the Turks

Its use would be an innovation. For the past two decades, armies and groups like the Houthi rebels in Yemen have been using drones for reconnaissance or attack. The United States, in particular, resorted massively to it, against Al-QAIDA, its affiliate in the Arabian Peninsula (AQAP), the Pakistani Taliban, the Afghan Taliban, the Somali islamist groups Al-sHabaab or in the Sahel. But they are still controlled by an operator.

Recently, in 2020, in connection with the conflict with Armenia, the Azerbaijani ministry of defense boasted that it inflicted "heavy losses in men and military equipment" on the opponent. Interviewed by a Turkish television channel, Azerbaijani President Ilham Aliev said that "thanks to the fine technology of Turkish drones, armed or unarmed, we have avoided human losses".

What degree of autonomy?

Jack McDonald, a researcher at King's College London, points out the inaccuracies of the UN report. In a series of posts on Twitter, he believes that "there is no clue whether combat drones" and "lurking munitions" have hit people or vehicles". He adds that it is impossible to know what their degree of autonomy was.

For his part, Ulrike Franke, researcher at the European Council on International Relations specializing in drones and artificial intelligence, confirms these inaccuracies to the World. "The report does not go into detail about autonomous weapons. It simply notes the presence of ”lurking munitions,“ especially the Kargu-2 system, alongside other military systems, such as armed drones, in the Libyan theater, and indicates that ”lurking munitions" were used in an attack on a convoy, she explains. What the report does not – and cannot - do is assess the degree of autonomy of the system, that is, the degree of human supervision or control. "

The researcher adds: "What is not clear to me is why the incident described in the report has become such a hot topic, given that we have known for some time that 'lurking munitions' have been used in several conflicts. "

Indeed, during clashes in 2016 with Azerbaijan, Artsrun Hovhannisyan, spokesman for the Armenian defense ministry, evoked the use of "a Harop-type drone, made in Israel", which, "rather than containing an explosive charge, is itself the ammunition" and "attacks its targets by self-destructing on it" during the attack on the forces of Marshal Khalifa Haftar.

For the researcher, the novelty of the UN report is due to its academic aspect: "It considers 'lurking munitions' as autonomous lethal weapon systems. This is worth highlighting as the United Nations has been debating since 2014, within the framework of the Convention on certain conventional weapons, the place of lethal autonomous weapon systems and whether their use should be regulated, limited or prohibited. "

Faced with the risk they pose, Amnesty International or Human Rights Watch (HRW) have launched a "campaign against killer robots", saying that it is "doubtful that fully autonomous weapons are capable of complying with the norms of international humanitarian law, including rules of distinction, proportionality and military necessity".