The Council of State will decide in the coming days on the file of the calculation of unemployment benefit before a hearing on the merits in a few weeks. WIKIPE 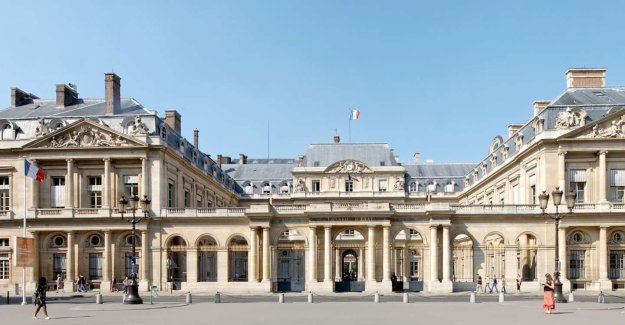 The Council of State will decide in the coming days on the file of the calculation of unemployment benefit before a hearing on the merits in a few weeks. WIKIPEDIA

Same actors, same place, same fight. Unions and government confront each other again, Thursday, October 14, before the Council of State on the thorny issue of calculating unemployment benefit.

All the major confederations have appealed, in summary, to the highest administrative court with the objective of obtaining, as in June, a suspension of these rules, which came into force on 1 October after a new decree. After hearing their arguments and examining the file, the Council of State is expected to decide in the coming days on the suspension of the new rules, and a new hearing to discuss the substance of the reform will be held within a few weeks.

In June, the unions had obtained an urgent suspension of the new rules for calculating the daily reference wage (SJR), the basis for unemployment benefit and a flagship measure of the reform that was to come into force on 1 July. Without questioning the principle of the reform, the Council of State had advanced "uncertainties on the economic situation" to suspend the application of these new rules which will penalize the compensation of job seekers alternating periods of work and inactivity.

According to the executive, these new rules are intended to encourage jobseekers to accept longer contracts, especially since employers will also be encouraged to offer them by the introduction of a "bonus-malus" on unemployment contributions in certain sectors that are large consumers of short contracts.

Read also Article reserved for our subscribers Unemployment insurance: the bonus-malus for companies comes into force "A passage in force"

Without waiting for the opinion of the Council of State on the substance of the new rules, the government has published a new decree, identical to the previous one with simply an entry date shifted to October 1, justifying it by "the sharp rebound in employment since May", with a number of unemployed that is approaching its pre-crisis level.

In fact, the first payment of post-reform allowances will not take place before the beginning of November, giving the Council of State time to decide.

The lawyer of the CGT, Antoine Lyon-Caen, intends to denounce "a passage in force of the government, which had no right to publish a new decree as long as the decision of the Council of State of June was in force". "He should have asked the Council of State beforehand to review his June order by demonstrating that the situation had totally changed," he argues to Agence France-Presse (AFP).

Read also Article reserved for our subscribers The tightening of the calculation of unemployment benefit, a political symbol for Emmanuel Macron

On the merits, the main advantage of the unions remains the gap between the entry into force of the new method of calculation on October 1 and that of the bonus-malus, which will be applied on contributions only in September 2022. The government counters that the "observation period" of companies to calculate this modulation started on July 1, 2021.

But, in June, the Conseil d'Etat had noted that modulation – a term of application of the reform that will have to be renegotiated according to the law in the previous months – "will not become effective until September 1, 2022, and only until October 31, 2022, which greatly attenuates the supposedly incentive nature of the observation period".

The rest of the reform not in question

The FO negotiator, Michel Beaugas, does not want "the debate on the economic situation to overshadow the substantive debate on the inequity of this reform".

According to an assessment by Unédic in April, up to 1.15 million people entitled to benefits in the year following the entry into force of the reform would receive a lower monthly allowance (by 17% on average), with, at the same time, an extended "theoretical duration of compensation" (14 months on average compared to 11 months before the reform). The Ministry of Labour disputes this figure, pointing out that it does not take into account the improvement in the economic situation, nor the "behavioural effects" expected from the reform.

While Mr. Beaugas does not see "no reason to be pessimistic" about the SJR, the rest of the reform, namely the tightening of the rules on the degressivity of benefits and on the duration of affiliation necessary to open or recharge a right, has so far not been questioned by the Council of State.

If the conditions for improved employment are met on 1 December, as is likely, the duration of membership will then increase from four to six months. And the 30% reduction for beneficiaries under the age of 57 who have lost earnings in excess of 4,500 euros gross monthly will apply to the seventh month of compensation and no longer to the ninth.

Read also Article reserved for our subscribers "The new method of calculating unemployment benefits sets up a fair, efficient and coherent system"