The intestinal flora of infants developing within the first 30 months of life, a stable bacterial community. The study of a major international project shows ho 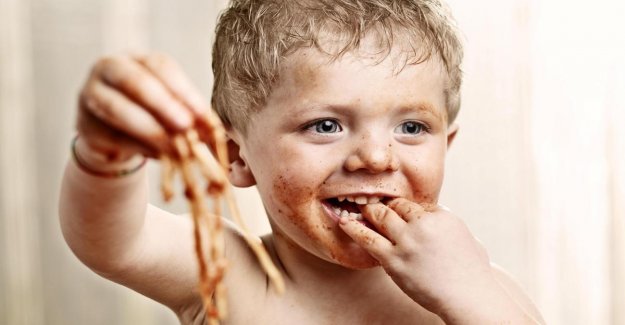 The intestinal flora of infants developing within the first 30 months of life, a stable bacterial community. The study of a major international project shows how important Breastfeeding is and how the Microbiome reacts in the intestine to a change in the diet.

at The age of two and a half years, had children a long-term stable Microbiome, the Team reported in the journal "Nature". "We know that the first years of life are important for the establishment of the Multiple," says project Manager Joseph Petrosino from Baylor College of Medicine in Houston (USA). "You're born with very few microbes, and in these first few years, the microbes accumulate communities in and on the body."

In the study, researchers from four countries, including Germany, analyzed more than 12,000 stool samples. They were of the 900 children between the ages of 3 months to almost four years. The scientists identify micro-organisms based on their genome.

Basically, through the course of the colonization of the digestive tract three phases, they emphasize, on the basis of your data: a phase of development up to the age of 14 months, a transitional phase at the age of 15 to 30 months and a stable Phase in the age of 31 months.

the children, who came and went through natural childbirth and not by caesarean, the researchers found, tend to bacteria increased from the genus Bacteroides. Those babies, this group had increasingly contributed, especially early in a high bacterial diversity. This microbial wealth is generally regarded as favourable.

The exact consequences for the further development, however, are not clarified yet. In addition, Bacteroides were associated with a particularly rapid maturation of Multiple.

reports How the researchers associated breast-feeding with an increased Incidence of bifidobacteria, which are found in many probiotics. This applies in particular to the species B. breve and B. bifidum. "The consumption of breast milk, exclusively or as a Supplement, was the most important factor for the structure of the Multiple" writes the Team.

After the weaning of the children of those bacteria that are able to process human milk disappeared, surprisingly quickly. Instead, Firmicutes bacteria appeared increasingly that are typical of the intestinal flora of adults.

"Then other Bifidobacterium-strains can not grow, the process of the metabolic products of milk," says Petrosino. "This demonstrates how strongly the early nutrition affects the development of the Multiple."

Also siblings, Pets, and place of residence influenced the composition of the intestinal flora. The so-called Teddy study (The Environmental Determinants of Diabetes in the Young) is to clarify the background to the emergence of Diabetes 1 in children. Involved institutions in the United States, Finland and Sweden, as well as the Institute for diabetes research in Munich.