The former war chief of the congolese Bosco Ntaganda at his first trial before the international criminal Court in The Hague, in November 2019. PETER DEJONG / A 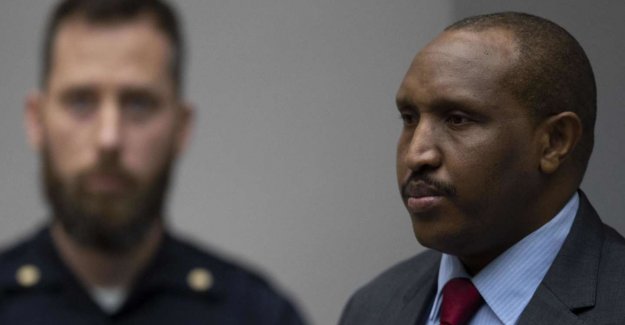 The former war chief of the congolese Bosco Ntaganda at his first trial before the international criminal Court in The Hague, in November 2019. PETER DEJONG / AFP

The international criminal Court (ICC) has confirmed on Tuesday 30 march, the conviction of the former chief of war congolese Bosco Ntaganda to thirty years in prison for war crimes and crimes against humanity committed in the democratic Republic of the Congo (DRC) in the early 2000s.

Mr Ntaganda, former general of the army of the DRC, was always sure to be a "revolutionary" and not a criminal, rejecting his nickname, " the Terminator ". He had made the call after he was convicted in 2019 for 18 counts of war crimes and crimes against humanity, including sexual crimes, massacres, persecution and forcible transfer of the civilian population. The court rejected all its means of appeal against the guilty verdict and against the sentence of thirty years in prison. The judgment is now final, " said the ICC in a statement released at the conclusion of the hearing.

Article reserved for our subscribers Read also In the north-east of the DRC, from the dead by the hundreds and no killer identified 60 000 dead since the beginning of the violence in 1999

at the Beginning of march, the ICC has established a $ 30 million (25 million euros) the amount of compensation awarded to victims of Mr Ntaganda. In their judgment in the first instance, the judges had called determining its role in the crimes committed by his troops in 2002 and 2003 in Ituri, in the north-east of the DRC. According to NGOS, more than 60,000 people have lost their lives since the beginning of the 1999 violence in this unstable region and rich in minerals.

The judges also felt that he was indirectly responsible for many murders have led several military offensives. The old war chief, was also sentenced for the rape of civilians by its troops, including of young girls aged 9 and 11 years old, and for the sexual slavery of child soldiers in its ranks.

The judges of first instance had declared that they had found no extenuating circumstances, rejecting the argument of the defence that Mr. Ntaganda was born in Rwanda in a family tutsi, was himself a victim of the rwandan genocide.

The most severe sentence imposed by the ICC

Mr Ntaganda has played a central role in the planning of the operations of the Union of congolese patriots (UPC) and its armed branch, the Forces patriotiques pour la libération du Congo (FPLC), had hammered the prosecution during the last phase of his trial of first instance, which was opened in September 2015. General of the army of the DRC, from 2007 to 2012, he then became a founding member of the M23 rebel group, eventually defeated by the forces of the government of the DRC in 2013.

Article reserved for our subscribers Read also "The Crossing", Patrick de Saint-Exupéry investigation in the democratic Republic of the Congo, in the footsteps of the genocidal hutu

the result of dissension with struggles within the movement, Mr. Ntaganda was forced to flee to Rwanda and to escape to the United States embassy in Kigali, where he requested his transfer to the ICC, a unique initiative in the history of the court.

It is one of the five war chiefs of the DRC to have been brought before the Court. The sentence of thirty years of prison decided against Mr. Ntaganda is the heaviest ever handed down by the ICC, a court based in The Hague and was established in 2002 to prosecute the worst atrocities in the world.