Mark Zuckerberg, the CEO of Facebook, on October 17, 2019, at Georgetown University in Washington. ANDREW CABALLERO-REYNOLDS / AFP Facebook group co-founder an 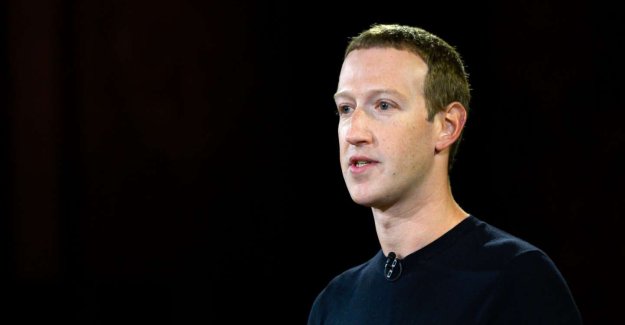 Mark Zuckerberg, the CEO of Facebook, on October 17, 2019, at Georgetown University in Washington. ANDREW CABALLERO-REYNOLDS / AFP

Facebook group co-founder and boss Mark Zuckerberg defended his company on Tuesday, October 5, in the face of accusations from a whistleblower, Frances Haugen, who gave, before a committee of the United States Senate, an unpublished testimony on the practices of the Californian group to tirelessly increase its attendance, at the expense of the safety and well-being of its users.

"At the heart of these accusations is the idea that we value profits over safety and well-being. This is simply not true," Mark Zuckerberg claimed in a lengthy post on his Facebook page.

"The argument that we deliberately highlight content that makes people angry, for profit, is completely illogical. We make money from ads, and advertisers keep telling us that they don't want their ads alongside harmful or vehement content. And I don't know of any tech company that sets out to develop products that make people angry or depressed.  Facebook accused of "choosing profit over safety" for its users

Repeating many points from the whistleblower's testimony that exposed Facebook's indifference to studies showing the toxic influence of the group's social networks on adolescents, Zuckerberg countered: "If we wanted to ignore research, why would we create a cutting-edge curriculum to understand these important issues? If we hadn't cared about fighting harmful content, why would we hire so many people dedicated to it?  ", he advanced, specifying that the social network would continue to conduct research on its societal impact.

"He is not accountable to anyone"

At his hearing, Frances Haugen specifically targeted the group boss.  "There is no such powerful company that is controlled so unilaterally. So in the end, the responsibility falls to Mark Zuckerberg. And he is not accountable to anyone. He is, in fact, the chief designer of algorithms", assured the engineer.

Ms Haugen called on elected officials in the US Congress to act to further regulate the group to the 3.5 billion customers. "Facebook is stuck in a spiral from which they fail to get out," explained the computer engineer about the negative effects of its platforms, which the company is aware of. "They hide this information because they feel stuck. (...) They must admit that they have done wrong, that they need help. This is called moral bankruptcy," she said.

"We still have time to act. But it must be done now," urged the one who left Facebook in May, after two years with the company.

"We do not agree with her way of presenting the topics on which she testified," commented Lena Pietsch, Facebook spokesperson. "But we agree on one thing: it's time to create new rules for the Internet. (...) And rather than waiting for societal change from the industry, (...) it is time for Congress to act. "