In the Ukraine affair, he had charged Trump, now he himself has been convicted. The court in New York found Lev Parnas, former business partner of the former 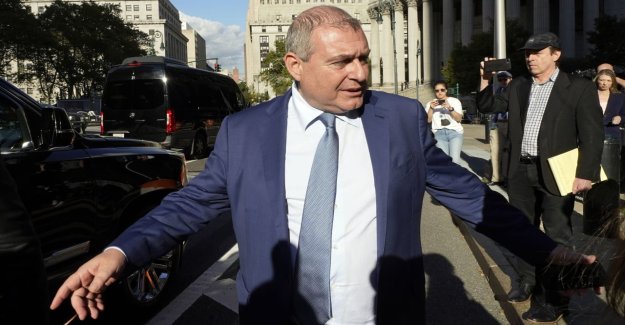 In the Ukraine affair, he had charged Trump, now he himself has been convicted.

The jury found it proven that Parnas, along with co-defendant Andrey Kukushkin, had tried to "manipulate the political system of the United States for their own financial benefit," the prosecution said.

According to the indictment, the men, who were born in Ukraine, wanted to use illegal donations from abroad to gain influence over deputies before the 2018 midterm elections to the Congress. Among other things, Parnas donated $ 325,000 to a campaign organization called America First Action, which campaigned for Trump's re-election in 2020.