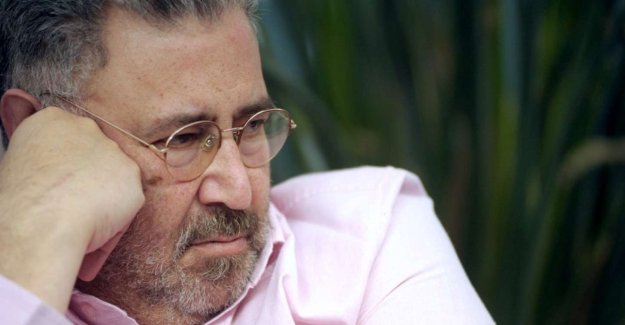 Lawyer Michel Tubiana at a press conference in Ajaccio in 2010. STEPHAN AGOSTINI / AFP

Lawyer Michel Tubiana, honorary president of the Ligue des droits de l'homme (LDH), died Saturday, October 2, at the age of 68, announced the association, which deplores the disappearance of this "tireless activist for the defense of human rights in France and around the world".

Communiqué / The #LDH, meeting today in Central Committee, has the great pain to announce the disappearance of Miche... https://t.co/JTNcBjW2PG

In black dress, Michel Tubiana has notably pleaded as a civil party in the trial of Maurice Papon in 1998, or defended the co-founder of the far-left armed group Direct Action Jean-Marc Rouillan.

He was one of the "peacemakers", members of civil society and key workers in the "disarmament" operation of the Basque separatist organization ETA, and he belonged to the Bake Bidea collective, which campaigns for the rights of Basque prisoners. More recently, he was the lawyer for two comrades of Clément Méric, an anti-Fascist student killed in a brawl with skinheads in Paris in 2013. He had also spoken out against the extradition of former Italian far-left activists who had fled to France during the lead years.

"We lose a great man"

"We have collapsed, we lose a great man who, by his intelligence, his intellectual acuity and his liveliness of mind, was truly a reference for the League", reacted Malik Salemkour, current president of the LDH. "He was still very invested", "on constant alert on the news, and he urged us to be rigorous, firm, with regard to the law and fundamental values", he added.

For the first secretary of the Socialist Party, Olivier Faure, "a great voice has just died. The greatest tribute we can pay him is to prolong his fight for human rights". The number one of Europe Ecology-The Greens, Julien Bayou, praised on Twitter the "tireless fight" of Michel Tubiana.

For the communist Fabien Roussel, the lawyer was "an ardent defender of our freedoms and human dignity". Alexis Corbière, from France Insoumise, sent his condolences to the family, to the relatives of Michel Tubiana, but also to all the "ligueurs".

The LDH will pay a public tribute to him in the coming weeks. "We extend our deepest condolences to his children, Emma and Lucas, as well as to all his relatives and friends," the statement continued.