How the gif got cheesy

"Every time I see someone post a reaction gif, I immediately know that this person is over 33 years old. "The little phrase is funny, but cruel and had trigge 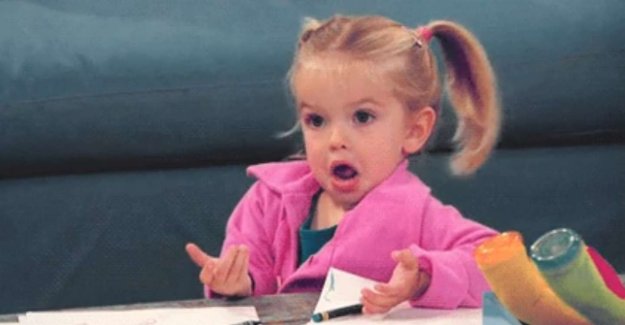 "Every time I see someone post a reaction gif, I immediately know that this person is over 33 years old. "The little phrase is funny, but cruel and had triggered the ire of thousands of people on Twitter a few months ago.

However, it will have to be resolved. After the emoji crying with laughter, it's the turn of another emblem of the 2010s to be nerdy. "Sorry, gifs are now for boomers," says Vice, in an article devoted to the loss of prestige of this animated image format (pronounced "jif"), born in the 1980s and returned to the forefront in the early 2010s – it was, by the way, the word of the year in 2012 for lexicographers of Oxford University Press dictionaries.

"You don't have to look too far to find tweets or videos on TikTok that make fun of gifs, reserved for older people – yes, today, old people are also millennials," says journalist Amelia Tait on the American site. "With the rise in popularity of memes [cultural objects taken over and hijacked] and Instagram, gifs have become rarer and have gone out of fashion," says a 28-year-old podcast producer from London interviewed by our colleagues.

But how did the gif, so popular and ubiquitous in our various messengers, become so corny? In fact, argues Vice, it was precisely this popularity that caused its loss. For years, the gif was a secret shared by what was ultimately a small group of users. Some created them themselves. Others diligently recorded them in folders, after hours spent searching, especially on Tumblr, to bring out the rare pearl at the right time in order to express a specific mood, a reaction.

Then, Google created a special filter in 2013 to search for them. Databases of gifs have also appeared, making the search work simpler. It was in 2013 that Giphy, the most famous of all, was born. These gigantic libraries – which made the "reaction gif" so common that brands created their own images ready to be taken over, for a little easy advertising — ended up being integrated into mainstream messengers like WhatsApp and on social networks like Facebook, anxious to add new features. "The gif button on Twitter? It works (in part) thanks to Giphy. Facebook? We find Giphy. Phone keyboards? Similar. Messaging apps? Obviously. The e-mails? Of course. Tinder? Yes. Slack? Obviously ...", summed up the Popular Mechanics website, in 2018. It's no coincidence that Facebook shelled out $400 million to buy Giphy in 2020.

"Many millennials are starting to see gifs as boomers' toys," says the Vice website

Vice also points out that many dads, many moms, as well as grandparents have also discovered the joys of sharing gifs during lockdowns. In April 2020, Giphy announced a 33% increase in the use of gifs compared to the previous month.

This democratization, however, took place without a part of the younger population, which did not want to take up the codes of older people: "Generation Z may think that gifs are revered by millennials, but, at the same time, many millennials are starting to see gifs as the toys of boomers," Vice writes.

Among the latter, some were even more disgusted to see new people adopting gifs because they were not investing as much as they had been able to do in the past. "This democratization creates a feeling of disgust among people who see themselves as insiders. This has been something central to the process of cultural production on the Internet for years," says Whitney Phillips, professor of communication at Syracuse University (New York).

Gifs are also sometimes seen as a somewhat lazy way to respond, Linda Kaye, professor of cyberpsychology at Edge Hill University (England), tells Vice. For Erika Gajda, a London-based podcast producer quoted by Vice, sending a gif in reaction to something feels like "a bad attempt at a joke... as if a person wasn't original enough to come up with something funny on their own". And, as Whitney Phillips recalls, "the more gifs there are, the less they are considered little sweets or gifts that we offer. Now it is enough just to click on the search button and type a word ".

This is also why the same gifs come out again and again. This is the argument put forward by the American journalist Casey Newton, a specialist in technology, to explain, in part, the loss of the cool side of gifs: "I think one of the reasons why people think that gifs are an old thing is that the result of searches on Twitter brings out the same six or seven all the time and nothing else. "

So should we abandon the gif? Not necessarily, argues Jenny Zhang, who had provoked the ire of thousands of users on Twitter with her message in March 2021: "You can express yourself as you want online as long as it's healthy. You just have to know that younger people may think you're over 33," she said, amused, in April 2021, in a Slate podcast.

And for those who don't want to give it up, there may be a sign of hope. Indeed, as in fashion, on the Internet everything is cyclical. And the gif would not be in its first resurrection. As Vice concludes, "perhaps the ups and downs of gif popularity are an ironic mirror of the format itself, destined to repeat itself endlessly. "Looping, looping, looping.