writing (and reading) it can relieve the pain? Two authors depart from the healing power of narrative to think about the human condition, often marked by pain. 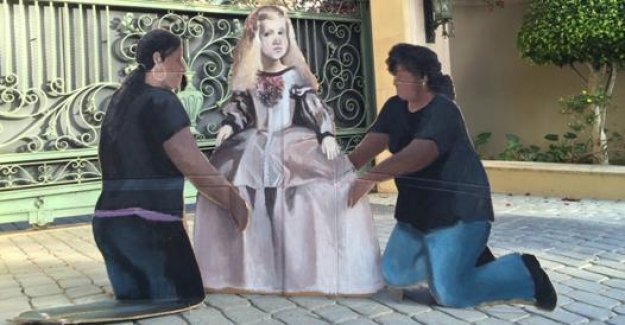 writing (and reading) it can relieve the pain? Two authors depart from the healing power of narrative to think about the human condition, often marked by pain. Are the Italian Ilaria Tuti (Light of the night, Longanesi), and the French Maylis de Kerangal (the Repair of the living, Feltrinelli) that, in a conversation by Annachiara Bags, and are open to confidences personal, speak of the different sensitivity of the authors, investigating topics such as empathy and emotion. It happens on the new issue de "la lettura", the #477, on sale from Sunday, January 17 and Saturday 16 available on the App (downloadable from App Store and Google Play or you can subscribe from here), and on the feeding web.

The cover of "the Reading" #477 signed by Mohammed Ibrahim Dramani

in Addition to the new number, the App of "Reading", which is distinct from that of "Corriere della Sera", offers a series of exclusive contents that are now accessible via the web from the computer (from subscriptions.the courier.it), such as the archive of all of the outputs from 2011 to present: more than 20 thousand items that can be explored with an advanced search engine. Those who want to receive notifications, and in the weekly newsletter of the insert (the one this week, coming to you via email on Friday, January 22nd, the Day of Memory proposes a course of reading through Aharon Appelfeld, Simon Stranger, Lia Levi. You will be able to read the incipit of their books, The immortal Bartfuss (Trans); The only way to say goodbye (Einaudi stile libero, out January 26); The Day of Memory told my grandchildren , Piemme). The price of the subscription to the App is € 3.99 per month or 39,99 year, with a week free. The App can also donate by purchasing a Gift Card in the Libraries.coop or from this page.

Every morning is proposed, and the Theme of the Day: a close examination, an interview, an anticipation, even through multimedia content. The Friday, January 22, is closely related to the conversation between Ilaria Tuti and Maylis de Kerangal proposal from the insert. The Theme, in fact, is the text of a letter that Ilaria Tuti send to the readers (exclusive to the App of the supplement) on the occasion of the release of the new book Light of the night. All the motives that led her to write the novel in a time of deep sorrow — the loss of the granddaughter of almost 9 years, which the book is dedicated — and why he chose to share it.

The 'Themes' section of the App also collects other investigations, such as those of Stefano Montefiori (a profile of the French entrepreneur François Pinault, interviewed by Stefano Bucci in the supplement) or Anna Gandolfi, that in the supplement to signature service on "Your World", a sculpture temporary conceived by the artist Lorenzo Quinn for the gulf of Sulzano (Brescia) — on the Land-art. Or that of the sociologist Carlo Bordoni on narcissism. And again: the incipit de The other name of Jon Fosse (in the library from 21 January to The ship of Theseus), interviewed by Alessia Rastelli in the supplement, and to Anne-Marie, the Beauty , the new book by writer and playwright French Yasmina Reza (Adelphi, from the 21st of January), interview — always in the insert — by Marco Missiroli. Or the introduction to the volume, to Live forever. Scenarios of the new immortality of the research group have Sputnik Futures, just released by the Assayer.

Back to the new number, in the interview, Stefano Bucci, François Pinault is told from the outset: the first item purchased, and passion for art gained by visiting a small gallery unknown, the projects that are ready to start (still blocked by the lockdown wizard) as the Stock exchange in Paris that bears the signature of Tadao Ando, space venetians of art, such as Punta della Dogana and Palazzo Grassi. But it also illustrates what the period taught an entrepreneur global like him: the need for a different model and more supportive for the future.

An extensive interview-portrait that reflects on our time, and on-the-job writing to tell you about it is that Niccolò Ammaniti, author of a longseller also become the film (directed by Gabriele Salvatores) as I am not afraid, about two million copies sold, and a writer of prophetic in the novel "pandemic" Anna, which in the spring will be released for the tv series. Cristina Taglietti, Ammaniti tells what the characters of his books very much to himself, and to us, too: stories of distances from the world — the prison underground I am not afraid, the cellar of Me and you — that today seem almost "stories of lockdown", and say how the training adolescence and growth are often marked, even in times less dramatic, from loneliness and separateness. And then he speaks of the way in which he writes the stories, her relationship is not easy with the writing, the enthusiasm with which it dealt with the filming of the tv series.

Literature, cinema and art, mirror of the times, take the signs of the pandemic, but if I can even laugh? The reflection of Francesco Piccolo, which opens the "Reading" reasons-on the "courage" of the laughter on topics tragic: it already happened (Woody Allen with the joke about Wagner and the nazi invasion of Poland) and not undervalued, but the analysis, of doubt, of participation. Comparing concerning the comedian Claudio Bisio and the writer Federico Baccomo, who wrote of the (terrible) cabaret in concentration camps in what's there to laugh (Mondadori): the conversation is curated by Jessica Chia. The comedy in times of tragic back in time back to Aristophanes, as illustrated by Luciano Canfora, while the "grotesque" is about Stefania Olive actor Massimo Popolizio, which has led to the cinema, a Mussolini "comic". And Gino Vignali, inventor and Michele Mozzati of the cycle, but the ants... in the interview, Severino Colombo explains the difficulty and the need of a laugh, even today.

Other conversations and interviews on the number: Emanuele Trevi law book "found" the descendant of the last king moldovan, Matila C. Ghyka (Rain of stars (Atlantis), window on a central Europe that has now disappeared; and the English author Natalie Haynes offers a new story in Italy, who revisits the myth of Orpheus from the perspective of Eurydice.