The former DFB President Theo Zwanziger (75)does not actually give any more interviews on association topics. However, the comparison between DFB boss Fritz Kel 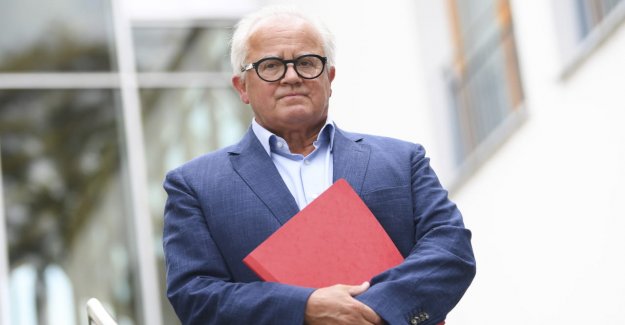 The former DFB President Theo Zwanziger (75)does not actually give any more interviews on association topics. However, the comparison between DFB boss Fritz Keller and his Vice President Rainer Koch at the meeting of the Executive Committee on Friday has taken such a heavy toll on Zwanziger that he wants to talk about the responsibility that a DFB president bears in dealing with the Nazi era and must also live by. < / p>

< strong> IMAGE: Dr. Zwanziger, DFB President Fritz Keller compared his vice President Rainer Koch to a Nazi judge in a meeting of the executive Committee. During your time as DFB President, you worked hard to come to terms with the association's Nazi past, introducing the Julius Hirsch Prize. How do you rate this statement by the president?

Theo Zwanziger: "I'm stunned. How can the DFB President introduce such a Nazi comparison in this socially important office? And then also against a man like Rainer Koch, who, according to the rule of law and democracy, has created an absolutely clean vita and who, together with me, has launched the Julius Hirsch Prize? The fact that Fritz Keller reproaches this man shows that he has no depth at this point. He does not deal with the basics and the processes. As DFB President, he must show more depth!“