911 operator in woman's suicide was charged after she failed to dispatch an ambulance home to her after a caller stated, "She's going to Die."

Pennsylvania 911 operator faces rare involuntary murder charge for failing to dispatch an ambulance to rural home of woman who died from internal bleeding one day later. 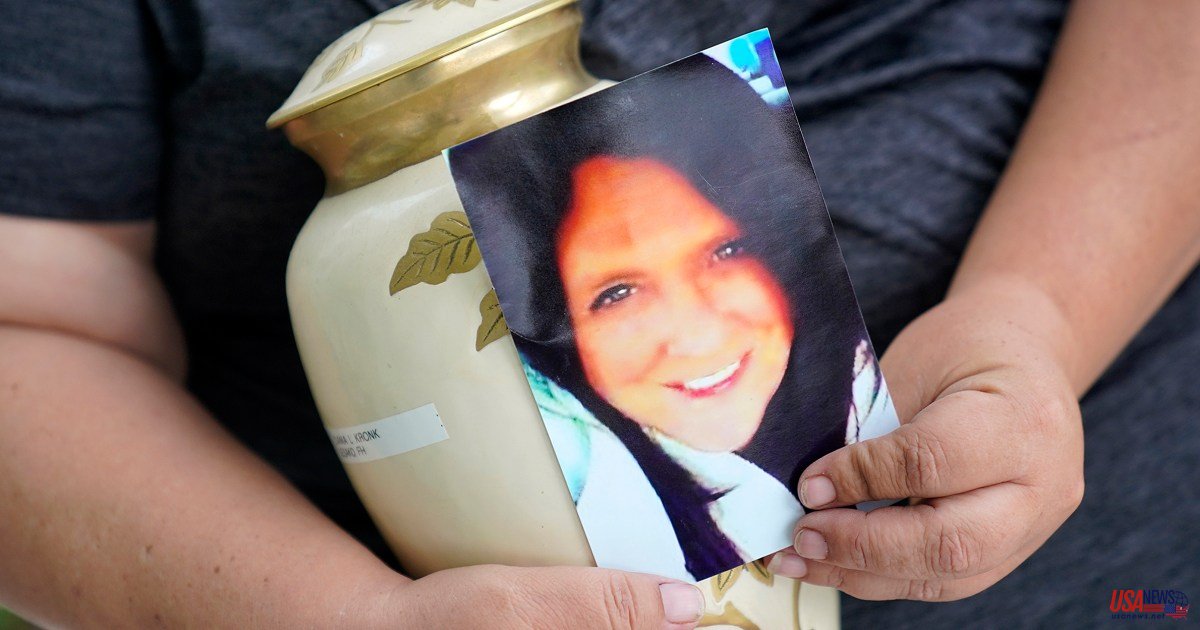 Pennsylvania 911 operator faces rare involuntary murder charge for failing to dispatch an ambulance to rural home of woman who died from internal bleeding one day later. This despite the pleas of the woman's daughter, that she would not die if she didn't get medical attention.

Last week, a Greene County detective filed charges against Leon Price, 50, Waynesburg, for the July 2020 death Diania Kronk (54). This was based on Price’s unwillingness to dispatch help and not getting more assurance Kronk would go to the hospital.

Kronk's 38-year-old daughter Kelly Titchenell said, "I believe that she would still be alive today if they had sent an ambulance."

Price was also charged with reckless endangerment and official oppression. Price repeatedly questioned Titchenell during the four-minute conversation about whether Kronk would be willing to be treated.

Price was arraigned on June 29th and released on bail. Price did not respond to messages left at his home, which was listed under his name. Officials also stated that a defense lawyer had not reached the district court.

"It must be very clear throughout all of the state that calling doesn't have to be contingent on someone on the other side of the phone saying that there will be service provided," Lawrence E. Bolind Jr., the federal plaintiff representing Titchenell, said. "This is what we are trying to prevent from happening to anyone else."

The 911 recording shows that Price, a police officer identified as Price, responded to Titchenell’s description of her mother needing hospital treatment. She asked Price if she would "go" to the hospital located about half an hour away from Sycamore.

As she drove from Mather, Titchenell said to Price, "She will be,"

Price stated that he would send an ambulance, but then said that "we really have to make sure she's available to go."

Titchenell stated, "She's going go, she's gonna go," "Cause she's going, she's getting to go, there's no other." She stated that Kronk wasn't thinking clearly and that her mother was her closest relative. Price asked Titchenell again if Kronk would actually go. Titchenell responded: "OK, well can we just try?"

Price was shocked when Titchenell informed Price that she was only 10 minutes away from her mother's house. Price then asked Titchenell if she would call 911 again once Kronk was ready to go in an ambulance.

Titchenell apologized, and Price responded: "No, ma'am, don't feel sorry. "Please, just call me when I get out there.

Titchenell told her children and their three kids that Kronk was nude and speaking incoherently when she arrived at her house. She asked her mother to don a robe.

Titchenell stated that she heard her saying "She was fine, she's OK" repeatedly. "She's the mom. She doesn't listen.

Titchenell stated that she couldn't call her mother's home phone because the landline was not accessible and that there wasn't cell service. Also, she didn't call her home on her way back. She believed her uncle would check on her soon and that another 911 call would be futile.

This is unheard-of, to me. Titchenell stated that they will send an ambulance for any reason. "And here I am telling him that my mom is going to die. It's her death and she doesn’t get an ambulance.

Her brother discovered the next day that their mother had passed away.

Greene County District Attorney Dave Russo said that he is investigating whether any training or policy was used by the 911 dispatchers in the county to refuse service to callers.

Russo stated in an interview that "we all deserve equal protections and we all should have access to medical services." "I am concerned about the safety of the community."

John Kelly, a Naperville lawyer and general counsel for the National Emergency Number Association, stated that although criminal charges against dispatchers are rare, they have been brought against them.

Kelly instructs dispatcher training in a case where a Detroit 911 operator was placed on probation for a year in 2008. She then lost her job because she, authorities claimed, did not respond to a call from a boy to report that his mother had died. The boy, aged five years old, testified that Price and Greene County accused him of playing games. He also hung up on her and said that she couldn't hear him. Price, Greene County and two 911 supervisors were sued by Titchenell on behalf of her mother's estate. Price is accused of "callous refusal to public emergency medical service."

Marie Milie Jones, a lawyer representing the county and 911 supervisors in federal court, stated that her clients will vigorously defend the lawsuit, and they do not believe they are responsible for Kronk’s death. Although she acknowledged that Price is the subject of ongoing personnel matters, she declined to give more details.

"It was tragic that this woman had passed away. Jones stated that it was difficult from a personal perspective. "I don't want to comment on her specific circumstances."

Titchenell explained to Price that her mother was a heavy drinker for several weeks before her death. She also said that she noticed that Kronk was losing weight and "turning yellow."

She stated that she often thinks of her mother, a former manager at a sub shop. She loved to cook, help others, and spoil her five grandchildren.