The Champions League final experienced an unusual event in Paris. 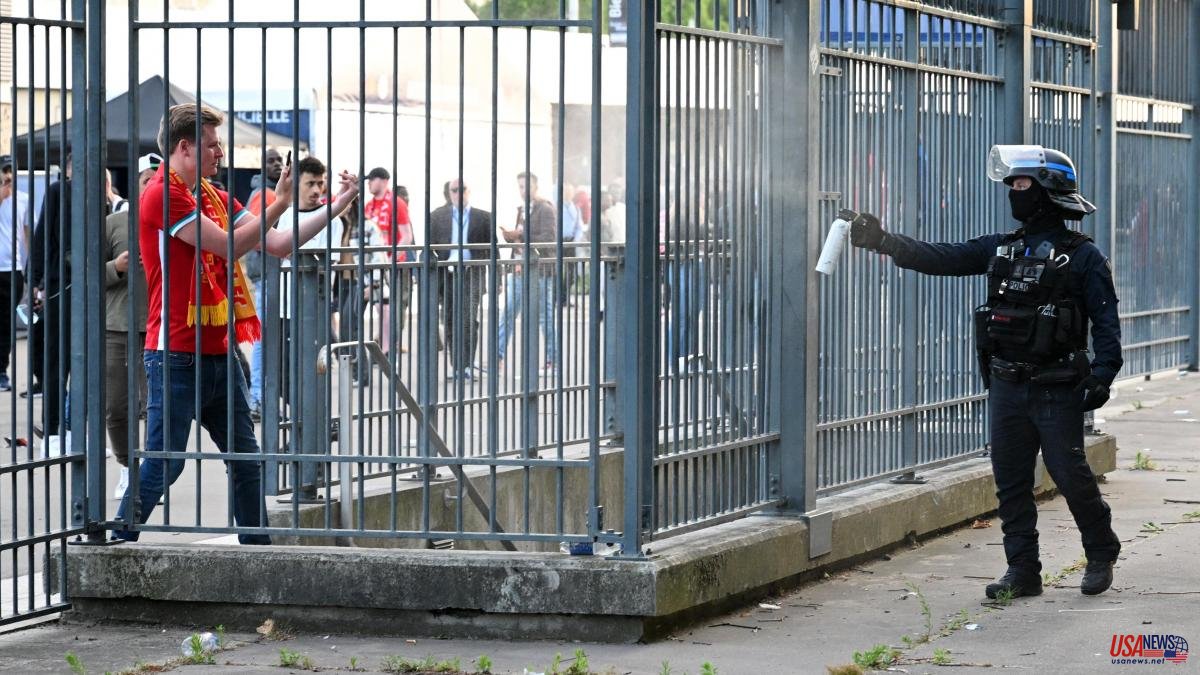 The Champions League final experienced an unusual event in Paris. It started more than half an hour late due to security problems at the entrances to the Stade de France, a fact that left UEFA in a very bad place. The lack of control experienced moments before the start of Liverpool - Real Madrid resulted in 68 people being arrested, of which 39 were imprisoned, according to sources from the French police prefecture.

During the night, after one in the morning, the Police also clarified that in total the firefighters intervened to attend to 238 people who were slightly injured, without any of them having to be hospitalized. According to the France Info radio station, one of the detainees had 50 false tickets on him, and many spectators with tickets could not enter until the first part had already started.

The match in which Real Madrid won against Liverpool (1-0) was held in a context of police tension with the start being delayed 35 minutes due to the retentions at the entrance to the stadium and the attempt of thousands of other jump the queue. The authorities finally managed to disperse those who were in front of the stadium, even using tear gas in some cases, on a night in which France was marked by organizational problems one year after hosting the Rugby World Cup and two of the Games. Olympics.

The French press has blamed the organizational problems on the lack of time that Paris has had to organize the meeting, which until three months ago was scheduled to be held in Saint Petersburg but was transferred to France due to the Russian invasion of Ukraine.

In a statement, the Police clarified that numerous fans without a ticket or with false tickets disturbed access to the stadium, where the external security perimeter was located. "Exercising strong pressure to enter the venue, the fans delayed the access of spectators with a ticket. Taking advantage of this situation, a certain number of people managed to cross the gates that protect the stadium," explained the Police.

The dispersion of the zones dedicated to the fans, one in Saint Denis that welcomed 4,000 madridistas and another in the east of Paris with some 30,000 Britons, took place without incident. The Minister of the Interior, Gérald Darmanin, directly pointed out this problem to British fans, accusing them of having tried to force entry even violently.

"Thanks to the numerous law enforcement forces mobilized tonight in this difficult context," he added on his Twitter account. In total, there was a deployment of 6,800 security forces between the Stade de France and the two fan zones. For its part, UEFA specified that it will examine the problems that were registered "urgently" with the police, the French authorities and the French Football Federation.