Around eight o'clock in the afternoon of August 4, 1962, Norma Jean Mortenson -more commonly known as Marilyn Monroe- locked herself in her room at her house in Brentwood, California, citing significant fatigue and the urgent need to get into bed. 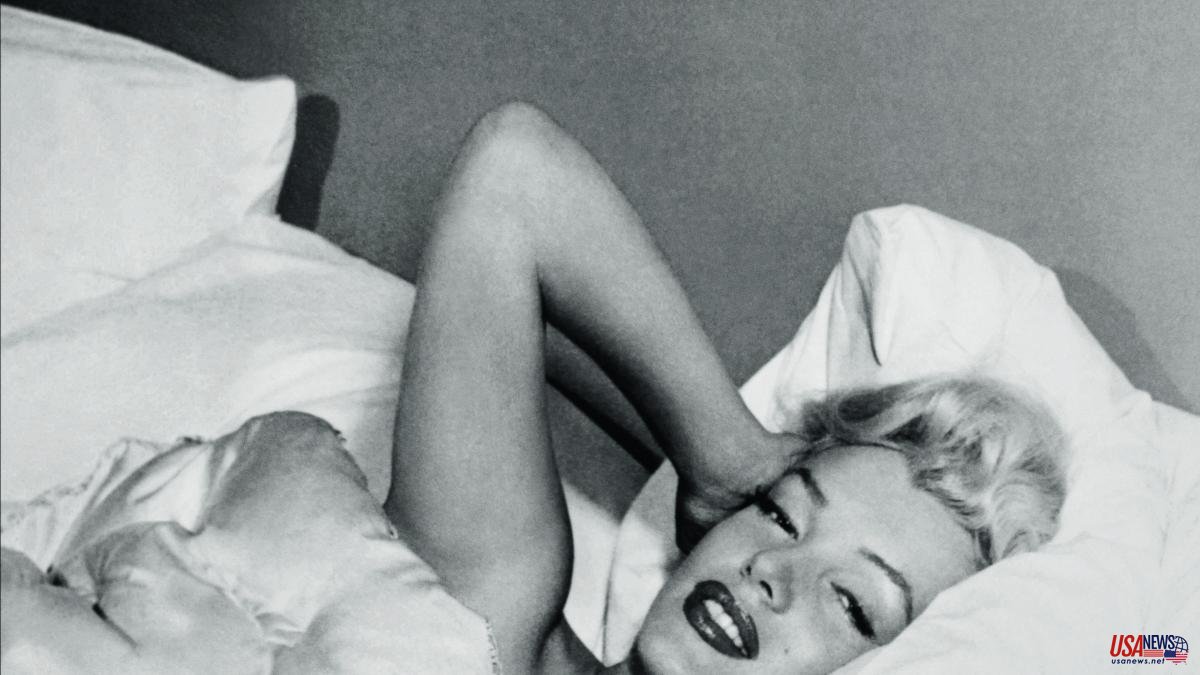 Around eight o'clock in the afternoon of August 4, 1962, Norma Jean Mortenson -more commonly known as Marilyn Monroe- locked herself in her room at her house in Brentwood, California, citing significant fatigue and the urgent need to get into bed. The official version ensures that hours later, around 3 in the morning, Eunice Murray, the actress's housekeeper, called Monroe's psychiatrist, worried about the impossibility of entering her room because it was locked. . Ralph Greenson went quickly to the home, broke the window of the actress's room, who was lying dead on her bed. Other versions suggest that the actress was discovered unconscious around eleven o'clock at night and that she died in the ambulance on the way to the hospital. Regardless of whether we decide to trust one version or the other, the fact is the same: that night. Marilyn Monroe died at the age of 36.

The cause of death was clear from the beginning: overdose. The actress had voluntarily or involuntarily ingested large amounts of pentobarbital, a medication prescribed to treat anxiety disorders and difficulty sleeping. What surprised the world at that time was that after the autopsy extremely high levels of this drug were found, indicating that the drug had been gradually absorbed: Monroe had been intoxicated for weeks and the hypothesis that someone had forced her to take the drug hit was ruled out. Thus, it was concluded that it had been a suicide without giving any other explanation.

Norma Jean Morternson was born on June 1, 1926 in Los Angeles. Her mother was a film editor and her father abandoned her shortly before her birth, causing great emotional and financial problems that would lead the young mother to give her daughter to family friends. Between nervous breakdowns and depressive episodes, the instability of Monroe's mother made her wander for years through various Californian orphanages and various foster families. Once she came of age, the young promise began to work in an ammunition factory, where she was photographed by a journalist who was preparing a report on working women during World War II. Captivated by her beauty and charisma, she recommended that he join a modeling agency. By 1945, she had already appeared in more than 30 American fashion magazines.

From the end of the 1940s, Monroe began to play secondary roles in films from the production company 20th Century Fox and Columbia, without much repercussion for her career. In 1952, she played Peggy in Late Night, Annabel in We're Not Married, and Nell Forbes in Fog in the Soul. His boom in popularity came in 1953, when he starred in How to Marry a Millionaire, Temptation Lives Upstairs and Gentlemen Prefer Blondes, in which he wore his legendary pink suit and prayed to find a man who knew Tiffany's and Cartier and give yourself the best jewels and diamonds.

In 1959 she suffered a spontaneous abortion that resulted in a major nervous breakdown. In parallel, she recorded Some Like It Hot with Jack Lemmon and Tony Curtis, who complained about the lack of professionalism of the actress, her unpunctuality and the impossibility of memorizing the phrases of her script. Her consumption of alcohol and anti-anxiety medication skyrocketed and her personal life fell apart, even divorcing her third husband in 1961, screenwriter Arthur Miller, after five years of marriage. In 1962 she began filming Something's got to give, directed by George Cukor and which was never released because it was unfinished. That same year, Monroe sang the mythical Happy Birthday to John F. Kennedy, with whom it was rumored that she had had a romantic relationship for years.

Since Monroe's death, hypotheses about his relationship with the former president and the circumstances of his death have multiplied. Some support the thesis of suicide, based on his previous admissions to psychiatric wards. Others trust that the actress was poisoned by those interested in the end of her romance with Kennedy. Be that as it may, the death of the actress was a great loss for Hollywood, an industry that often underestimated and underestimated her intelligence, potential, complexity and depth of her.