Six people sustained injuries Friday night after a car drove off the curb and hit a table outside of a Chicago restaurant. 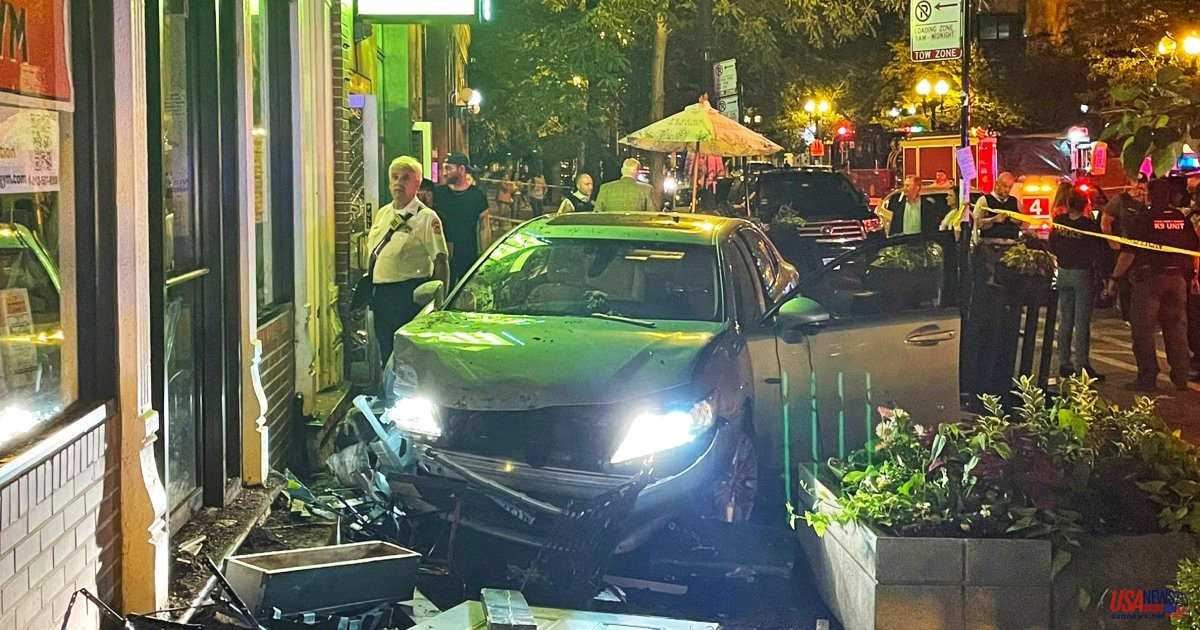 Six people sustained injuries Friday night after a car drove off the curb and hit a table outside of a Chicago restaurant.

According to a tweet by the Chicago Fire Department's media accounts, five victims were taken to hospital. One victim refused treatment.

According to the fire department, the vehicle was stolen. The driver was "fleeing" at the time the car ran off the curb. This happened just before 10:30 p.m. Police could not confirm this information.

According to a police news release, the sedan was trying to pass the Toyota Prius in the same direction and it collided with the front of the Prius.

The Lexus driver lost control of his vehicle and ran off the curb. This caused multiple people to be injured while they were dining on Uproar's patio. Uproar stated in a Facebook post that two of the victims were restaurant workers.

According to police, two men (26 and 32) and a woman (26) were taken to St. Mary's Hospital in good condition. A 26-year old woman and a 24-year old woman also suffered broken legs and were both taken to Northwestern in fair conditions.