2023 mortgages will be more expensive and harder to get

The latest Survey on Bank Loans published by the Bank of Spain gives an account of the new direction that the mortgage market has taken. 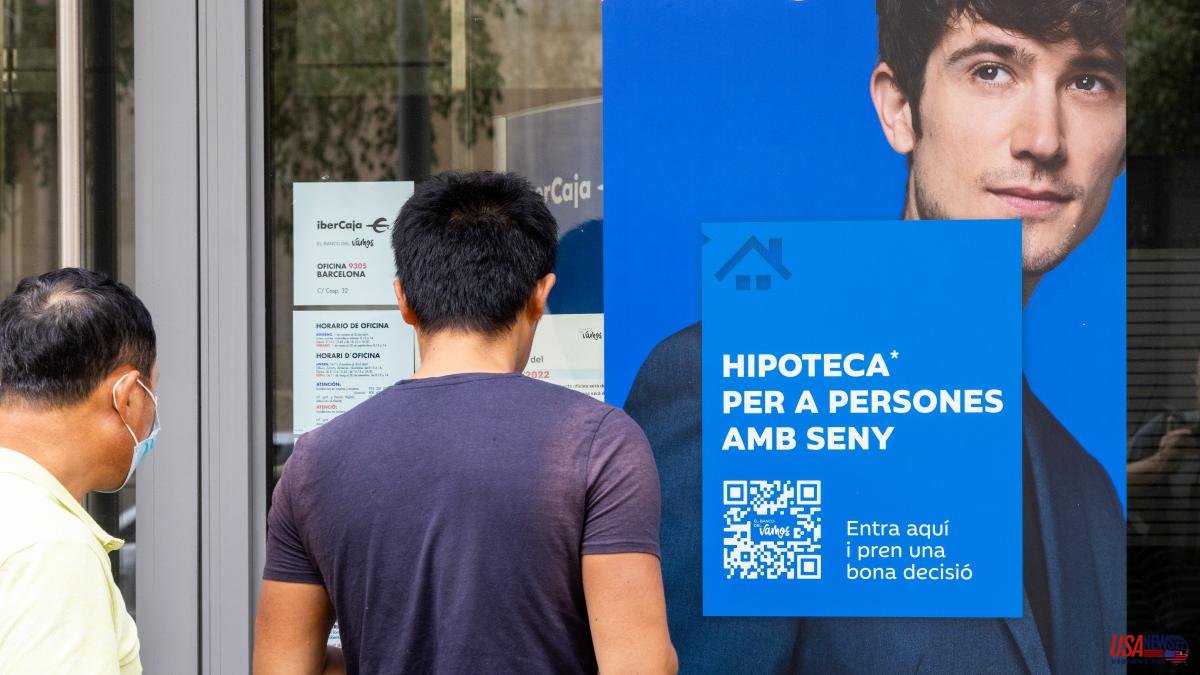 The latest Survey on Bank Loans published by the Bank of Spain gives an account of the new direction that the mortgage market has taken. According to the financial entities consulted by this body, in the third quarter of 2022 more expensive mortgages were granted and the requirements to access these products were tightened. In other words, getting a loan to buy a home was more expensive and more difficult.

Will this trend continue at the end of this banking course and in 2023? According to analysts from the financial comparator HelpMyCash.com, everything points to yes. Its forecasts for next year indicate that the European Central Bank will be forced to maintain its rate hikes to control inflation in the euro area, which will negatively affect mortgages: their interest will be higher, their access requirements will be tougher and their contracting, as well as the purchase and sale of homes, will decrease.

From this comparator they consider it very likely that the European Central Bank (ECB) will raise its interest rates to 3% in the coming months (it increased them from 0% to 2.5% between June and December 2022). The reason? This body will be forced to make the price of money more expensive to reduce inflation in the euro zone, which is still in double digits: its value in November was 10.1%.

The rise in ECB interest, in turn, will keep the Euribor up, which is the index with which the interest on variable mortgages is calculated. It should be remembered that this reference represents the average price at which the main European banks lend money to each other: as it will cost them more to finance themselves through the European Central Bank, they will transfer this increase to the rates of their interbank loans.

According to HelpMyCash, it is very likely that the Euribor will be around 3% by the end of this year and 3.5% by the middle of next year (its value in November was 2.828%). Therefore, variable mortgages, whose interest depends on this index, will become more expensive: both current ones and those contracted in 2023. To slightly offset this rise, the analysts of this comparator believe that banks will slightly lower the spreads of its new offers at a variable rate, which is the part that is added to the Euribor to calculate the interest, until placing them at an average of 0.50%.

The bank will also transfer this increase to the fixed mortgages that are granted in 2023. According to the comparator analysts, it is very likely that the interest on these loans will increase to between 4% and 5%. Therefore, offers such as the BBVA Fixed Mortgage (interest starting at 2.40%) or the EVO Banco Fixed Rate Smart Mortgage (starting at 2.65%) could have their days numbered.

By having a higher interest, the installments of the mortgages that are contracted in 2023 will be higher. Therefore, accessing these products will be more complicated, since a higher income will have to be collected to be able to meet the monthly payments. From HelpMyCash they remember that it is not advisable to sign a mortgage if the amount of their installments represents more than 35% of the holders' net monthly income.

Banks will also be more cautious than in previous years, given the economic uncertainty that has settled in Europe due to inflation and the war in Ukraine. Consequently, it is very likely that the requirements to access mortgages will be tougher: it will require higher income and greater job stability to reduce the risk of default as much as possible.

Finally, HelpMyCash analysts affirm that fewer mortgages will be taken out next year than in 2022. It is a logical consequence, they argue, of the more expensive these products and the tightening of access requirements: there will be fewer people who can afford the signature of a mortgage loan and, therefore, the number of operations will be reduced.

As fewer mortgages will be contracted, it is also very likely that the number of sales will decrease, especially if the forecasts that suggest that the price of housing will not drop significantly in 2023 come true. However, according to the comparator, the predictions they are conditioned by the progress of the war in Ukraine: if the war ends in the coming months, it is possible that inflation will drop, that the ECB will stagnate its interest rates and that mortgages will become less expensive.