2022, the year of the three prime ministers in the United Kingdom

Great Britain, said Henri Heine, is the best place to spend the end of the world because things happen a century later. 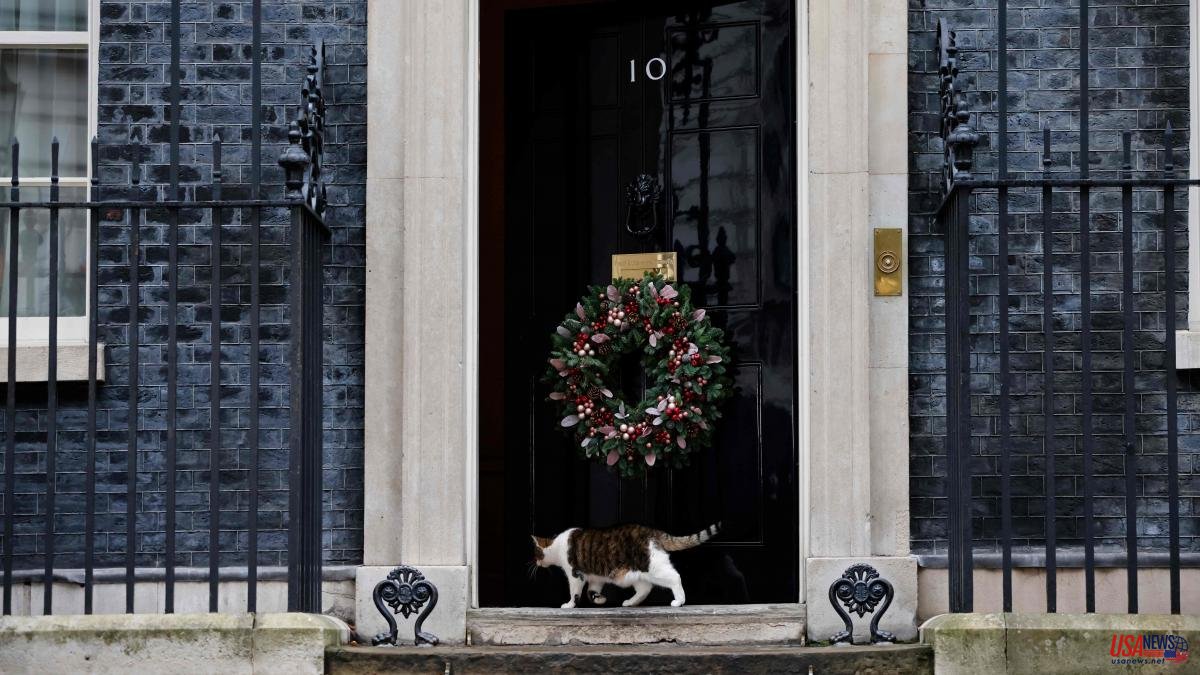 Great Britain, said Henri Heine, is the best place to spend the end of the world because things happen a century later. But 2022 has been an atypical year in which everything has happened, the country has had three prime ministers, four finance ministers and six budgets, it has been intervened by the markets, Brexit has joined the pandemic and the war Ukraine to wreak havoc, and the death of Queen Elizabeth has allowed Carlos III to enter the scene. Events that sometimes span decades have been concentrated in twelve months.

Tomorrow Big Ben will ring the bell in a dysfunctional United Kingdom, plunged into the most absolute economic and social chaos, territorially fragmented, with a wave of strikes reminiscent of the "winters of discontent" of 78 and 79, a public health system that has ceased to be operational and an unprecedented increase in the cost of living. The British are going to slam the door with delight, if I've seen you I don't remember and hope you do well.

Politically, it has been a tragicomedy in three acts, the first Boris Johnson, the second Liz Truss and the third Rishi Sunak, all without holding a general election, eaten and stewed by parliamentarians and members of the Conservative Party (some 150,000), with the remaining 67 million people becoming mere silent witnesses. An instability to which the country is not accustomed, the result of exhaustion after twelve consecutive years of Tory rule and the prospect of a change of cycle.

When Johnson won the election in late 2019 by a landslide, vowing to make Brexit a reality and forging an unprecedented coalition of traditional rural Tories and anti-immigrant, Europe-allergic ex-Labor, it looked as if Labor would take at least another few years. eight years to come to power. Now he caresses him, for the decomposition of his rivals. Structural, demographic, economic and cyclical forces are playing in their favour, and the Tories seem destined to seek their identity from the opposition.

The hypocrisy of partygate (illegal parties on Downing Street during the pandemic) took away an arrogant Boris Johnson who always believed himself above good and evil, superior to other mortals and not subject to the same rules. He was the finishing touch, but before he had lost the halo of a born winner. His promises to equalize the poor English north and the rich south turned up in smoke, for lack of genuine willingness to make the necessary investment in infrastructure. With Brexit done, and unable to keep the electoral coalition alive, it had lost its usefulness. To classical conservatives, his "social democratic" policies were a real affront.

His fall was the chronicle of a long-announced death, which finally occurred in the summer, when he was left alone and the Minister of Economy, Rishi Sunak, stuck the fire flag into him. But in British politics the murderer never wears the crown, and it was Liz Truss, Foreign Minister, who inherited the throne. Brexit and the Johnson phenomenon had already suggested the loss of the traditional British seny, but Truss drove the country mad with an incendiary experiment in lowering taxes in the midst of an inflation crisis, prompting financial markets into de facto intervention, get rid of her and carry Sunak to Downing Street, by acclamation.

The current prime minister has fulfilled his role, which was to restore stability to politics and the economy, develop a more conventional monetary and fiscal strategy (in tune with the Bank of England and the Federal Reserve), stop the fall in the pound sterling and slow the rise in the cost of government debt and mortgages. He appears serious compared to his chaotic predecessors, but he doesn't seem brimming with ideas for solving the nation's chronic ills.

Strikes by railway employees, nurses, ambulance drivers, postmen and border police have paralyzed the country, with the government opposed to meeting their wage demands because it says there is no money and they would fuel inflation, in the hope that the citizenry will take their side and blame the union militancy. But at the moment it is not like that. History doesn't always repeat itself, and we're not in the 1980s, when Thatcher came up with a new ideology and a different way of doing things.

Contributing to the general depression that Great Britain is going through is the loss of faith in its universal public healthcare, which is almost a religion (there are seven and a half million people in line for operations), and the change of the much-loved Queen Elizabeth for a Charles III received with indifference, and that does not arouse anywhere near the enthusiasm that his mother. The fights between the hard core of the Windsors and the “exiles from Montecito”, Enrique and Meghan, seem frivolous as life becomes more and more expensive, there are more food banks and shelters for those who cannot afford heat.

Brits end 2022 mired in existential gloom, resigned to a Brexit that doesn't work, fearful that the near-term future will be even worse. Not even their soccer and rugby teams have given them joy. Only cricket, and only the English.