Everything indicated that 2022 would be a good year overall in terms of employment and once the year ended, the forecast was confirmed, although the data for December show that, in this field as well, there are some signs of slowdown. 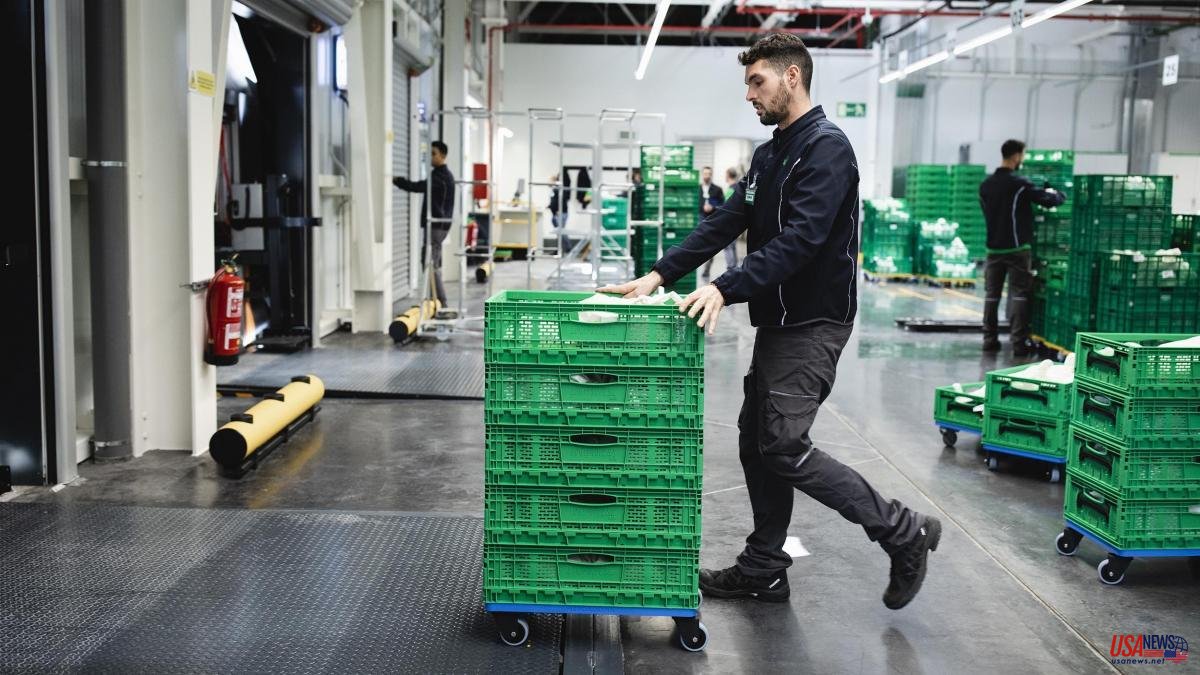 Everything indicated that 2022 would be a good year overall in terms of employment and once the year ended, the forecast was confirmed, although the data for December show that, in this field as well, there are some signs of slowdown. The reduction in unemployment is lower than in other years.

Specifically, last year 417,360 jobs were created, leading to a total of 20,296,271 members of Social Security; and furthermore, there are 268,252 fewer unemployed than at the beginning of the year, which leaves the total number of registered unemployed at 2,837,653, the lowest figure since 2007, according to data released on Tuesday.

Thus, for most of the year there has been a downward trend in the number of registered unemployment, only interrupted in January and the three summer months.

A trend confirmed in December, which ended with 43,727 fewer unemployed than the previous month, representing a decrease of 1.52%. However, it is a reduction in unemployment that is clearly lower than that of last year, when it fell by 76,000 people, and also slightly below that of the December months of the pre-pandemic years, when it fell by 49,000 average unemployed in the period 2017-2019. December is traditionally a good month for job creation, but on this occasion you may be noticing the slowdown in the economy.

By economic sector, in December unemployment fell especially in services, followed by agriculture, while it increased very slightly in industry, and more notably in construction.

The improvement in employment stability is also confirmed, with a total of 18,310,343 contracts signed throughout the year, which is four million fewer contracts than in 2019, in the pre-pandemic period. It is one of the impacts of the labor reform, according to the Ministry of Labor, which also highlights that nearly five million more permanent contracts have been signed than in 2019, as well as nine million fewer temporary contracts.

With regard to Social Security, in December there were 12,640 more affiliates on average compared to the previous month, which brings the total number of affiliates to 20,296,271. There are 471,360 affiliates more than a year earlier, an increase of 2.38%.

In seasonally adjusted terms, that is, discounting the calendar effect, the number of affiliates fell by 8,347 in December compared to November, a month that registered a large increase. In this way, in the whole of the year, the increase is of more than 471,000 new affiliates. Employment growth stands out in sectors with high added value, such as IT and telecommunications, and professional, scientific and technical activities.

The Ministry of Inclusion and Social Security also highlights that the first full year of application of the labor reform has led to a positive effect on employment stability. They refer to the fact that there are 2.3 million more affiliates with an indefinite contract than a year ago, and that young people are the most benefited, given that three out of four under 30s now have an indefinite contract (76%), when before of the reform was one in two (47% on average 2017-2021). In absolute terms, in December there were two million young affiliates with a permanent contract, 800,000 more than a year earlier.