2022: a crucial year for the Andorran financial system

In 1776, Adam Smith published The Wealth of Nations, one of the most important economic treatises in history. 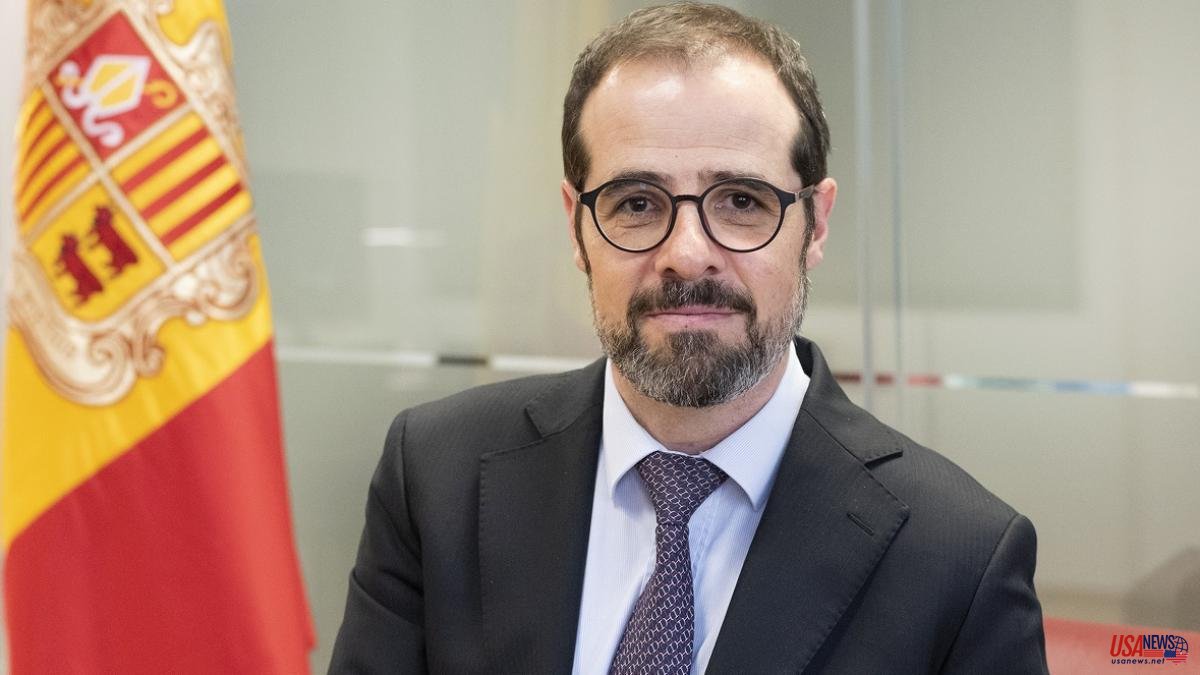 In 1776, Adam Smith published The Wealth of Nations, one of the most important economic treatises in history. In this work, the famous Scottish economist and philosopher defended an innovative reasoning that changed the course of economic thought: the progress of a country is achieved not so much by increasing capital as, above all, by allowing a greater part of this capital to be invested and be productive. The conclusion is relevant: to achieve the economic progress of a country, the proper functioning of the financial system is required. This postulate is still valid today and, in fact, it is one of the few visions shared by central bank governors, members of governments and the majority of citizens.

Also in the mid-18th century, the Andorran lawyer Antoni Fiter y Rossell, a contemporary of Adam Smith, collected the laws and customs of the Principality of Andorra in the Manual digest de les valls neutrals d'Andorra. This essential work for the recognition of the singularities of the Andorran identity is divided into six books, the last of which explains the 56 principles, called màximes, on "true politics and solid prudence". It is important to highlight how this principle of prudence is repeatedly mentioned in the Maximes and, in fact, it is alluded to in fifteen of them. In the end, the expression “doing Andorran”, present in the Catalan lexicon and dictionaries, has a marked nuance of prudence.

At this point, the reader of La Vanguardia may wonder about the reason for these two historical references. Well then, towards the end of December, when the balance of the year is taken, it is the appropriate moment to confirm if the values ​​of prudence and proper functioning of the financial system have continued in force this 2022.

The Andorran Financial Authority (AFA) is the supervisor and regulator of the three main sectors that make up the principality's financial system: banking, financial investment entities and insurance. In Spain, these responsibilities fall, respectively, on the Bank of Spain, the National Securities Market Commission and the General Directorate of Insurance and Pension Funds. From the perspective offered by this joint supervision, the most relevant facts of each of the three sectors can be highlighted.

The banking sector, which this year has been marked by a significant concentration process, has integrated the five entities that existed at the beginning of the year into three banking groups. This process, similar to the one carried out in most European countries, allows Andorran banking groups to increase their volume, and, therefore, be more efficient and face the digital transformation processes with guarantees that will allow them to offer new financial services to the clients. On the contrary, any sector concentration carries the risk of affecting or limiting competition. The reality is that the sector continues to offer services in a healthy competitive manner, as demonstrated by the appearance, this year, of new digital channels and new products for customers.

Secondly, financial investment entities have recorded, this year, growth both in market share and in the number of licenses requested from the AFA and have thus consolidated a positive trend in asset management and financial advisory activities.

For its part, this year, the Andorran insurance sector has successfully completed the implementation of the regulation known as Solvency II, the most demanding in capital management and procedures for insurance companies, and thus has provided it with greater strength. and offers more protection to policyholders.

This favorable evolution of the three sectors should be a good basis for adapting to the radical change in the paradigm that the global financial system is undergoing. In just a few months, interest rates have gone from abnormally low, and even negative, as a result of markedly lax monetary policies, to rapidly rising rates with prospects of continuing to rise. The AFA has assumed new responsibilities this year in terms of supervision and regulation, such as cybersecurity, digital assets, the Housing Fund and regarding the monitoring of the implementation of the sanctions for the war in Russia and Ukraine.

This 2022 has also seen how the AFA has markedly expanded its own functions of a central bank. In this sense, several laws approved by the Andorran Parliament have granted responsibility for the custody of the principality's international reserves, constituted for the first time in the country's history, as well as the power to grant lines for the urgent provision of liquidity, a consolidated prudential mechanism in the European banking sector. In this context, the AFA has agreed the first repo line with the European Central Bank.

Other powers of the AFA as acting central bank that have been consolidated this year include co-responsibility in preparing certain statistical reports, such as the financial part of the balance of payment, as well as detecting counterfeit bills and coins. euro through the National Currency Analysis Center (CNAM) and the National Analysis Center (CNA), both organizations within the structure of the AFA.

The Andorran financial system has shown full effervescence in 2022 and has adequately adapted to the rapid changes in the markets and the services required by financial clients. This reality should allow it to face, from a solid position, the new challenges that will come, among which the future Association Agreement stands out, currently under negotiation between Andorra and the European Union, in which financial services will play a leading role. I am convinced that the prudential principles of the Manual digest and those of Adam Smith's necessary proper functioning of the financial system will continue to be reference points for the next few years, as they have been for more than two and a half centuries.