17.5% of the socialist vote supported Juanma Moreno in the Andalusian elections of 19-J

Juanma Moreno, president-elect of the Junta de Andalucía after obtaining an absolute majority (58 seats) in the last 19-J elections, scratched up to 17. 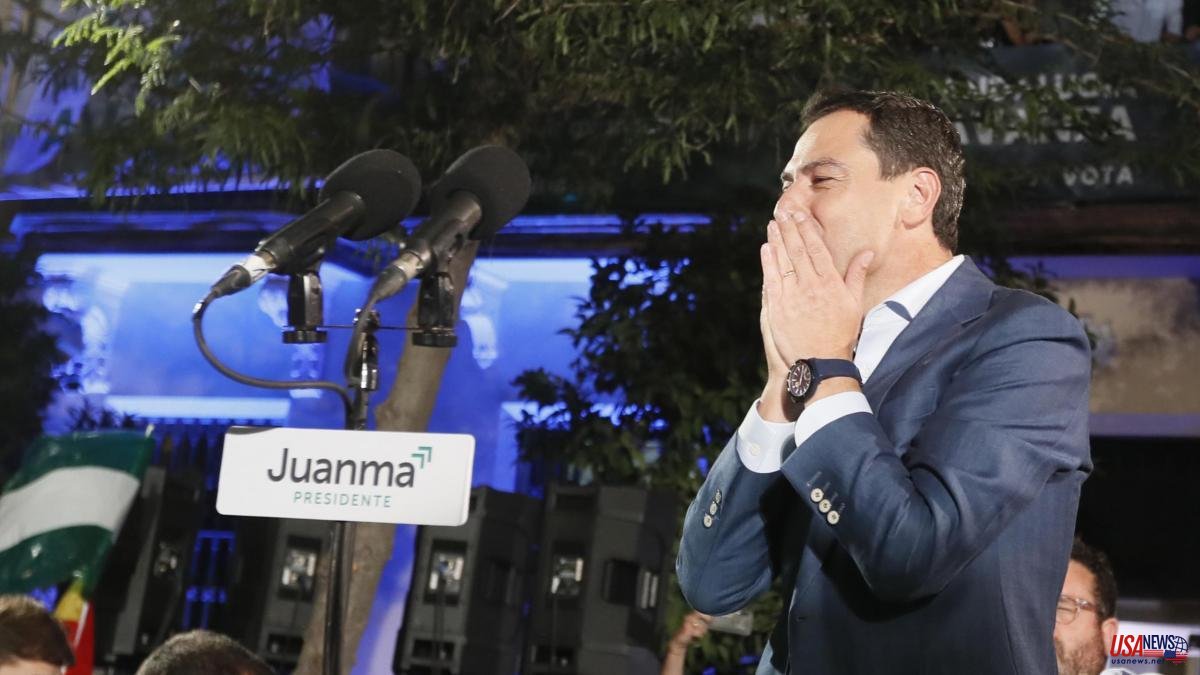 Juanma Moreno, president-elect of the Junta de Andalucía after obtaining an absolute majority (58 seats) in the last 19-J elections, scratched up to 17.5 percent of those who voted for the PSOE in 2018 to the detriment of the PSOE candidate, John Swords.

According to a post-election survey carried out by the CIS, the popular party, in addition, added the support of 71% of the ballots from Ciudadanos.

The popular candidate retained the support that he had already obtained four years earlier, since 86.6 percent of his support repeated on June 19, according to this survey, carried out the week after the elections with almost 4,000 interviews.

33.8 percent of those who voted for Vox in 2018 supported the PP, percentages of vote transfer that are 4.5 percent in the case of Adelante Andalucía (now divided) and 21.5 percent of Pacma.

Moreno has also obtained 39 percent of those who decided not to vote in 2018, according to the response of those surveyed in this survey.

Let us remember that Adelante Andalucía added several forces in the 2018 elections (Podemos and IU), although throughout the legislature the agreement was blown up and in this new appointment with the polls both parties presented different candidacies. Under the Adelante Andalucía brand, Teresa Rodríguez entered the elections, obtaining two seats and, on the other hand, Por Andalucía, under the baton of Inmaculada Nieto, obtained five seats.

Vox loyalized 64.8 percent of its 2018 voters and attracted 8.4 percent of PP voters four years ago. The far-right formation, the third most voted force, added two more seats to its credit, a total of 14 deputies.

For its part, Ciudadanos has only managed to maintain 14.2 percent of its voters, a poor result that meant that the orange formation was left without parliamentary representation.