A group of 16 scientists and activists, five of whom are Spanish, remain in police custody after participating in a "non-violent" climate protest in Germany, as reported by the Scientific Rebellion collective. 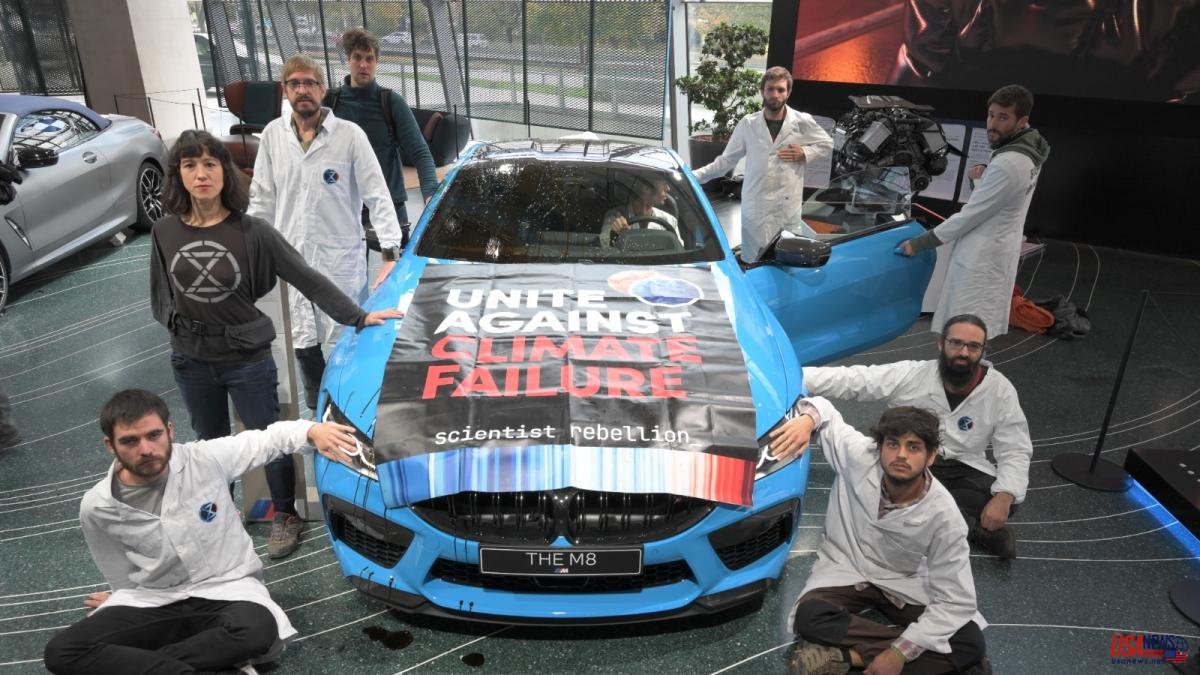 A group of 16 scientists and activists, five of whom are Spanish, remain in police custody after participating in a "non-violent" climate protest in Germany, as reported by the Scientific Rebellion collective. The same sources have specified that the detainees will be transferred to the Stadelheim prison, in the Giesing district of Munich, or other facilities this Monday.

The arrests have occurred during a blockade action in the Bavarian capital that has received the support of a hundred theologians of the German Church to "defend the truth against political fiction", as explained by the group. "These actions of nonviolent civil disobedience bring to light the most disturbing truth: we cannot meet the goal of limiting global warming to 1.5 degrees," he explains.

Among the people currently in police custody, according to the collective, there are five Spaniards: the environmentalologist Victor de Santos, the doctor in physics and mathematics Mauricio Misquero, the engineers Fernando Rojas and Joseba Sáenz de Navarrete and the artist and activist Marta Moreno. Munoz.

Scientific Rebellion Spain, of which people linked to the scientific and academic community are a part, has posted a video on its Twitter account in which the detainees themselves announce that they are incarcerated. "The climate and ecological catastrophe has forced us to leave our laboratories and carry out non-violent civil disobedience actions in Germany," he says in the tweet.

Separately, more than 1,000 academics from around 40 countries have signed an open letter asking their colleagues "to share with the public what they share with each other about the world's response to climate change and biodiversity loss."

The open letter organized and self-published by climate action group Scientist Rebellion has been signed by leading IPCC academics and lead authors.

One of the letter's signatories, Professor Marta Guadalupe Rivera Ferre, a food systems expert and lead author of the IPCC, states: "This is a landmark statement from academia. It underlines the urgent need for experts to clearly tell the public in politicians and the environmental movement that there is no viable option to stay below 1.5°C".

Undersigned Stella Nyambura Mbau, postdoc in sustainable development from Kenya, says: "It is critical that scholars across the global north raise their voices about the failure to stay below 1.5C of warming. Scholars in the global south need our colleagues in Europe and North America speak up, as they are conditioned by political and economic power to resist climate action. This has never been more urgent, as a 1.5°C world approaches."

The letter states: "Senior academics accept that there is no plausible pathway to 1.5°C. This requires global emissions to peak before 2025 and be reduced by 43% by 2030. Even that would lead to over 1.5°C in the next ten years. The most optimistic scenario presented by the IPCC is based on the hypothetical large-scale deployment of carbon technologies to reduce temperatures by the end of the century."

He continues: "Continuing to say publicly that 1.5°C is still alive is no longer tenable, but politicians, leading academics and the environmental movement persist in doing so. In response, polluting industries and policy makers are being encouraged to resist rapid decarbonization".

The signer of the letter, Professor Bill McGuire, Emeritus Professor of Geophysical and Climate Risk at the University of London: "Giving the public the impression that we can stay within the 1.5°C barrier is dangerous, misleading and simply untrue. Not only does it suggest that we can still avert widespread climate collapse, but it provides an excuse for politicians to continue to prevaricate and for polluters to continue polluting."

In response, the letter calls on the scientific community working on all aspects of climate change to make a public statement before COP27 consisting of the following:

"First of all, to make clear the inevitability of not reaching the 1.5°C target set by the IPCC in its latest assessment."

"Second, set the challenge of restricting temperature rise to "well below 2°C" (in line with the 2015 Paris Agreement), using the most conservative assumptions about the potential of negative emission technologies This is to reflect the scientific uncertainty on the subject, and to show the public the importance of reducing carbon emissions, in line with scientific findings."

"Finally, and in direct response to the above, calling for the three pillars of climate policy -- mitigation, adaptation, and compensation (i.e., loss and damage) -- to be effective. This means that rich nations commit to and deliver on the provision of one hundred billion dollars a year to help the poorest countries to mitigate climate change, as a minimum starting point".