At some of the top museums around the world, there are a variety of exhibitions featuring and about LGBTQ artists. 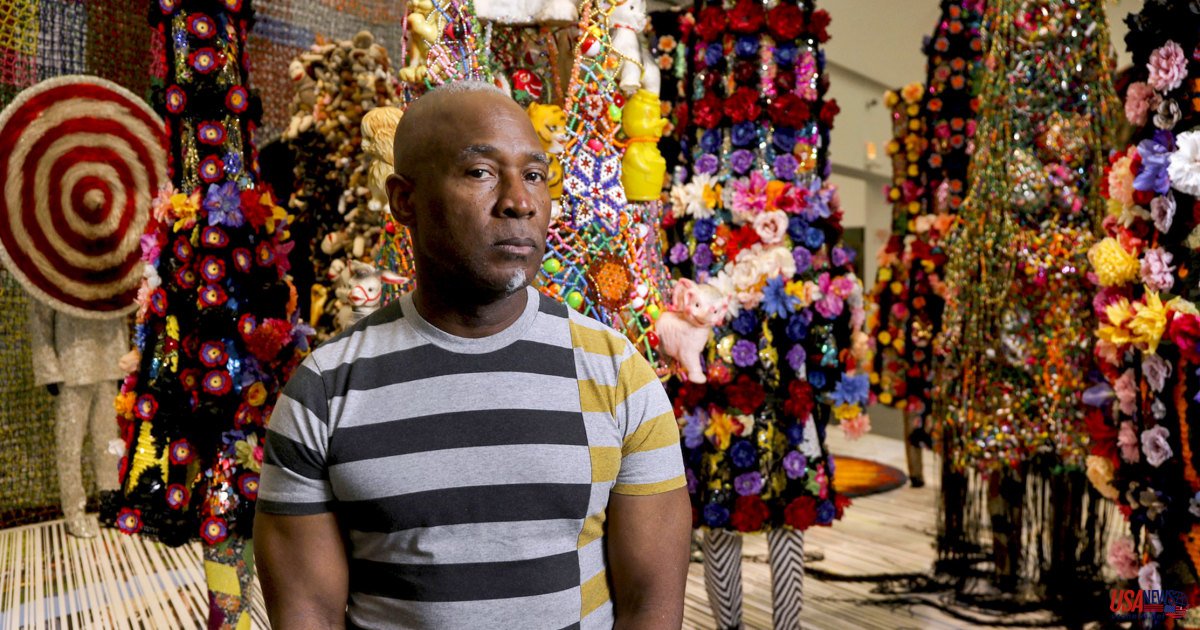 At some of the top museums around the world, there are a variety of exhibitions featuring and about LGBTQ artists. We have compiled a list of the top summer '22 exhibitions from all over the United States, including Baltimore.

The American premiere of Lorenza Bottner's work explores the ways that the 20th-century Chilean German artist used a variety media to highlight the complexity of her gender expression.

Laurence Philomene, a nonbinary trans Montreal artist, has been documenting, through candid and staged daily photos, the effects of testosterone therapy on their bodies and moods since early 2019. These images encourage viewers to think beyond binary identities.

Leon Polk Smith is considered one of the pioneers of "hard edge painting" and used simple forms and bright colors to challenge the most basic painting conventions. This exhibition focuses on Smith’s work from the 1950s when his mature style started to flourish.

Barbara Wagner and Benjamin de Burca, a Brazilian German filmmaking team, combine their journalism and visual arts backgrounds to explore the urban youth subcultures of marginalized communities. One of their most recognizable works is "Swinguerra", which showcases the traditional-rich, contemporary styles of three different queer dancers from northern Brazil.

Rick Barton, a mysterious artist who captured his diverse subjects with a web of pen and ink lines, was influential among a small group gay Beat movement artists in San Francisco in the 1950s and 1960s. This is the first public exhibition of Barton's artwork, which includes 60 drawings, two sketchbooks, and five printed works.

This is Nick Cave's first comprehensive career-spanning overview. It features his vibrant sculptures, fashion videos and installations. They cover all aspects of his work as an educator, performer, designer, activist and educator. The latest works from Cave's "Soundsuits” series are new and never-before-seen.

The Baltimore Museum of Art hosts three shows that are creatively curated and LGBTQ-themed. It is one of the most queerest ever collections of separate exhibitions at an institution.

The first is "Shapeshifting": A centuries-spanning, innovative and insightful look at gender identity. It includes works by Zackarydrucker, Man Ray and Gerda Wegener.

In "No Ordinary Love," 45 works, including many created especially for the show, showcase Salman Toor's colorful, queer and playful visions from Brooklyn, New York.

The provocative "Devotions" feature also features the moving photos of Elle Perez, a New York-based transgender artist who is not gender-nonconforming.

The first West Coast exhibit of Lee Alexander McQueen's work places the designer's visionary work in context with contemporary artists who draw upon similar themes and visual reference. It also examines the interdisciplinarity that shaped his short career.

About 30 gay men took over an apartment in Friedrichshain, the city's Friedrichshain area, on the first May Day following the fall of the Berlin Wall. They created the Tuntenhaus Forellenhof which was a utopian group of communist queers. Through voices, anecdotes and relics, this fascinating exhibit reveals the daily lives of the people of this brief-lived experiment.

The interrelated work of Nick Vaughan, Jake Margolin, and their life partners, Jake Margolin, highlights the history of LGBTQ communities in America that are often marginalized. Their ongoing "50 States" project honors lesser-known pre-Stonewall histories. Blaffer's new exhibition focuses on "wind prints", a collection of drawings in which "50 States” imagery is lightly stenciled with charcoal powder, and then blown off.

This heartfelt and sincere group show features four LGBTQ artists, Erickson Diaz Cortes, Jordan Ramsey Ismaiel and Em Van Loan. They also share their work that is inspired or based on their intimate relationships with each other.